A new type of surgery using radio waves to destroy overactive nerves around the kidneys could help millions of people with high blood pressure.
The procedure involves burning away nerve tissue around the kidney arteries and was found to aid patients whose condition could not be maintained using medication.

The team behind the 30 minute procedure believe it will mean an end to the use of pills to normalise blood pressure. 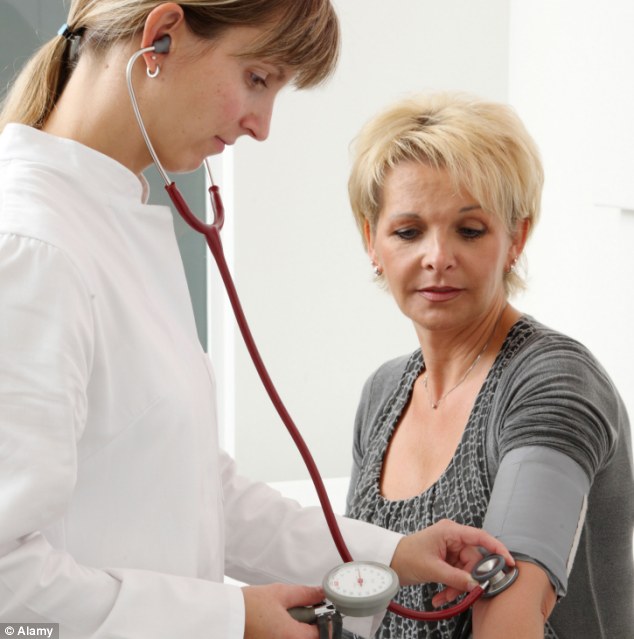 Revolution: The new procedure may bring an end to the use of drugs to normalise high blood pressure

The Australian scientists believe the results of their study could revolutionise treatment of high blood pressure, a belief which was echoed by experts in the UK.

‘It could cure a large proportion of sufferers, bringing their blood pressure well into normal range.’
The procedure may even make the use of drugs to control the condition obsolete.

Study leader Professor Murray Esler, from the Baker IDI Heart and Diabetes Institute in Melbourne, Australia, said: ‘Studies will soon determine whether this procedure can cure mild hypertension, producing permanent drug-free normalisation of blood pressure.
‘Based on blood pressure declines achieved, reduction in heart attack and stroke rates of more than 40 per cent is anticipated.’ 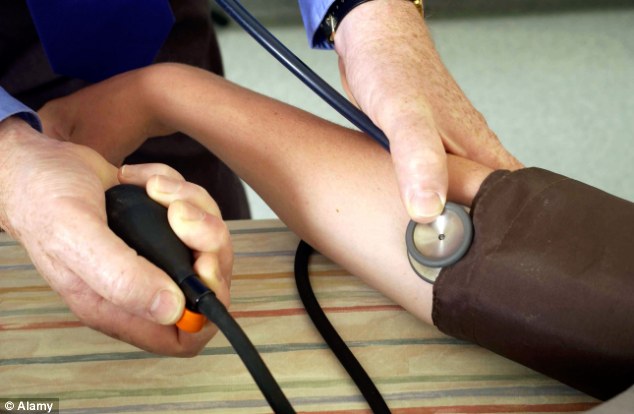 Common issue: The new procedure may give a new lease of life to the 16 million people in the UK suffering from high blood pressure

The minimally invasive procedure is known as catheter-based renal denervation.

It uses a probe passed through the femoral artery which fires short bursts of intense radio waves to destroy nerves around the kidneys which may be overactive in patients with hypertension.
‘Participants’ kidneys were not damaged or functionally impaired,’ Professor Esler said, adding that the study saw no negative effects on patients’ long-term health from the procedure.
The patients in the study all had blood pressure readings of 160 or higher, and had taken three or more types of medication to normalise their blood pressure.

The findings, reported in the journal Circulation, showed that six months after treatment systolic blood pressure was reduced by at least 10 millimetres of mercury in 83 per cent of one group of patients. The systolic reading measures blood pressure with each beat of the heart.
Almost 79 per cent of the same group were able to maintain such reductions for a year.
High blood pressure is a major risk factor for heart disease and stroke and affects 16 million people in the UK.
Read more: http://www.dailymail.co.uk/health/article-2249765/Simple-30-minute-procedure-blasts-kidneys-radio-waves-cure-high-blood-pressure.html#ixzz2FS5NXe7d

Oldest general store in America closes its doors after 224 years

‘Alive Inside’: Documentary examines music’s positive effect on the elderly