He died in 1798 and for many years, his skeleton was used as an anatomical exhibit. He’s now getting a respectful burial in a brief ceremony at the Capitol.

By: Daniela Altimari The Hartford Courant, Published on Fri Sep 13 2013

HARTFORD, CONN.—Lying in repose beneath the rotunda of the state Capitol is an honor usually reserved for ex-governors and other prominent officials. But on Thursday morning, the bones of a slave from Waterbury were accorded the same honor.

An African-American man named Fortune was the legal property of a Waterbury physician. He died in 1798, perhaps of a broken neck or by drowning, and for many years his skeleton was used as an anatomical exhibit. It was later donated to the Mattatuck Museum, where the skeleton was one of the most popular exhibits.
But around 1970, Fortune’s remains were removed from display and the movement to learn about his life and, ultimately, provide him with a respectful burial began to take shape, an effort that would culminate with Thursday’s brief ceremony at the Capitol.

“Mr. Fortune served as a slave all the years of his earthly life,” said Steven R. Mullins, president of the Southern Union of Black Episcopalians. “What happened to Mr. Fortune should not happen to any human being in the world. … This is our opportunity today … to make up for that.”
Mullins said Fortune’s plight serves as a reminder that slavery existed in the North as well. He called the service a “teachable moment.” Like the other speakers at the service, Mullins used the title “Mr.,” as a way of conveying respect. 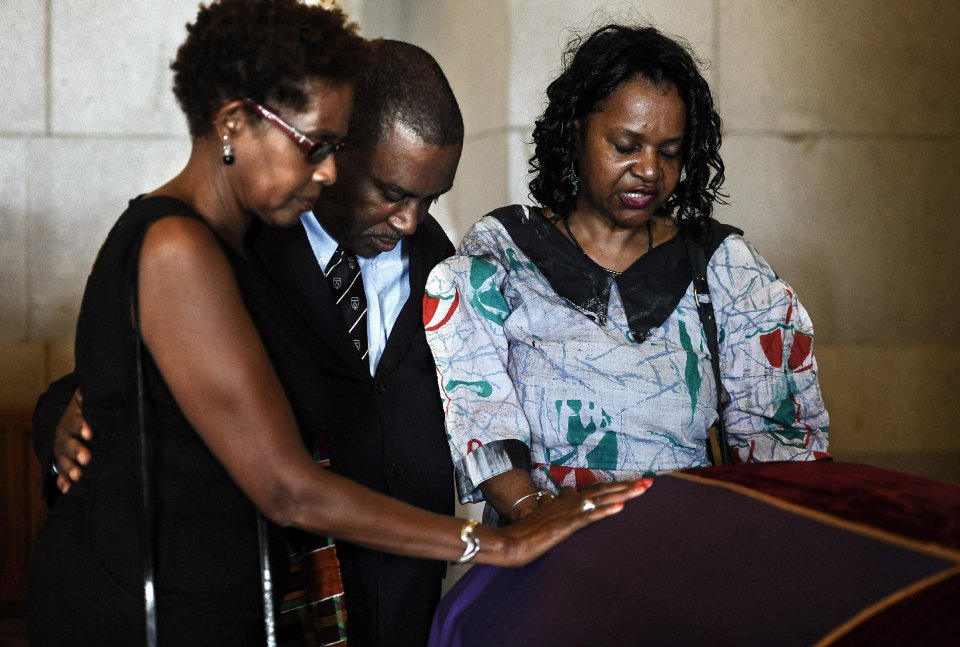 The service began when a casket draped in purple cloth and carrying Fortune’s bones was wheeled into the Capitol, where a small crowd of religious leaders, history buffs, officials and television crews had gathered beneath the ornate brass chandeliers. After prayers and remarks, it concluded with a powerful rendition of “The Battle Hymn of the Republic,” performed by Mullins’ 9-year-old daughter, Nora.
Lt. Gov. Nancy Wyman noted that Fortune’s life was extremely challenging. “Even after death, he did not get the respect he should have as a man … as a human being,” she said. “This state is welcoming him now … Mr. Fortune, you are somebody (who) will not be forgotten.”
Following the ceremony, Fortune’s casket will be driven, with a police escort, to Waterbury. He was baptized in the Episcopal church and his funeral will be held at St. John’s Episcopal Church in Waterbury.
His remains will be buried at Riverside Cemetery, in the same section where many members of the city’s 18th-century aristocrats are buried.
Mullins savored the irony. “Talk about contrasts. He is now good enough to rest in the same dirt as they’re in.”

African Origins of the Banjo: Plucking at racial history with the Banjo