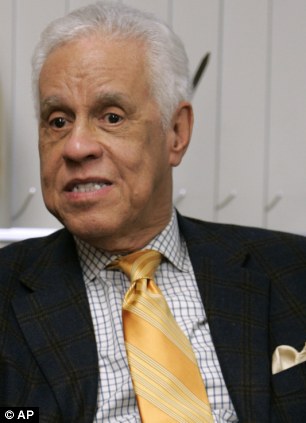 Criticism: Douglas Wilder, who was the first black governor in the U.S., said he felt the vice-president’s ‘chains’ comment made a joke of slavery

America’s first black governor has become the most senior Democrat to break ranks over Joe Biden’s ‘y’all in chains’ comments, telling the Vice President: ‘Slavery is nothing to joke about.’

Douglas Wilder, who was governor of Virginia from 1990 to 1994, told CNN that ‘without question’ Biden’s remarks in Danville, Virginia ‘were appeals to race’.

He continued: ‘The important thing I got out of this was Biden separated himself from what he accused the people of doing. As a matter of fact, what he said is they are going to do something to y’all, not to me. Not us. So he was still involved with that separate American.

“As far as I am concerned, the President would not associate himself with those remarks. And I expect as the days go forward there will be more clarity associated with what the president feels about what Joe Biden said.’

Wilder said on CNN that it had long been his view that Obama, as suggested by Sarah Palin on Tuesday, should dump Biden and adopt Hillary Clinton as his vice-presidential running mate.

‘If Hillary were on that ticket today based on the job she’s done as secretary of state, I think that would be a clearer advantage the president would be seeing.

‘It’s not going to happen. It’s too late. I think she’ll be getting herself together for 2016. But that doesn’t help the president today. What the president need to do it disassociate himself from trying to show anybody that division is what this administration is about as some may have said, “cool it, back up”.’ 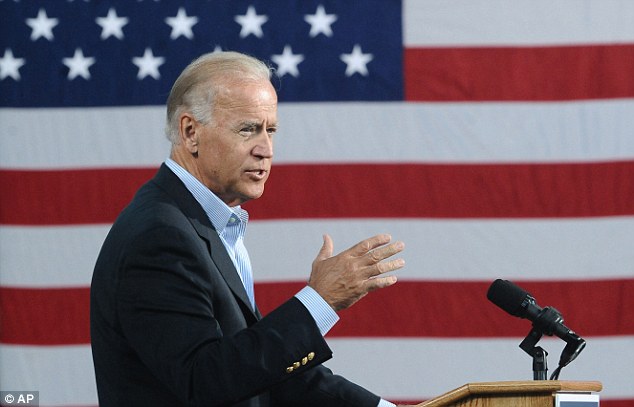 Gaffe-prone: VP Joe Biden told an audience made up of several hundred black supporters that Mitt Romney would put ‘y’all back in chains’ with his Wall Street financial deregulation plans earlier this week

Artur Davis, a black former congressman who was one of President Barack Obama’s most prominent supporters in 2008, told CNN that Biden was employing ‘a divisive tactic that’s insulting to African Americans’.

So far, Obama has stuck by Biden, though he was visibly uncomfortable when asked about the remarks by People magazine and Entertainment Tonight during what were planned to be softball interviews.

The President told People that Biden wanted to say that consumers would be worse off if Republicans succeeded in doing away with new restraints on financial institutions.

‘In no sense was he trying to connote something other than that.’ 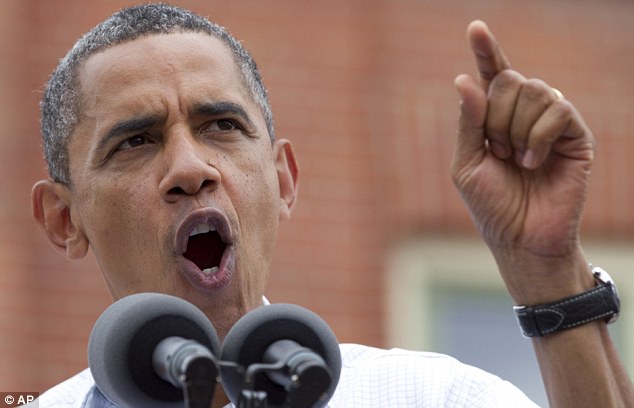 Awkward: Obama was visibly uncomfortable during interviews when he tried to explain away Biden’s comments

He told Entertainment Tonight: ‘You know, the country’s not as divided or obsessed with gaffes or some stray remark as Washington is.

‘What Joe Biden was talking about again is an example of a substantive argument – a substantive issue, that the American people should be concerned about – and his phrasing is a distraction from what is at stake.’

Vice-president Joe Biden controversially told an audience made up of several hundred black supporters that Mitt Romney would put ‘y’all back in chains’ with his Wall Street financial deregulation plans.

The comments were made to an audience of 800 at the Institute for Advanced Learning and Research in Danville, Virginia on Monday.

Video: Can he cut it for Italy? Man City title winner Balotelli aims to be razor sharp at Euro 2012