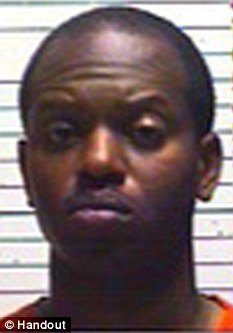 A soldier who allegedly starved his girlfriend’s 10-year-old son to death as punishment for eating too many sweets faces the death penalty.

In a rare move in the state of Oklahoma, the federal government is seeking the punishment forConnell C. Williams, 32, a former private at Fort Sill.

Williams is accused of withholding food from Marcus Holloway who lost half his body weight before his death on May 5, 2011.

The boy died of severe malnutrition after being given just water and rice cakes while he spent months locked in a room his sister branded a ‘dungeon’.

Marcus weighed just 44 pounds when he died – about 26 pounds less than the weight of a healthy 10-year-old, OK News reported.

At Williams’s detention hearing in September, one physician said the boy’s malnourishment was ‘consistent with that of concentration camp photos’.

The suspect told investigators he was punishing the boy for eating too many sweets, according to testimony at the hearing. 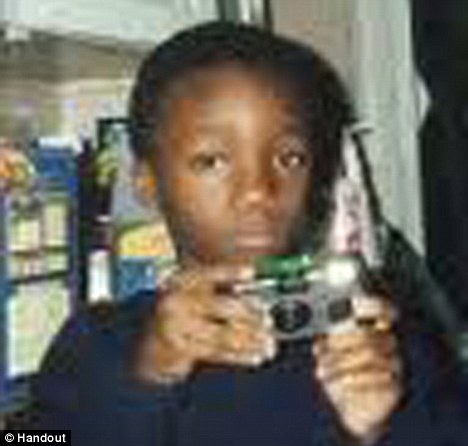 Victim: Marcus Holloway was allegedly locked up and fed rice cakes and water. A doctor noted his body was ‘consistent with that of concentration camp photos’

Williams lived with the boy, his sister and mother at Fort Sill housing. He was not Marcus’s biological father and was married to another woman.

The couple, who are both from Virginia, were arrested in September. 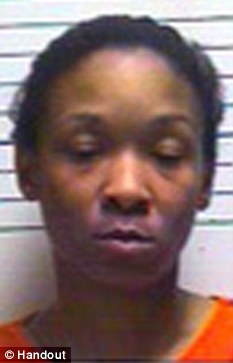 ‘Killer’: His mother Candice Hollway pleaded guilty to first-degree murder and will testify against Williams

The boy’s mother, Candice Holloway, 31, pleaded guilty in April to first-degree murder for her part. She has agreed to testify against Williams.

In her guilty plea, Holloway wrote, ‘From January 2011 until May 5, 2011, I knowingly deprived my son of sufficient food for extended periods of time.’

The Department of Human Services added: ‘Ms. Holloway reported Marcus was fed rice cakes, cereal bars and given water to drink on most days.

‘Ms. Holloway admitted she and Mr. Williams would hit Marcus on the buttocks, legs and head with a belt, plastic bat or drumsticks when he was disrespectful or would steal food.

‘Ms. Holloway reported the night before Marcus died, Mr. Williams poured ice water over him as a form of punishment.

‘She reported all she could recall Marcus eating the day before he died was a marshmallow pie.’

Holloway will serve 30 years in federal prison and will be sentenced after Williams’ trial, which will begin next February. 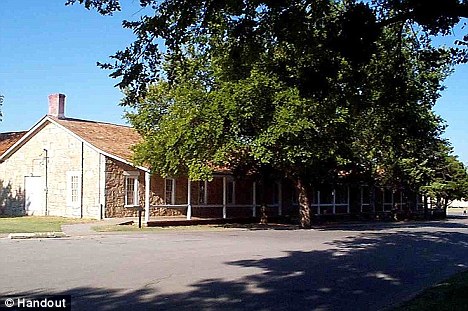 Scene: The boy died of malnutrition in housing at Fort Sill, Oklahoma

They noted he has a history of stalking girlfriends and has abused other children in the past.

Prosecutors added the victim’s younger sister has been affected by ‘the fact that she was forced to… participate in the abuse of her brother’. 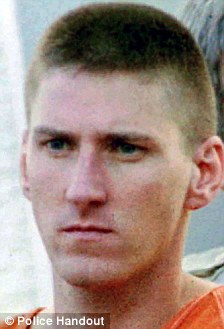 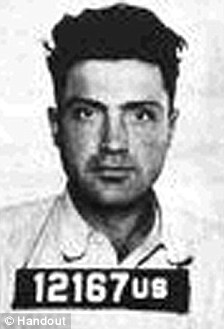 Dead: Only two people have been executed for crimes in Oklahoma: the Oklahoma City bomber Timothy McVeigh (L) and kidnapper Arthur Gooch (R)

Williams and Holloway moved into military housing at Fort Sill a year before the death with Marcus and his sister, then eight.

After his arrest, it emerged Williams had received a family housing allowance by fraudulently using the name of his wife and not Holloway on an application form.

The suspect is still legally married but has been separated for more than four years and has two biological children.

Treat Greed in Africa as a War Crime: Punish those that profit from resource exploitation