Stellenbosch University opens probe after white students paint themselves dark and dress up as Williams sisters.

Last updated: 27 Sep 2014 08:48
A South African university is investigating white students accused of racism for painting themselves in dark paint and dressing up as Venus and Serena Williams at a costume party.

Stellenbosch University said on Thursday that it was informed about a photograph on Twitter that showed two students posing as the tennis siblings.

The two students and another student who posted the photograph said they aimed to portray two sports stars without “malicious or racial intent,” and they regret their judgment error.

The student council said some students believe the three should be expelled, while others dismissed the incident as a mistake that should not be taken seriously. 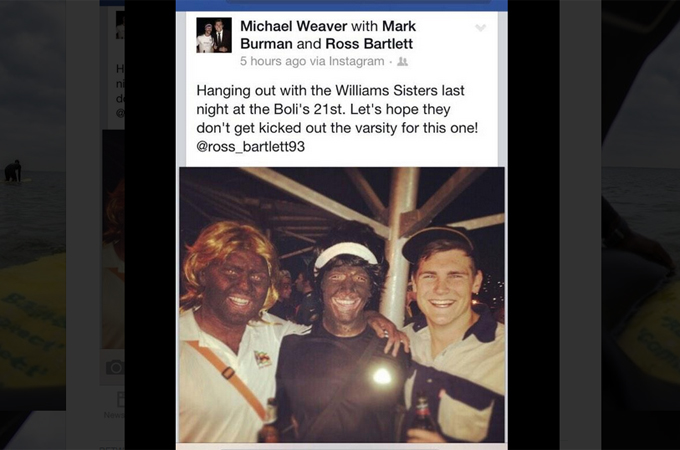 It was the second case of “blackface” to hit South Africa in as many months.

In August, the University of Pretoria (UP) expelled from its residence two white students who had been photographed smeared with black paint and dressed as domestic workers.

“They were expelled from the residence but not from university,” Nicolize Mulder, a university spokesperson, said.

The duo were accused of bringing the name of the university into disrepute. At the time, the SA Students Congress (Sasco) accused white South Africans and the UP of still teaching its youth to disrespect black people.

“It is clear to us that the white community assisted by institutions of white privilege, like UP, are teaching white youth to disrespect and poke fun at black suffering,” Ntuthuko Makhombothi, Sasco’s president, said.

The incidents have prompted nationwide outrage, and has inadvertently invigorated debate over continued racism in post-apartheid South Africa.