A Spanish magazine landed themselves in the middle of a racial controversy over a Photoshopped picture of First Lady Michelle Obama on the cover of their latest issue.

The picture places Mrs Obama’s face in a 1800 portrait of a slave with an exposed breast, andMagazine de Fuera de Serie likely knew the image was going to stir up controversy.

The editors may have had a different message in mind given the historical context of the particular painting, but that sentiment was overlooked by online viewers who found the composite offensive and racist. 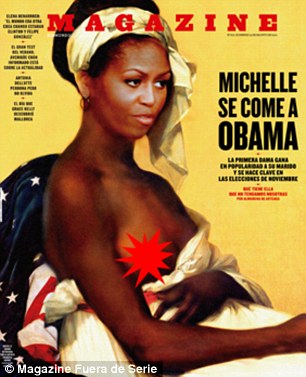 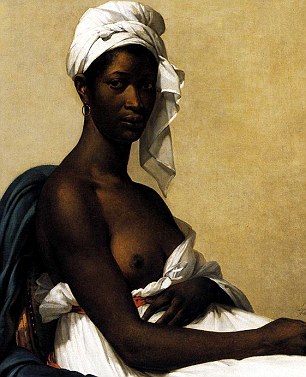 Controversial: A Spanish magazine digitally altered a French portrait of a slave to include the First Lady’s face

It was viewed as a inspiring image because the country had abolished slavery six years prior, and the portrait was thought of as an uplifting symbol of both women’s and black people’s rights.

In keeping with the true meaning, the accompanying article translates to ‘Michelle Granddaughter of a Slave, Lady of America’. Both Mrs Obama’s great-great grandfather and great-great-great grandmother were slaves.

From the preview of the article appears to be glowing- touting the axiom that ‘behind every great man is a great woman’- but the full piece has yet to be released online.

That seems not to matter to bloggers who feel the divisiveness of the image skews meaning, whatever it may be. 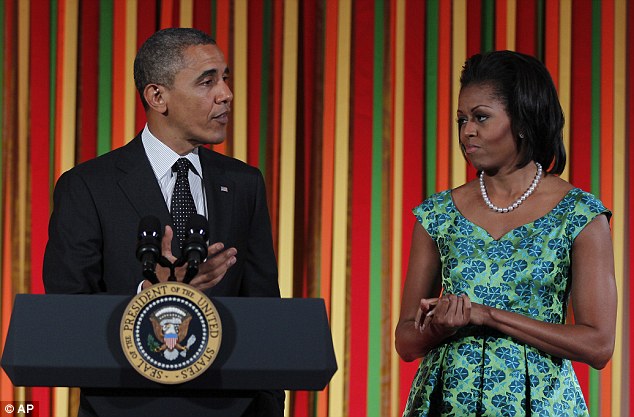 Out of context: The article reportedly praises Mrs Obama’s popularity in the run up to the US election

The fact that one of the slave woman’s breasts is exposed in the portrait does not help to tone down the composite when it is attached to Michelle Obama’s face.

‘As a non-Spanish speaker I first looked at the image and just thought OMG that’s Michelle Obama’s boobs,’ writes Jessica Wakeman on The Frisky.

According to Clutch Magazine, the image is just one in a series of edited photos that show famous people’s faces on the heads of other nudes. Mrs Obama will reportedly be joined by her husband Barack Obama, former President Abraham Lincoln and Princess Diana whose images are inside the magazine.

Artist Karine Percheron-Daniels defends the artistic choice, saying that it shows an ‘alternative unexpected reality’ by allowing the viewer to see ‘famous individuals in a different way’.