How To Get Out Of An Old School Ass Whooping- Little Boy Handles It!

To spank or not to spank: For most American parents, it isn’t a question.
The majority of U.S. children have been spanked at some time in their life, despite a robust body of evidence that suggests spanking a child leads to problems in the future.
The latest evidence of the negative effects of spanking comes from researchers at Columbia University. After analyzing data from more than 1,500 families, they found that children who are spanked in early childhood are not only more likely to be aggressive as older children, they are also more likely to do worse on vocabulary tests than their peers who had not been spanked.
The study was published this week in the journal Pediatrics.
While several studies have found a connection between spanking and aggressive behavior, the finding that spanking could be linked to cognitive ability is somewhat new.
“Only a few studies have looked at the cognitive effects of spanking,” said Michael MacKenzie, an associate professor at Columbia University and lead author of the study. “We are still trying to learn if spanking has a direct effect on early brain development, or if families that spank more are less likely to read to their kids and use more complex language.”
In this latest study, MacKenzie analyzed data collected from more than 1,500 families as part of the Fragile Families and Child Well-Being Study (FFCW). The study followed children from 20 U.S. cities from birth to age 10. Most of the kids were born between 1998 and 2000. 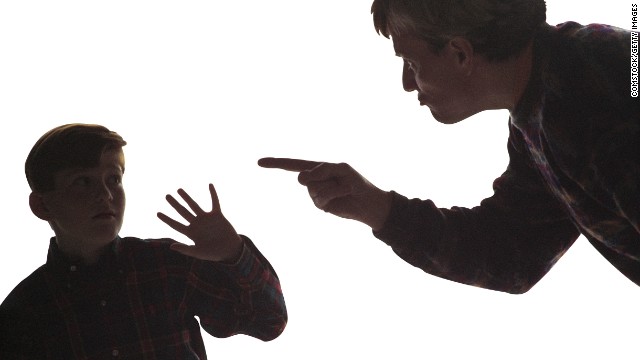 A study finds that children who were spanked had more vocabulary and behavior problems when they were older.


Parents were asked questions about their child’s behavior and whether they had spanked their children within the past month. The answer was frequently yes: 57% of mothers and 40% of fathers reported spanking their children when they were 3 years old, as did 52% of mothers and 33% of fathers when their children were 5 years old.
When these kids turned 9, parents were asked to assess their behavior. The researchers also gave the children a test that measured their vocabulary.
The FFCW study also collected other data that might influence a 9-year old’s behavior and performance on the vocabulary test, including the age of the mother when the child was born, the mother’s self-reported stress levels, her intelligence scores, and her own impulsivity. The researchers also knew whether the child had a low birth weight and what his or her temperament was like during the first year of life, among other things. The researchers factored all of these into their analysis.
“If you were just to compare kids who were spanked and not spanked, the differences may not relate to the spanking, because the families that do spank may look different from non-spanking families in lots of ways,” said MacKenzie.
But even when the researchers controlled for these differences, ” we still saw that spanking is an influencing factor in future behaviors.”
The researchers found a clear connection between spanking at age 5 and the child’s behavior at age 9. Compared to children who were never spanked by their mothers, those who were spanked at least twice a week scored 2.66 points higher on a test of aggression and rule-breaking, while those who were spanked less frequently scored 1.17 points higher, according to the study. To get a sense of how much extra aggression that is, boys tend to score 1 point higher on this test than girls, MacKenzie said.
The effects of spanking by fathers were different. Compared with children who were never spanked by their dads, those who were spanked at least twice a week scored 5.7 points lower on a vocabulary test, the researchers found. To put that in perspective, MacKenzie noted that children whose moms dropped out of high school score 2.6 points lower on this test, on average, than children whose moms finished college.
MacKenzie believes that this research shows a need for public health officials and pediatricians to reexamine how they are talking about spanking.
“Spanking is still the typical experience for most kids,” he said. “We have to start being more thoughtful about how we present this information for parents in a way that they can receive it.”
So many parents have a hard time accepting that spanking is truly bad for kids, probably because they were spanked as children and think they turned out OK.
“The decision to spank is tied to most parents’ own rearing experiences,” said MacKenzie. “It is intimately tied to family history.”