By MIKE TIERNEY     Published: April 13, 2013
ATLANTA — The softball bats and golf clubs have been stored away. All is quiet, too, at the basketball gymnasium, the volleyball courts and the soccer field.
Only the tennis team endures at Spelman College, and after the Great South Athletic Conference tournament the last weekend of April, it will also be done. Then Spelman, a historically black women’s college with alumnae who include former slaves and a Pulitzer Prize-winning author, will become the second college in the last decade to leave the N.C.A.A. altogether, the other being the New York City College of Technology in Brooklyn.
Officials at the college, whose 2,100 students make it the size of some high schools, decided last year to eliminate the athletic department. The college had 80 athletes spread across seven sports, but the athletic budget was roughly $900,000 for the 2012-13 academic year — from an overall operating budget of roughly $100 million.
“I was startled,” Spelman’s president, Beverly Tatum, said. “It seemed like a lot of money for 80 students.”
The highly unusual move by Spelman comes when few institutions seem to be able to resist the lure of intercollegiate sports, even as one scandal after another has tarnished the reputations of universities throughout the country. 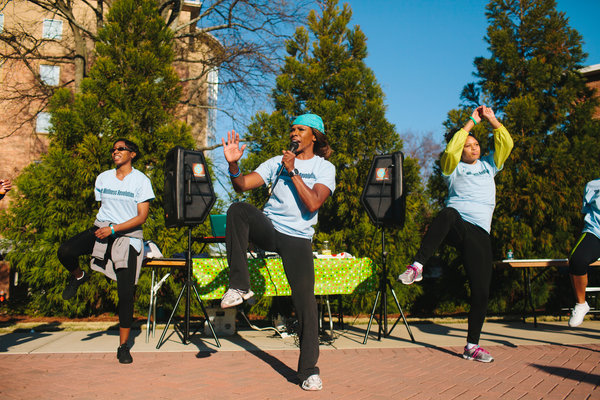 Kendrick Brinson for The New York Times——-A warm-up before a recent five-kilometer run-walk at Spelman.

The decision to shut down Spelman’s athletic program followed the announced intention of several colleges to leave the Great South, meaning the conference would have too few members to remain viable. For Spelman, joining another conference would have meant incurring higher travel costs, making improvements to the college’s athletic sites and fielding teams in additional sports.
While watching a basketball game in the Jaguars’ 62-year-old gymnasium, where a shorter-than-regulation court has necessitated a waiver from the N.C.A.A., Dr. Tatum began to wonder what the players would do for exercise after their eligibility expired.
Dr. Tatum had become alarmingly aware of data showing that young black women were prone to diabetes, heart disease and other ailments linked to poor diet and exercise. Observing candles being lighted on campus at 10-year reunions in memory of alumnae who had died was chilling and revealing.
A remedy seemed obvious: disband N.C.A.A.-level sports and reallocate the money devoted to them toward establishing a wellness program that could take advantage of the college’s gym, courts and fields.
The college’s board of trustees approved the plan a year ago. The difficult part was informing the administrators, coaches and athletes. Sports has long maintained an integral, if muted, role at Spelman since its establishment 132 years ago in a church basement. So Dr. Tatum was neither capricious nor joyful with her decision to discontinue sports. The university’s seven teams learned their fate last year at an emotional assembly.
“It was a rough day,” Dr. Tatum said. The announcement was met with gasps, displays of anger, cries of “What?”
“I was absolutely shocked,” the tennis player Leah Howard, a junior, said.
Protocol at Spelman calls for sustained applause after a president’s speech. When Dr. Tatum finished, she told the audience: “I know you’re not happy. It is not necessary to clap.” She was mostly met with silence.
Sara Redd was a captain of the tennis team in 2006, when it won its only conference title. Now she is its coach, the last still active at Spelman. 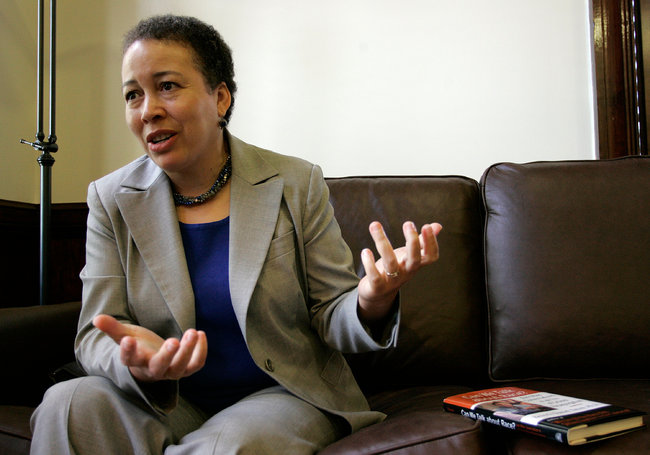 Dave Martin/Associated Press——–The walk was part of efforts by the college’s president, Beverly Tatum, to encourage exercise among students.

She called Dr. Tatum’s original announcement “kind of devastating and sad,” but now says, “I think it’s a good idea,” provided that students take advantage of the expanded opportunities for physical activities, from Zumba to kickboxing.
Germaine McAuley, Spelman’s athletic director and the chairwoman of the physical education department, echoed that notion, despite her 25 years of college coaching experience and the breakup of her staff.
“It truly makes sense,” she said.
As part of the new initiative, the physical education department will be offering additional courses; the campus gym, Read Hall, is undergoing a renovation to improve its fitness facilities; and fitness and intramural programs on campus will emphasize activities that students are more likely to continue after leaving college, like golf, swimming, tennis, yoga and Pilates. Spelman also plans to promote those activities on campus more heavily, though not to make student participation mandatory.
As for the athletes, the underclassmen on the tennis team all plan to return to the college for the next academic year, according to Ms. Redd, even as opposing coaches mention the possibility of asking them to transfer. Ms. Howard, for one, expects to play intramurals, along with her sister, a rising freshman who intended to play tennis for Spelman and, even though that is no longer possible, still plans to attend.
The role of athletics at Spelman had been limited. Recruiting was largely confined to phone calls and e-mails. Scholarships and financial aid were based on need and academic achievement, per Division III rules. Incoming athletes generally cited the quality of the education as the main reason they chose to attend, with sports far from the core of campus life. 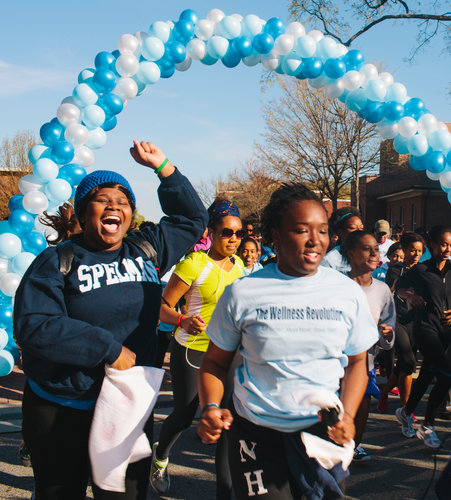 Now Dr. Tatum finds herself fielding calls from other university presidents who must justify the high price of athletics and its role in the mission of higher education. Ms. McAuley said she was approached by a few athletic directors at the most recent N.C.A.A. convention who suggested that their institutions were looking into the possibility of ending intercollegiate sports.
“All of us have to look at everything we are doing — what’s the value being added to the university and at what cost?” Dr. Tatum said.
When Dr. Tatum hears from her fellow presidents, she said, the conversations usually begin with them saying, “That took some guts.”
Her stock response is, “It would take more guts if it were the University of Michigan.”
By coincidence, Michigan was competing in the men’s basketball Final Four last weekend, about a mile from Spelman’s campus. On that Saturday, as the Wolverines prepared to take part in one of the marquee events in college sports, roughly 800 students jogged or speed-walked five kilometers on Spelman’s campus.
It was the inaugural event of what Dr. Tatum termed the Wellness Revolution, her strategy for educating students about sustained physical activity.
“I envision a culture of movement on the campus that includes greater physical activity for students, faculty and staff,” Dr. Tatum said, adding that many of the participants in the 5K “had never done anything like that before.”
“Now they are asking, ‘When can we do it again?’ ” she said.

The Battle Over Integration In Wake County's Schools

Segregation at The Explore Charter School in Flatbush, Brooklyn

Watch: First Look at the Museum of African American History and Culture