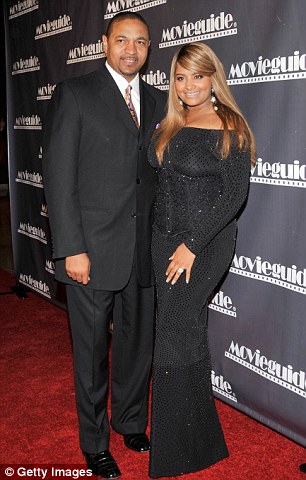 Victim: NBA coach Marcus Jackson, pictured with wife of 22 years Desiree Coleman, was at the center of an extortion scam by a stripper he was having an affair with

An NBA coach was revealed as the target of an extortion plot after he allegedly sent naked pictures of himself to a stripper he had been having an extra-marital affair with.

Mark Jackson, 47, who currently coaches theGolden State Warriors, was believed to have been blackmailed by exotic dancer Alexis Adams, 28, and ex-convict Marcus Shaw.

Jackson, a father-of -four who has been married for 22 years, cooperated with the FBI to bust the scheme.

The former NBA star had sent the pictures to Adams in 2006 while they were having a year-long affair.

The pair met in New York City while Adams, then 22, was working at a strip club and Jackson was an announcer for the New York Jets.

Some of the pictures were of Mark Jackson naked and close-up shots of his genitalia.

Adams and Shaw, 40, were arrested this week and accused of trying to obtain a six-figure sum from the NBA star in return for not selling the  pictures to the media.

The FBI investigation began in April after Jackson was approached at a hotel in Memphis, Tennessee when the Warriors were playing an away game.

The stranger – later picked out by the NBA coach as Marcus Shaw – threatened Jackson with a folder of photos and a voicemail recording that he had left the stripper during their affair.

Jackson, who also works as a church pastor, gave the ex-convict $5,000 in return for the folder and destroyed it.

Two weeks later, Shaw emailed Jackson’s wife Desiree Coleman, saying he was in the ‘reputation management business’ and demanded more money to prevent the photos being made public.

Alexis Adams also called the NBA coach’s wife and told her about the affair after Jackson refused to leave his wife for her.

The NBA coach then contacted the extortionists to ask how much it would take to end the ‘game’.

After negotiations, Jackson offered $200,000, writing in an email on May 3: ‘I have the money. I do not want these pictures getting out.’ 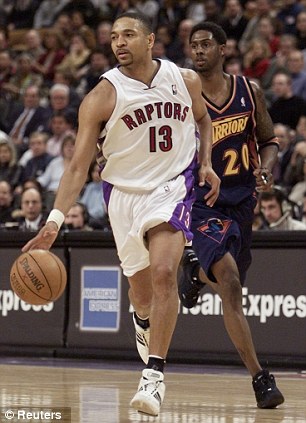 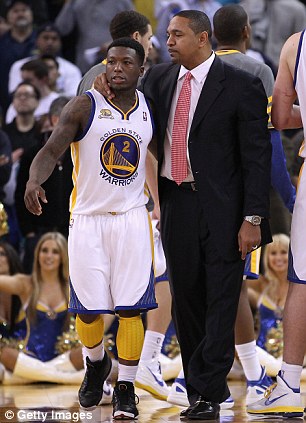 NBA star: Mark Jackson (left) when he played for the Toronto Raptors in 2001 and right, earlier this year as Golden State Warriors coach

However the money never changed hands as the FBI stepped in and were able to identify Shaw from his IP address and Google, Comcast and Sprint accounts.

Criminal complaints filed at court in Oakland, California described the victim only as ‘V1’  – but he was revealed as head coach Jackson by The Smoking Gun.

In the affidavit, FBI Agent Beth Alvarez said that at the time of their liaisons Adams worked at a strip club in New York City. Jackson was working as an announcer for the New Jersey Nets following the end of his NBA career.

Alexis Adams now runs a spa in Atlanta, Georgia. She has been charged with conspiracy and extortion and faces five years in prison. She was freed on $25,000 bond. 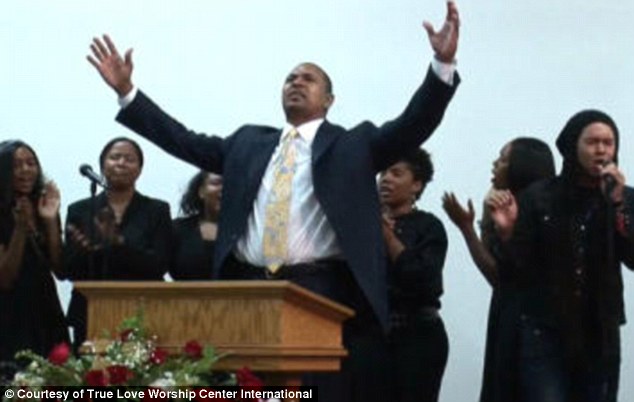 Man of God: Jackson is head coach of the Golden State Warriors and a pastor at True Love Worship Center International in Van Nuys, California

Shaw, was jailed in 1996 for aggravated robbery. He was arrested in Atlanta in 2005 accused of murder, robbery and kidnapping but the case was dropped.

He has been charged with extortion and faces up to two years in jail. He was released today on $30,000 despite the prosecution arguing he was a flight risk.

The relationship between Alexis Adams and Marcus Shaw was unclear.

Despite Jackson’s alleged affair and embarrassing pictures, he remains married to wife Desiree. The NBA coach has been married for two decades to Ms Coleman and the pair serve as pastors of the True Love Worship Center in Los Angeles.

According to text messages between Alexis Adams and Marcus Shaw, reviewed by the FBI, the ex-stripper sent a message to her accomplice on the night he extorted the coach, reading: ‘Concentrate and f*** him up! he is a Fake a** man of god.’

Spike Lee: Oscars Don't Matter, Why Actors Are F*cked Up