A computer technician was fired from his job after two suspicious students set up a fake Facebook profile for a 16-year-old girl to trick him into asking her out.

The students at New York’s Cinema School, in the Bronx, had a sense that Kevin Eckstein, 38, was ‘creepy’ so set out to try and prove it by setting up the profile for ‘Sarah Archer’.

The students, both aged 16, told police they wanted to ‘engage Eckstein in conversation because they suspected that he behaved inappropriately with young girls’. 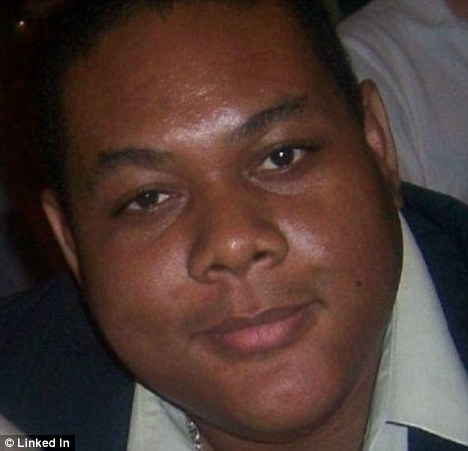 Tricked: Cinema School computer technician Kevin Eckstein was sacked from this job at the Bronx school in August for ‘creepy’ behavior

Eckstein allegedly fell for it and soon was telling the teen she was cute, invited her to visit him at the school and asked her on dinner dates, according to the New York Post.

The father-of-two was aware that she was 16 from the get go, the students told investigators, and when ‘Sarah’ told him she was a model, he claimed to be interested in photography.

It was when one of the teachers overheard the budding detectives talk about the trap that an investigation was launched, at the end of which, Eckstein was sacked.

When approached by the Post outside his Brooklyn home, he said that he had been the victim of a prank and claimed he stop contacting the girl as soon as he found out what her age was. 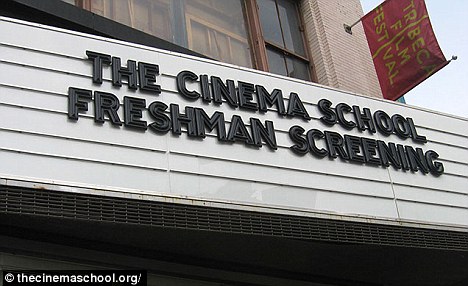 Sting: Two students at the cinema school turned detective and set up a fake Facebook profile to trap Eckstein

He said: ‘When I discovered in the conversation after two days that she was 16, I ended contact with her. I blocked her.

‘Two kids out of the whole school who didn’t like me attempted to talk to me on Facebook and it created a buzz within the school and it led to an investigation.

‘It ended and I left the school.’

But the report tells a different story. When investigators pointed out that the fictitious girl’s profile stated she was a student at Lehman High School he said he did not remember seeing that.

A former student of The Cinema School claimed that Eckstein used Facebook to ask her out several times last year.

The computer technician denied this.

He was sacked on August 12. According to his LinkedIn profile he was an employee there for the last three years.

One of the students who set up the fake profile said: ‘It started out as a little joke. People used to say things about him and I wanted to see if it was true. I never intended for him to get fired.’