By LUCY CROSSLEY
PUBLISHED: 07:42 EST, 2 February 2013 | UPDATED: 11:35 EST, 2 February 2013
Peering through a wire fence, this group of African American children stare out longingly at a fun fair just out of reach in one of a series of stunning photographs depicting the racial divides which split the United States of America.
The image, entitled ‘Outside Looking In’ was captured by photographer Gordon Parks and was taken as part of a photo essay illustrating the lives of a Southern family living under the tyranny of Jim Crow segregation.
Parks’ pictures, which first appeared in Life Magazine in 1956 under the title ‘The Restraints: Open and Hidden’, have been reprinted by Steidl for a book featuring the collective works of the artist, who died in 2006. 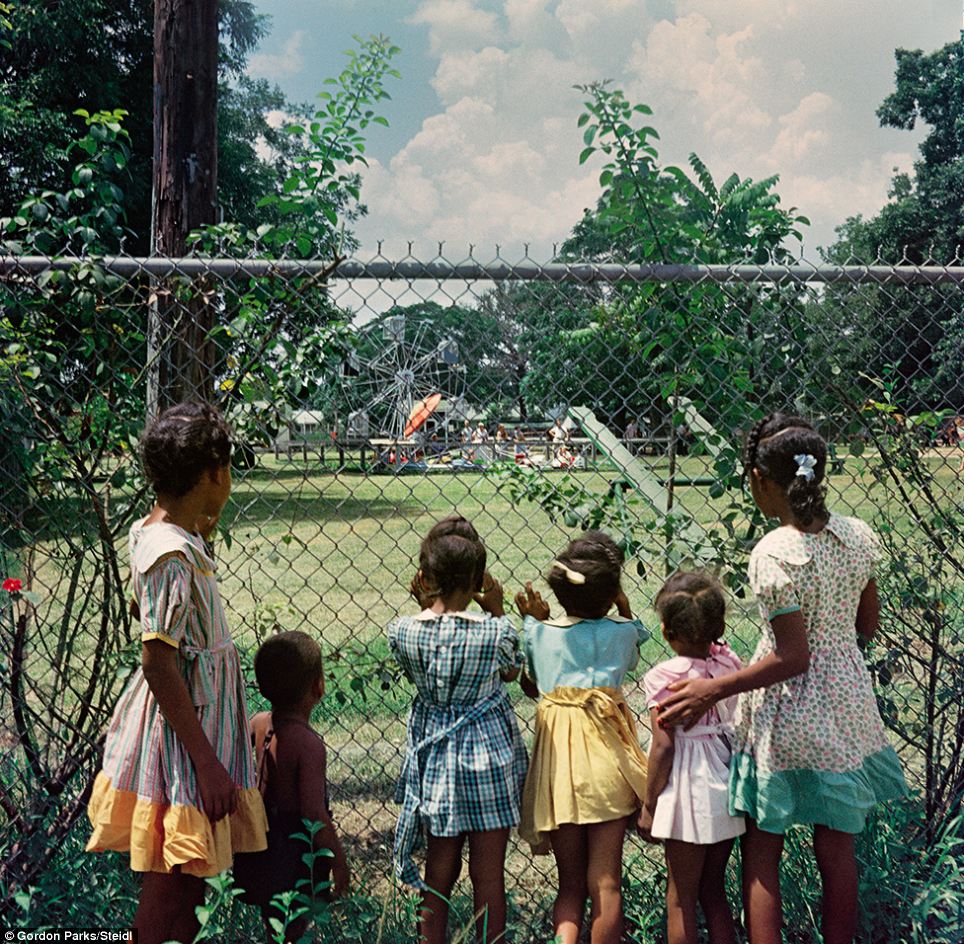 Outsiders: This vivid photograph entitled ‘Outside Looking In’ was taken at the height of segregation in the United States of America 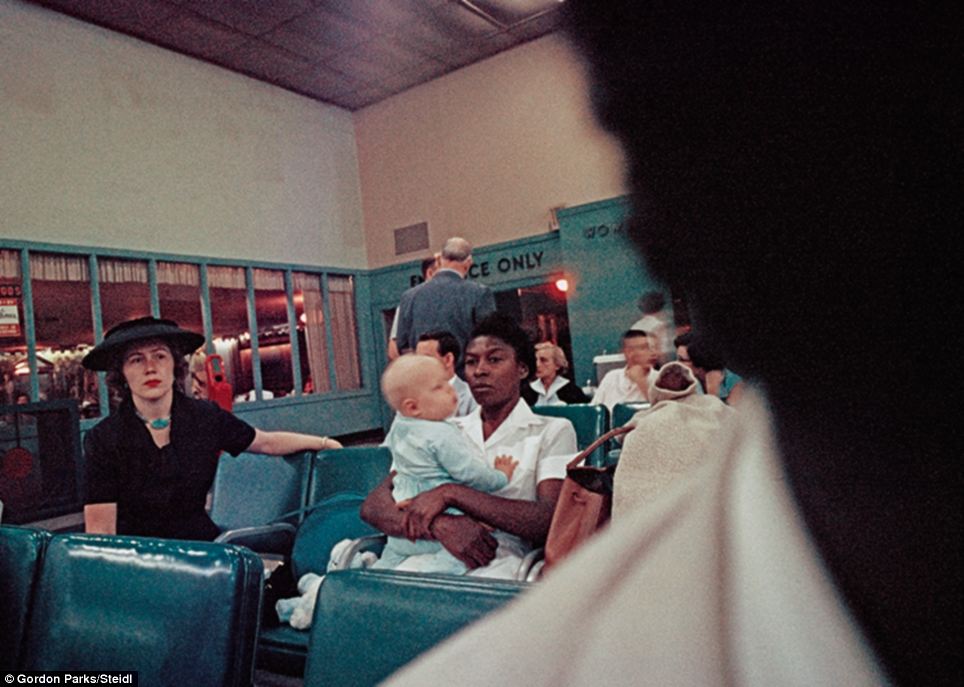 Caring: An African American maid grips hold of her young charge in a waiting area as a smartly-dressed white woman looks on

The vivid color images focused on the extended family of Mr and Mrs Albert Thornton who lived in Mobile, Alabama during segregation in the Southern states.
In another photograph, taken inside an airline terminal in Atlanta, Georgia, an African American maid can be seen clutching onto a young baby, as a white woman watches on – a single seat with a teddy bear on it dividing them.
Many white families hired black maids to care for their children, clean their homes, and cook their food.
Controversial rules, dubbed the Jim Crow laws meant that all public facilities in the Southern states of the former Confederacy had to be segregated.
The laws, which were enacted between 1876 and 1965 were intended to give African Americans a ‘separate but equal’ status, although in practice lead to conditions that were inferior to those enjoyed by white people. 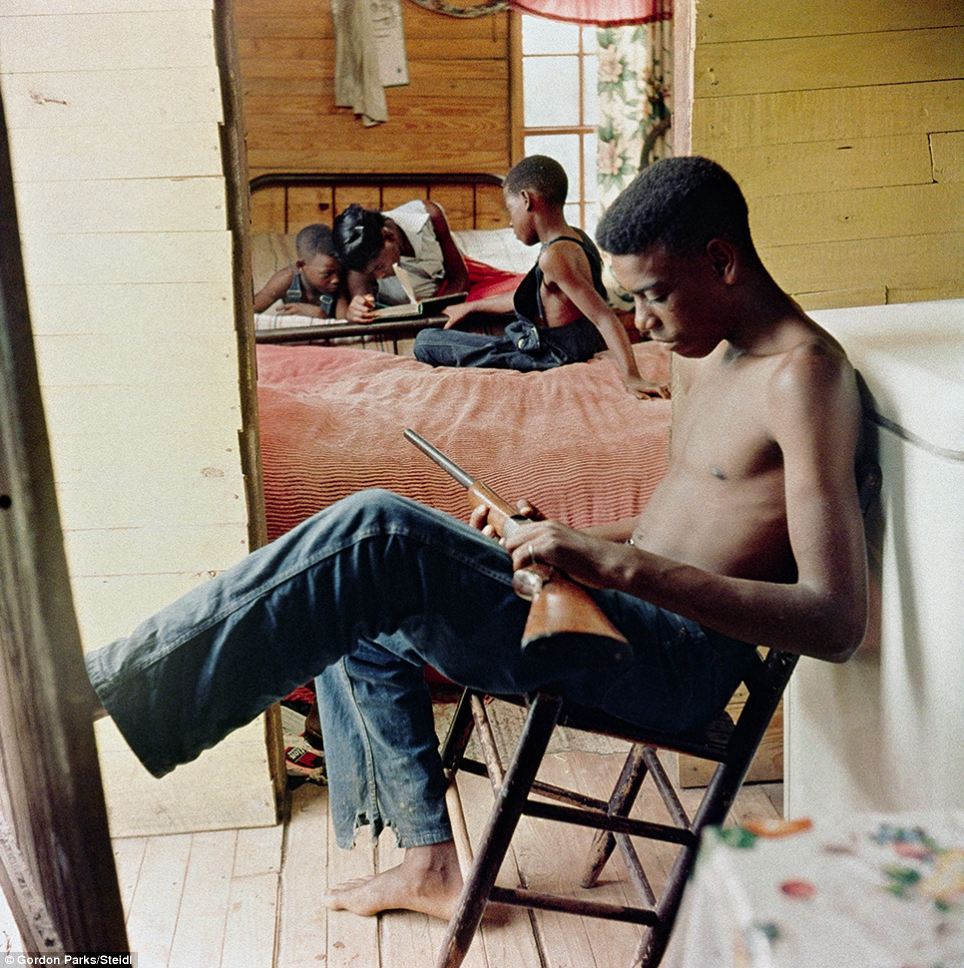 Armed: Willie Causey Junior holds a gun during a period of violence in Shady Grove, Alabama

Public schools, public places and public transportation were all segregated and there were separate restaurants, bathrooms and drinking fountains for whites and blacks. The US Military was also subject to segregation.
Gordon Parks was himself born into poverty and segregation in Fort Scott, Kansas, in 1912,.
Initially working as an itinerant laborer he also worked as a brothel pianist and a railcar porter, among other jobs before buying a camera at a pawnshop, training himself to take pictures and becoming a photographer.
He worked for Life Magazine between 1948 and 1972 and later found success as a film director, author and composer.

He was the first African American director to helm a major motion picture and popularized the Blaxploitation genre through his 1971 film Shaft.
Parks also wrote numerous memoirs, novels and books of poetry before he died in 2006.
The retrospective book of his photographs ‘Collective Works by Gordon Parks’, is published by Steidl and is now available here. 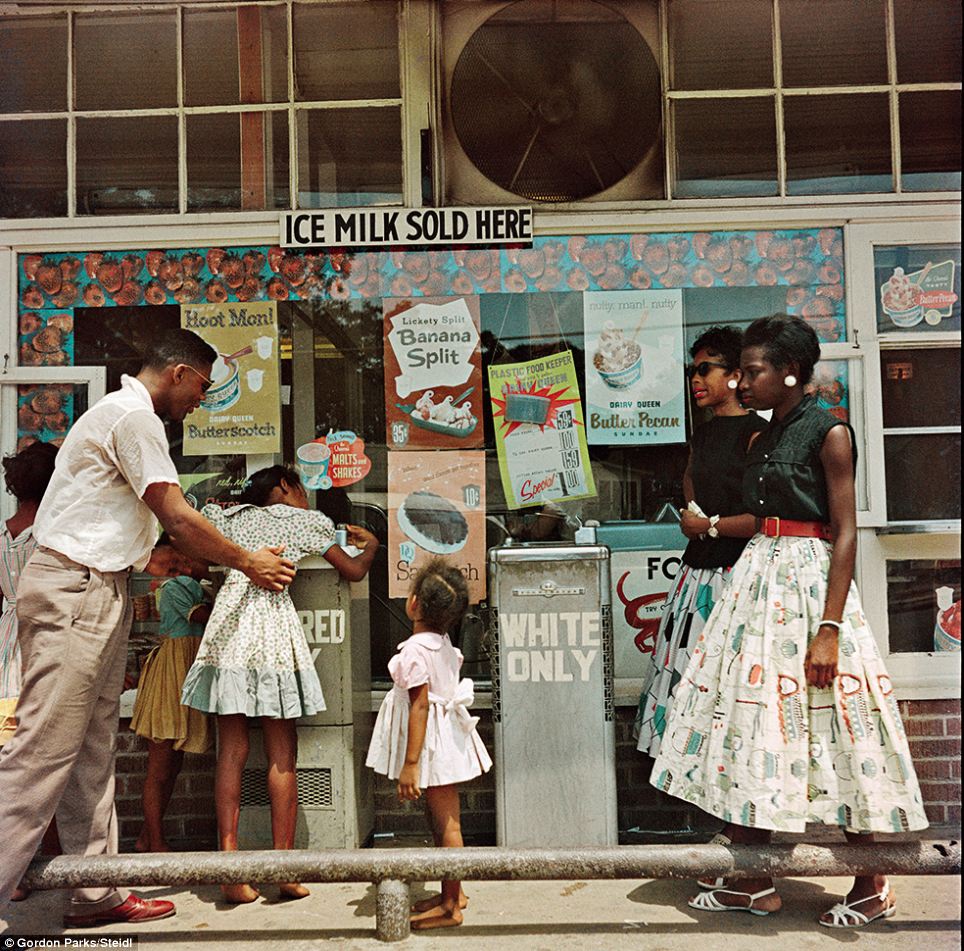 Split community: African Americans were often forced to use different water fountains to white people, as shown in this image taken in Mobile, Alabama 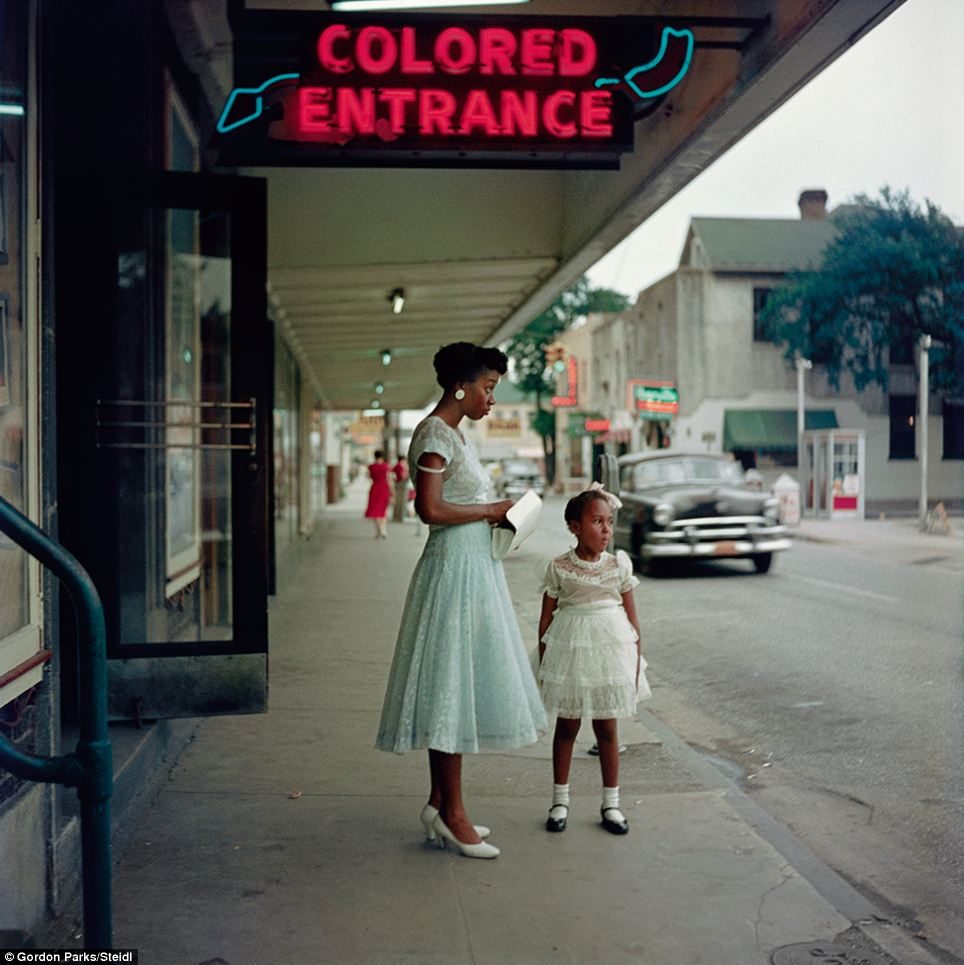