The U.S. Supreme Court has rejected an appeal from a former Ku Klux Klan leader convicted of orchestrating the 1964 slayings of three civil rights workers in a case known as ‘Mississippi Burning’.
Attorneys for Edgar Ray Killen, who was convicted of manslaughter in 2005, had claimed there were violations of his constitutional rights during his trial, but a lower-court ruling found none.
On Monday, the justices said they will not review these findings.

Killen, now 88, was convicted exactly 41 years to the day after the deaths of Michael Schwerner, James Chaney and Andrew Goodman. He is serving 60 years in a Mississippi prison. 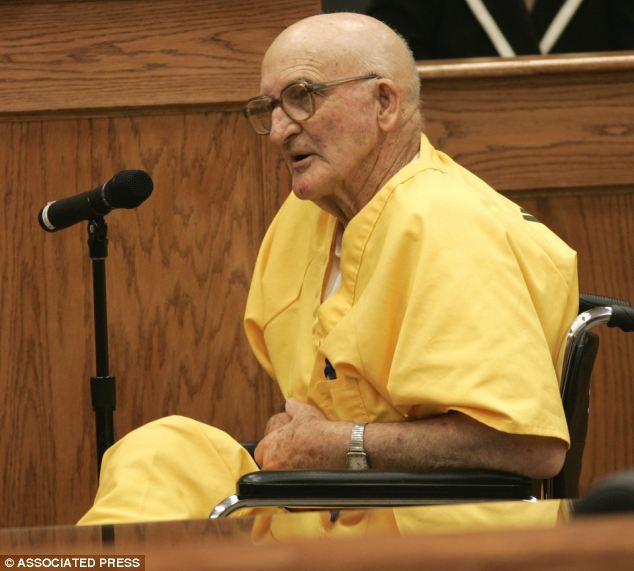 Locked up: Edgar Ray Killen, pictured at his bond hearing in 2005, was convicted of orchestrating the killings of three men in 1964. On Monday, the Supreme Court rejected an appeal in his case

In 1964, Schwerner and Goodman, two white men from New York, came to Mississippi as part of Freedom Summer and worked with Chaney, a black Mississippian, to help register black voters.
But when they went to investigate the burning of an African-American church in Neshoba County, they were ambushed by members of the Ku Klux Klan and shot dead before being buried 15 feet beneath an earthen dam.

Their bodies were found in the dam near Philadelphia, Mississippi more than a month later after an intense search.
The deaths were dramatized in the 1988 movie ‘Mississippi Burning’ which starred Gene Hackman and Willem Defoe as the two FBI agents investigating the killings.

Victims: Michael Schwerner, James Chaney and Andrew Goodman had helped black people register for votes before they were kidnapped, beaten and killed by members of the Ku Klux Klan 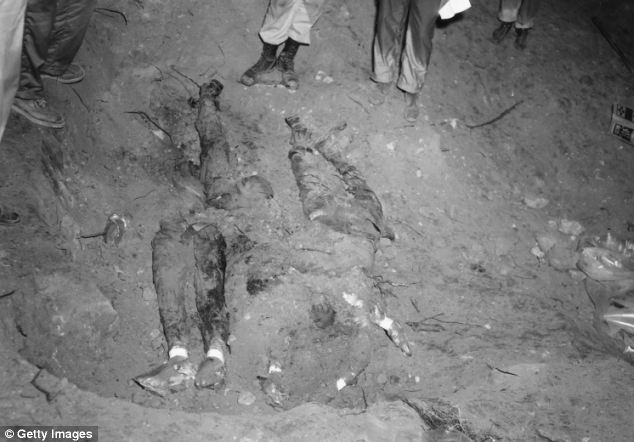 Grisly discovery: Their bodies were found in an earthen dam in June 1964, more than a month later

In 1967, 18 men went on trial on federal conspiracy charges in the deaths but despite evidence that Killen orchestrated the killings, he walked free after a federal jury deadlocked 11-1. 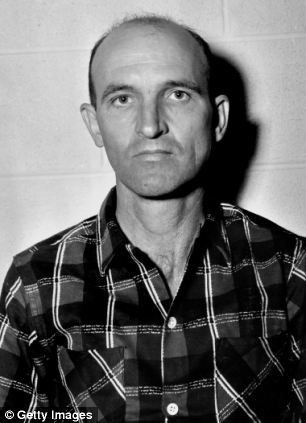 Younger years: Killen, pictured in 1964, originally walked free because he was a preacher

At the time, the 12th, stand-alone jury member said she could ‘never convict a preacher’.
But the jury convicted seven others, including Sam Bowers, who had ordered the killings.
Two decades later, in an interview that was to be sealed until his death, Bowers said he was ‘quite delighted to be convicted’ and have ‘the main instigator of the entire affair walk out of the courtroom a free man’ – referring to Killen.
His remarks were revealed by The Clarion-Ledger in 1998 and sparked calls for a review of the case and to prosecute Killen.
Killen, once a part-time Baptist preacher, was the only person indicted in 2005 when prosecutors brought the first state charges.
He was indicted on murder charges but jurors were given the option to convict him of manslaughter, which they did.
Killen’s attorney, Robert Ratliff of Mobile, Alabama, did not immediately respond to a phone message on Monday.
Killen’s lawyers had raised several arguments in his appeals, including that his defense team didn’t do a good job in representing him at trial in Neshoba County. 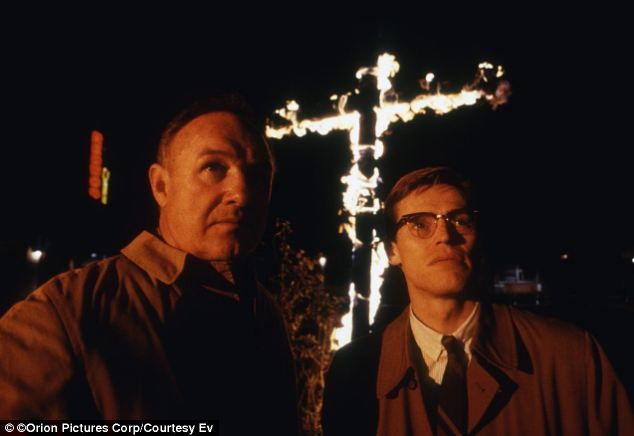 On screen: ‘Mississippi Burning’, a 1988 film starring Gene Hackman and Willem Dafoe, was based on the killings

They also argued that his constitutional rights were violated by the decades-long delay between the deaths and his indictment, by variances between the charges in the indictment and the jury’s verdict, and by prosecutors’ alleged failure to turn over evidence that could prove his innocence.
U.S. District Judge Henry T. Wingate in Jackson, Mississippi, and the 5th U.S. Circuit Court of Appeals both rejected Killen’s appeals before the case went to the U.S. Supreme Court.
Read more: http://www.dailymail.co.uk/news/article-2487741/Supreme-Court-rejects-Edgar-Ray-Killens-appeal-Mississippi-Burning-case.html#ixzz2jnDV8ZxJ