A chilling surveillance video  shows the moment a respected high school teacher was knocked out cold by an unprovoked sucker punch after passing a group of teens in an alley.

Jim Addlespurger, who was walking near his school in Pittsburgh, Pennsylvania, is seen crumpling to the ground and smashing his head on a curb.

The six teens laugh and celebrate the horrifying attack as they coolly walk away from Mr Addlespurger, 50.

Unsuspecting: Jim Addlespurger was walking down an alley near his school in downtown Pittsburgh, Pennsylvania, when he was attacked 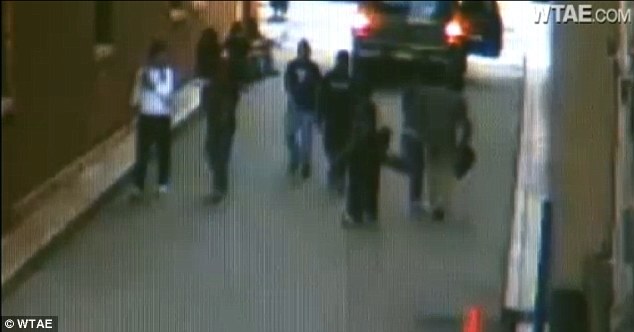 Brutal: One teen suddenly stepped into Mr Addlespurger’s path and sucker-punched him without warning 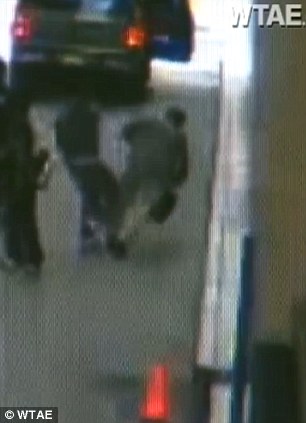 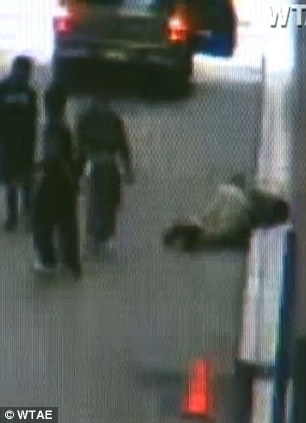 Out cold: The English teacher dropped to the ground and bashed his head on a curb. He fell so quickly, he didn’t even attempt to catch himself with his hands

Police do not believe the attackers attend Mr Addlespurger’s school. Class was still in session at the time of the attack.

Mr Addlespurger was taken to the hospital, where he was treated for cuts and bruises. He is currently at home healing from his injuries, WTAE-TV reports.

Police have released video of the brazen daylight assault on Thursday afternoon, hoping the public can identity the teens.

Mr Addlespurger was just a few blocks from the Creating and Performing Arts School in downtown Pittsburgh, where he teaches 10th and 12th grade English. 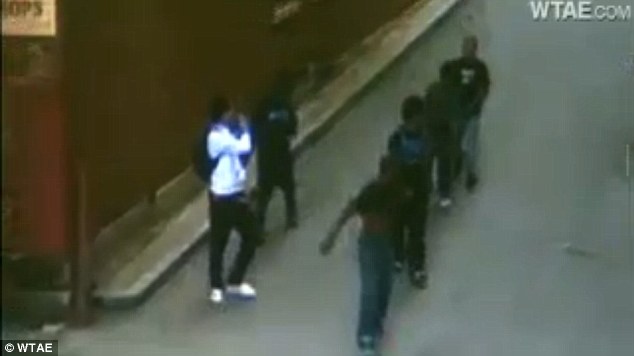 Grandstanding: The teens seem to laugh and celebrate the unprovoked attack as they walk away from the unconscious teacher 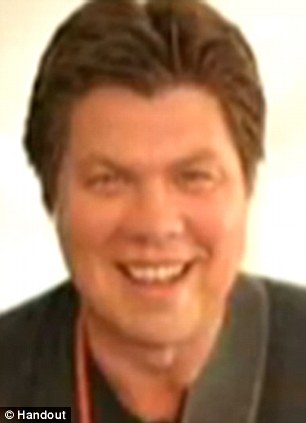 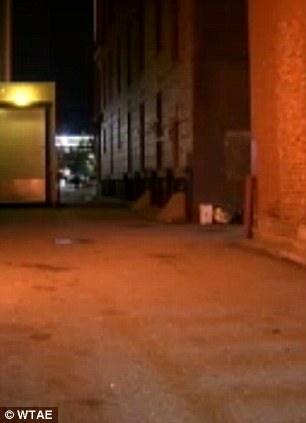 Respected: Mr Addlespurger teaches 10th and 12th grade English at Creative and Performing Arts School, which is near the alley where he was assaulted (right) 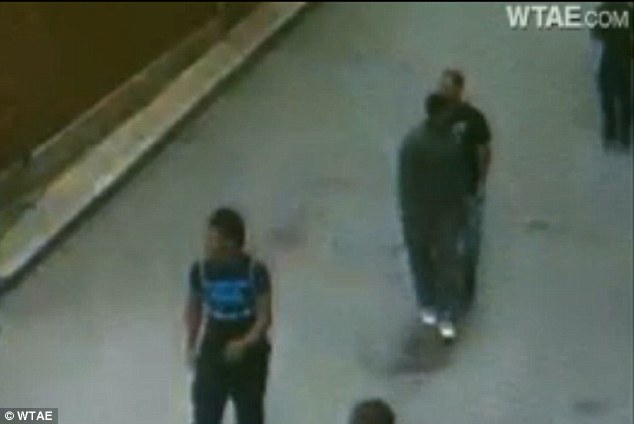 Suspect: Police are hoping to identify the teen who hit the teacher, seen here wearing a gray sweatshirt

The video shows him walking through an alley carrying his briefcase as the six teens walk past in the other direction.

Suddenly, a student steps into the teacher’s path and punches him in the face.

The boy’s friends seem gleeful, but not surprised by the assault.

Several bystanders are seen helping Mr Addlespurger as he struggles to his feet.