New details about the mysterious death of a slain student-turned-alleged robber has revealed the bizarre lengths 17-year-old Claudia Hidic may have gone to rob a friend of hers.

Curtis Fortenberry and Terrance Crumley, both 21, face felony murder charges over the fatal incident and their indictment has shed light on the strange circumstances that lead to Hidic’s death.

They claim she persuaded them to visit the home of her sister’s friend and pretend she was a hostage before demanding money from the owner. 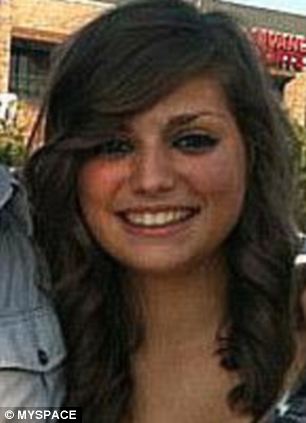 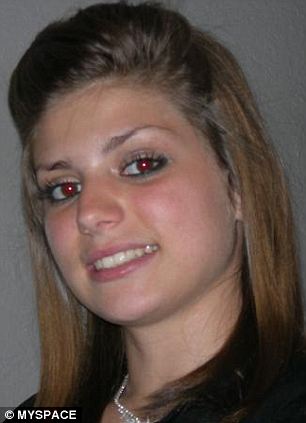 Mystery: 17-year-old Claudia Hidic was found shot dead in the backyard of a stranger’s home

According to the indictment of Crumleyu and Fortenberry, both men claim that Hidic was the mastermind behind the burglary that lead to her death.

Hidic was found dead on the back step’s of a friend’s home on Overton Park West after a gun battle.

Police believe Hidic recruited the two men to rob a friend of hers with promises of quick money.

The plan was, according to Fortenberry’s statements, to pretend that Hidic was a hostage and they were looking for a man named ‘Ghost’ who owed them $900.

The three knocked on the door of the home and were invited inside, police claim.

The resident they were looking for was not home, but six other people were.

One of the men inside the home got a gun from the bathroom and a gunfire battle erupted.

Fortenberry allegedly told police that he may have accidentally killed Hidic, but his attorney refutes those claims.

‘Fortenberry had no intention of shooting Hidic,’ Mr Goza said to the Star-Telegram. ‘I don’t think it’s clear from the evidence I’ve seen that he’s the one who shot her.’

Crumley’s attorney, Warren St. John, also said his client was not involved in the shooting.

‘My client maintains his innocence,’ he said. ‘He didn’t participate in any shooting.’ 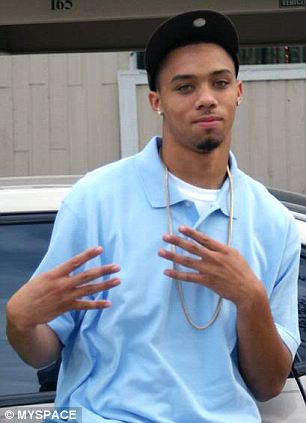 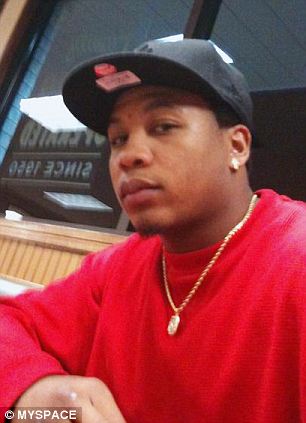 Accomplices: Terrence Crumley, left, turned himself in to police on Saturday while Curtis Fortenberry, right, was already in jail on other theft charges that took place after Hidic’s shooting 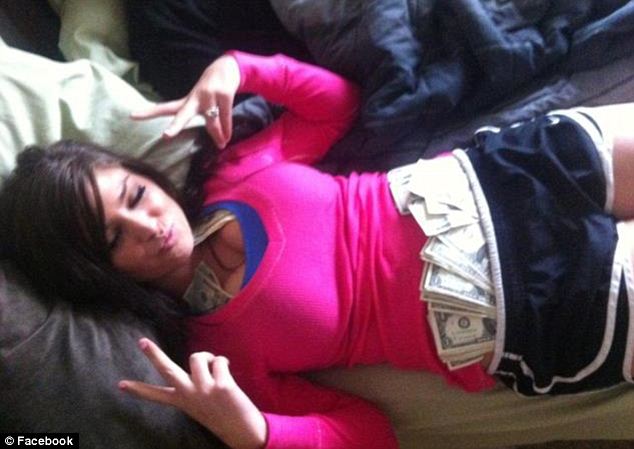 Image issues: A photo posted to a memorial page for Claudia Hidic, who was killed in an alleged home burglary attempt, shows her posing with large amounts of cash stuffed down her shorts and shirt

After the incident, Crumley turned himself in and Fortenberry was already in custody because he was arrested for unrelated theft charges on Tuesday.

Both men have prior records: Fortenberry’s recent arrest was for burglary, theft, and assault with bodily injury involving a family member.

At the time of Hidic’s death, Crumley was on probation because of a theft charge dating back to April. A drug charge was dismissed at the same sentencing.

Hidic, a German national from Bosnia, lived in the area of Fort Worth, Texas with her sister. She studied at Trinity High School in Euless and worked at the Los Jimadores Tex-Mex Tequila Factory in Bedford, Fox 4 reported.

She dropped out of Euless after leaving a foster family and moved in with one of her sisters. She had reportedly told people, including the man who lived at the address she died in, that she needed money.

Just a few days before her death, the man, who was a friend of her older sister’s, had given Hidic a $100 loan, according to the Star-Telegram.

‘We had frequently discussed that Claudia needed some direction and counseling,’ the 43-year-old, who has not been identified, said.

A few days later, she returned to the man’s home and asked for $600 more, but he refused. That’s when investigators believe she devised her plan to rob him.

But police spokeswoman Sharron Neal told the newspaper that he is not a ‘person of interest’ or a suspect.

Investigators combed through the man’s residence for two days but did not reveal what they had collected as evidence. 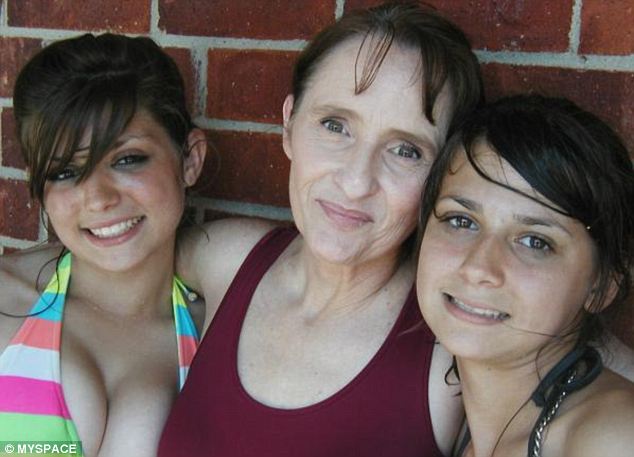 Tragedy: Hidic’s family said they have no idea what happened. Here she is pictured with her sister (right) and a family friend (centre) 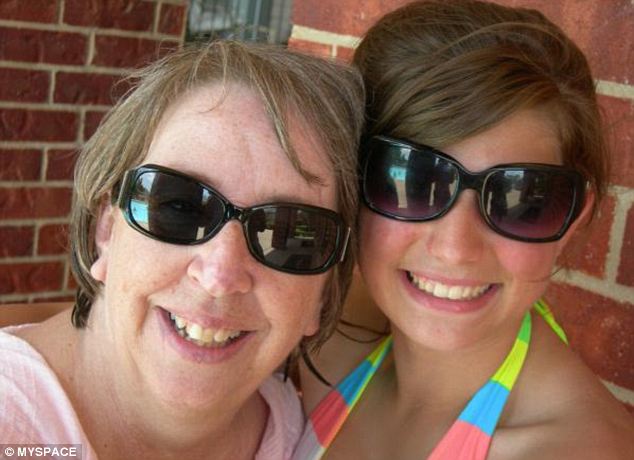 Tribute: Hidic was described as ‘beautiful and bighearted’. Pictured with her former foster mother Sue Scionka

‘We’re still interviewing witnesses, family and friends,’ Neal said. ‘We have spent many hours there trying to find out what happened. It’s just taking some time to process all the evidence we have.’

Miss Hidic’s distressed family said they had no idea what happened to the teenager, described by her sister Samira as ‘big-hearted and beautiful’.

Former foster parents Jim and Sue Scionka told the local TV station that she dreamed of going to college and becoming an actress. They asked that anyone with information come forward.

‘If your heart is touching you,’ said Mr Scionka, ‘if you know anything about this situation I pray (you) would contact the authorities.’

A neighbor said he heard a loud bang at around the time of the shooting, which he described as being like something backfiring.

‘I don’t instantly think about a gunshot when I hear a bang like that,’ he said. ‘Not in this neighbourhood.’

On it was posted: ‘Claudia was truly an amazing person she will forever and always have a piece of my heart. 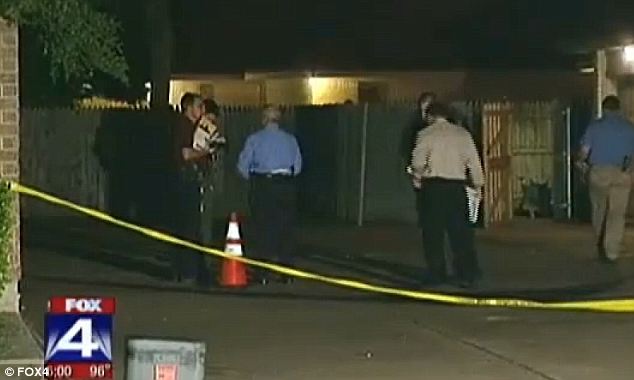 Police are investigating at the Fort Worth, Texas duplex where she was found 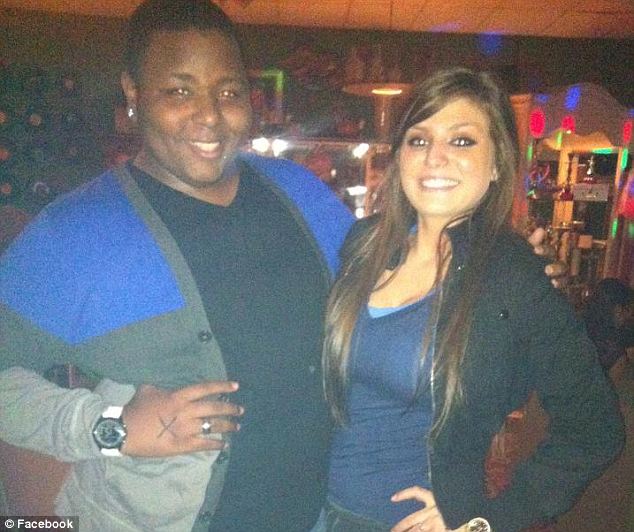 ‘She has touched so many lives and she never stopped loving and forgiving others.’

As police investigate, neighbours said an unidentified man and woman were seen going in and out of the property during the day before Hidic’s death.

It is not yet known whether anything had been taken from the home.

In His Hometown of Chicago, a Policy Speech by Obama Turns Personal