Wednesday night police arrived a the San Antonio home of Marshall Lee Giles to find a grisly scene straight out of a horror film.
In the house they found him lying on the couch moaning and bleeding from were several huge gashes in his head, and his left eye dangled from the socket.
Officers said the victim’s wife had gone to buy cigarettes with the couple’s grandson, then stayed outside to smoke unaware her husband was injured. 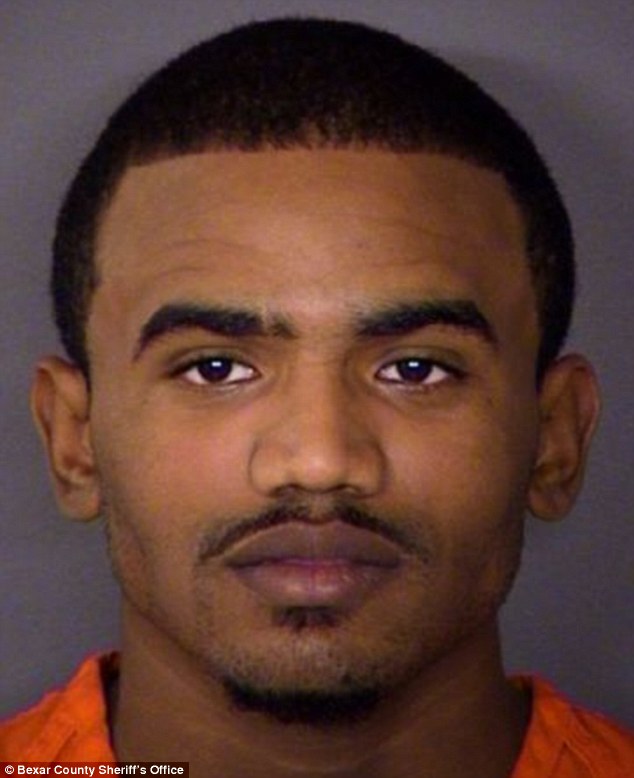 Dangerous: Police said Marshall Giles Jr. Arrested began smiling and laughing when he heard the charges against him

At first the grandson told police that a man he didn’t know had attacked Lee Giles then run off through the back door.

Police then found found the son hiding in the crawlspace, cradling a long-handled hatchet.
He asked police if his father was dead. Then he gave a full confession.
Marshall Lee Giles passed away just a few hours after the attack was discovered.
When Lee Giles Jr. was booked later, he began to ‘smile and laugh’ as officers read the charges against him.

Lee Giles Jr. was originally booked on $20,000 bond and an aggravated assault charge, but as the charge is expected to be upgraded to murder his bail will likely change.