By Ed Meyer
Beacon Journal staff writer
Barberton teen D’Marques Jones is going to trial Monday in Summit County Juvenile Court in connection with the rape and murder of his half-sister, Makayla Jones, in 2011.
The child was 3 years old when she died of what was termed in her autopsy findings as “multisystem organ failure,” a medical term for serious infection over a period of time from traumatic injuries.
Jury selection is scheduled for 9 a.m. in Juvenile Judge Linda Tucci Teodosio’s court. 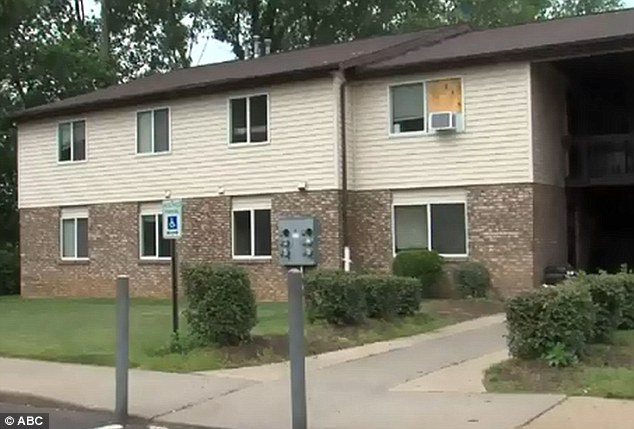 House of horror: Makayla Jones died last year from injuries she sustained from being raped at this Ohio home

It will be the first jury trial of a minor ever held in Summit County Juvenile Court, defense lawyer Scott A. Rilley said.
Jones, who turned 17 last month, was 15 at the time of Makayla’s death.
Rilley said a jury trial is mandatory when the state seeks to subject a minor to an adult sentence by having him classified as a “serious youth offender.”
He declined to comment on a possible defense, saying it would be inappropriate before the trial begins.
If Jones is convicted of either of the two charges, he could be held in custody by the Ohio Department of Youth Services only until age 21. 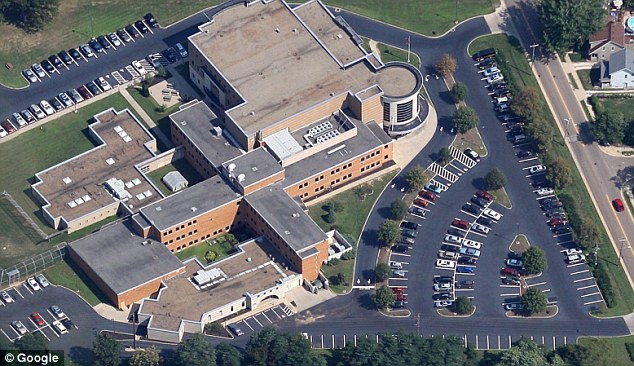 Unprecedented: D’Marques Jones is the first minor to be tried by a jury at the juvenile court in Summit County

But under the serious youth offender laws, adult prison time could be imposed if he commits any serious violations while being held in a juvenile facility.
A murder conviction carries a mandatory life sentence with various parole possibilities. The sentencing range for rape is three to 11 years.
Investigative records of the Summit County Medical Examiner’s Office show Makayla was taken by her father, Marques Jones, to Akron Children’s Hospital when he noticed she was unable to keep food or drink down since midday.
She died June 22, 2011.
In early November of that year, when D’Marques Jones turned himself in after a four-month investigation, authorities said they suspected the child was raped with an object, based on DNA tests of items sent to the state crime lab.
April Wiesner, chief spokesperson for the prosecutor’s office, said the agency does not comment on pending cases.
The teen will be prosecuted by Brian LoPrinzi, one of the agency’s most experienced attorneys in Common Pleas murder cases, along with co-counsels Bob Capes and Ron Clum.

No money for forced sterilization victims in North Carolina