A former tennis pro accused of fraudulently bringing four children from the African nation of Togo to the U.S. and forcing them to work as slaves in his Michigan home was sentenced Monday to more than 11 years in federal prison.
Jean-Claude Toviave, who didn’t apologize when provided the opportunity to speak at his sentencing hearing in Detroit, also was ordered to pay two of the children $60,000 each.
Prosecutors asked U.S. District Judge Arthur Tarnow to sentence Toviave to the maximum sentence within the guidelines, and he did, handing down a 135-month sentence, with credit for about two years of time served.
‘I can’t get a read on you,’ Tarnow told Toviave. ‘I can’t tell if you understand what you did was really wrong.’
The four children emigrated from Togo in 2006 with fraudulent immigration paperwork that listed them as being Toviave’s biological children, which they are not. He enrolled some of them in middle school when they arrived. They now range in age from teenagers to young adults.
The victims said Toviave beat them with toilet plungers, broomsticks and electrical cords and starved them if they didn’t follow his orders. They were forced to vacuum, iron, cook, clean and shine shoes at the home in Ypsilanti, near Ann Arbor, for nearly five years until January 2011. 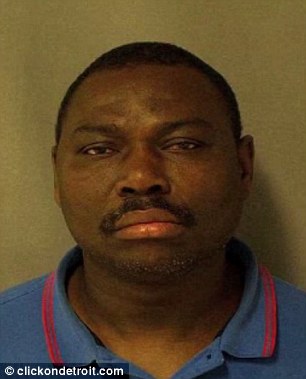 Sentenced: Jean-Claude Toviave, a former tennis pro, has been sentenced to prison for bringing four children from the African nation of Togo to the U.S. and forcing them to work as slaves in his Michigan home


In a court filing, prosecutors said the 6-foot-3, 230-pound Toviave, who was a tennis pro in Togo until 1990, ‘savagely’ beat the children if their chores weren’t finished or completed to his satisfaction.
One victim said he suffered permanent damage to his vision and persistent headaches tied to an episode in which Toviave kicked him and punched him in the face. 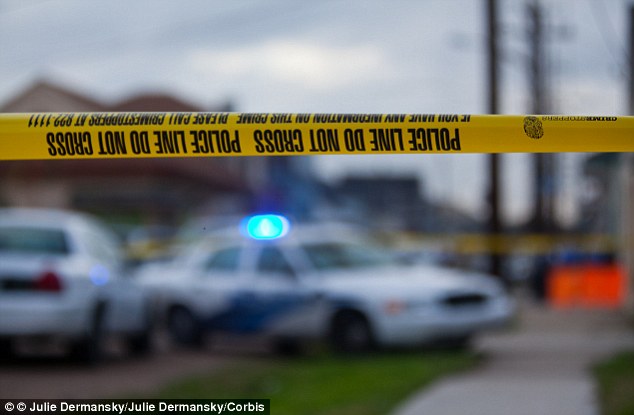 ‘Beatings:’ In a court filing, prosecutors said Toviave ‘savagely’ beat the children if their chores weren’t finished or completed to his satisfaction

Two of the victims were in the courtroom during sentencing, but declined to speak.
Victim statements were entered into the record, however, and one was read aloud by a representative.
‘The physical torture, beating me and starving me, you inflicted was so painful that I prayed at night that God would either help me to be free or allow your assaults to kill me,’ wrote the unnamed victim. ‘The pain is something I will never forget. In the midst of your verbal and physical assaults, you worked the four of us to death.’
The victim wrote that although Toviave’s actions made it so that he ‘can no longer trust anyone’ and he wakes ‘from nightmares on a regular basis that involve me being back under your care,’ he participates in several sports at his school, is president of the student council and has vowed to become a doctor one day.
‘My future is very exciting,’ the victim wrote.
When given the chance to speak before sentencing, Toviave recounted traveling to Ghana in 2007 to visit his sick mother. After the hearing had ended, Toviave asked Tarnow if he could say something else. Tarnow said OK, but Toviave then decided against it.
A jury convicted Toviave of four counts of forced labor in October. He previously pleaded guilty to fraud and misuse of visas, mail fraud and harboring aliens.
Along with restitution, Tarnow ordered Toviave to pay $7,200 to two victims to be used toward counseling, but both the judge and defense lawyer Randall Roberts, who called his client ‘penniless,’ said it seemed unlikely Toviave would be able to come up with the money.
Roberts, who asked Tarnow to sentence Toviave to four years, said the judge’s sentence ‘was as tough as it comes.’
Read more: http://www.dailymail.co.uk/news/article-2299038/Jean-Claude-Toviave-Former-tennis-pro-trafficked-children-Togo-U-S-forced-work-slaves-Michigan-home.html#ixzz2OgEMoGbM