(Reuters) – Texas on Wednesday plans to put to death a woman convicted of killing her elderly neighbor, marking the first U.S. execution of a woman in nearly three years.
This will also be the 500th execution in the state since capital punishment was restored in 1976.
Kimberly McCarthy was convicted of stabbing her neighbor to death and cutting off her ring finger. Of the 1,337 executions since the death penalty’s reinstatement, only 12 have been women. The last was Teresa Lewis by Virginia in September 2010.
Texas has been by far the most prolific U.S. state in executing prisoners, leaving Virginia a distant second with 110 executions, according to the Death Penalty Information Center.
McCarthy, 52, was convicted of killing Dorothy Booth, 71, at Booth’s home in Lancaster, Texas, in 1997. She is scheduled to die by lethal injection after 6 p.m. CDT (7:00 p.m. EDT) at a state prison in Huntsville.
Since January, a county judge postponed her execution twice to address appeals by lawyer Maurie Levin, who raised questions about possible racial discrimination in the selection of the jury that convicted her. McCarthy is African-American. 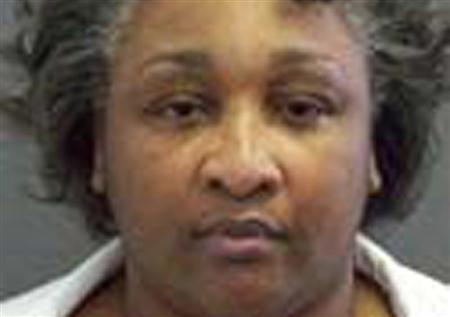 The issues in McCarthy’s case “reflect problems that are central to the administration of the death penalty as a whole,” Levin said. “For this to be the emblem of Texas’ 500th execution is something all Texans should be ashamed of.”
Eleven of the 12 Dallas County jurors who convicted McCarthy were white and eligible nonwhite jurors were excluded from serving, Levin’s appeal said.
The Texas Court of Criminal Appeals denied McCarthy’s request for a stay of execution on Monday, ruling that the issues should have been raised earlier. Levin’s request for reconsideration was also denied.
Fifty of the Texas executions since reinstatement of the death penalty have been from prosecutions in Dallas County, the second-highest of any county in the nation behind Harris County, which includes Houston. Dallas County has previously been accused of racial discrimination in jury selection.
In 2005, the U.S. Supreme Court ruled that a black death row inmate convicted in the county was entitled to a new trial because of strong evidence of racial bias in jury selection during his 1986 trial.
McCarthy, who was linked to the murders of two other elderly women, was first convicted in 1998 for Booth’s murder, according to a case summary from the Texas Attorney General. She was accused of stabbing Booth five times and pawning her ring.
The Texas Court of Criminal Appeals overturned that conviction in 2001 because no lawyer was present when she was questioned, even though she had asked for one, according to court documents. She was convicted and again sentenced to death after a second jury trial in 2002.
The state appeals court agreed with the second conviction and sentence in 2004.
McCarthy would be the 18th person executed in the United States so far this year and the eighth in Texas.
(Reporting by Lisa Maria Garza; Editing by David Bailey, Greg McCune and Lisa Von Ahn)

How rioting and looting led to the birth of the U.S.A.

All My Babies: Documentary About Black Midwife, "Miss Mary" Cooley, Who Birthed Over 1400 Babies