A government report released Thursday found that a middle-income family with a child born last year will spend about that much in child-related expenses from birth through age 17. That’s a 3.5 percent increase from 2010.

The number only accounts for expenses before a child’s 18th birthday. It doesn’t include the cost of college or the money parents spend on ‘boomerang kids’ who move back home because they can’t find a job. 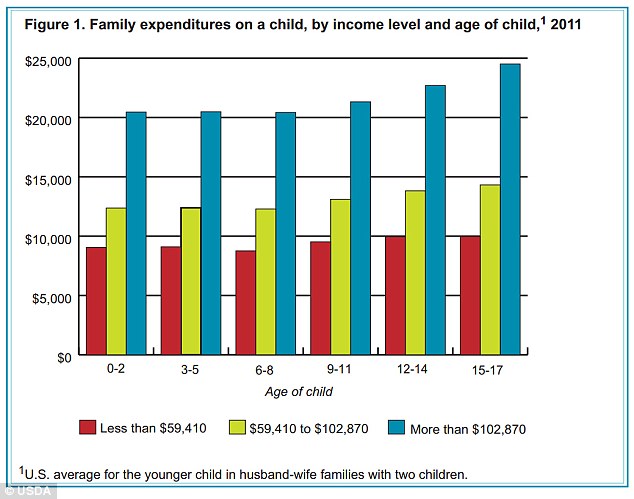 Costly: Babies are expensive, but teenagers cost much more, according to a government report on the price of raising a child

The report from the Agriculture Department’s Center for Nutrition Policy and Promotion said housing is the single largest expense, averaging about $70,500, or 30 percent of the total cost. Bundle of joy: The $235,000 price tag only includes raising a child to his or her 18th birthday. It doesn’t count the sky-high cost of college tuition or the expenses of ‘boomerang children’ who move back home 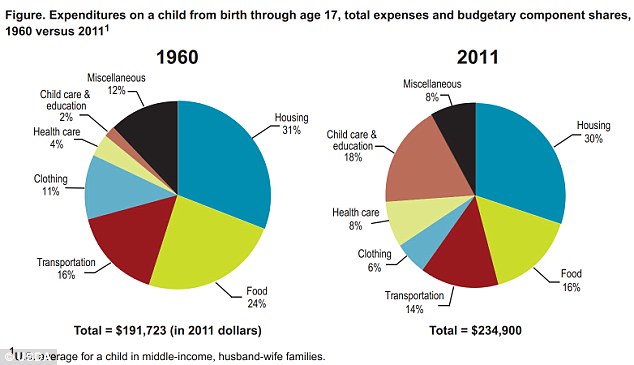 Cost increase: Childcare and education expenses have increased dramatically since 1960, when most mothers stayed home and looked after their children full-time

The USDA has issued the report every year since 1960, when it estimated the cost of raising a child was just over $25,000 for middle-income families. That would be $191,720 today when adjusted for inflation.

Housing was also the largest expense in raising a child back in 1960. But the cost of child care for young children — negligible 50 years ago — is now the second largest expense as more moms work outside the home.

The report considers middle-income parents to be those with an income between $59,400 and $102,870. It says families that earn more can expect to spend more on their children.

The cost per child decreases as a family has more children. The report found that families with three or more children spend 22 percent less per child than those with two children.

The savings result from hand-me-down clothes and toys, shared bedrooms and buying food in larger quantities.

Worth it? A middle class family could buy a 2012 Ferrari 458 Italia if both parents saved all the money they would have spent raising one child 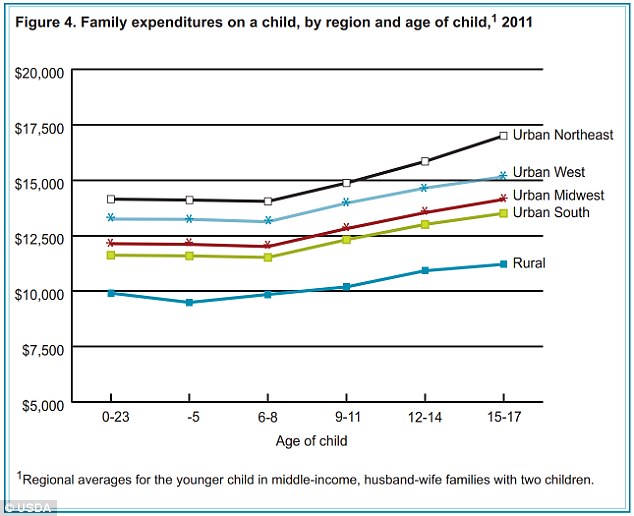 Regional differences: It costs much more for a family to raise a child in a city like New York or Boston than it does for parents to bring up kinds in a small town