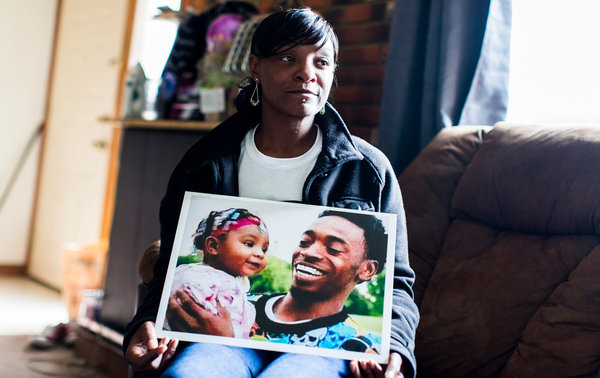 “I wanted the world to see what they showed me,” said Sonya Moore, Derek Williams’s mother, of a surveillance video of her son.

MILWAUKEE — Before he died, Derek Williams pleaded with police officers for help. For about 10 minutes, Mr. Williams, shirtless and handcuffed on suspicion of robbery, claimed he could not breathe, and then collapsed in the back seat of a police cruiser. Finally, the officers began to give CPR. By then it was too late.

In September, more than a year after his death at 22 on July 6, 2011, the public heard his calls for help. After months of public records requests, The Milwaukee Journal Sentinel obtained the squad car surveillance video of Mr. Williams’s final moments and posted it on its Web site. The same week, the Milwaukee County medical examiner revised the manner of death from natural to homicide, suggesting that the fight with the police could have been a contributing factor.

The move prompted John T. Chisholm, the district attorney, to request that a special prosecutor lead a public inquest re-examining the case. On Oct. 10, the Federal Bureau of Investigation announced a separate investigation of Mr. Williams’s death, and the Justice Department said that it was considering a broader inquiry into Milwaukee Police Department practices. 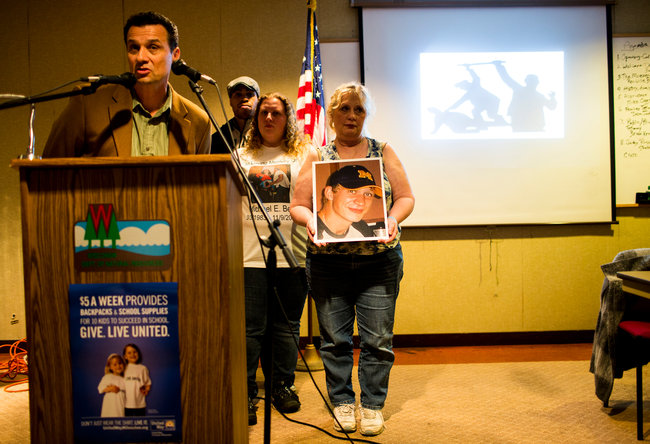 The family of Michael Bell, who was killed by a police officer in Kenosha, Wis., in 2004, spoke at a forum in Milwaukee.

City officials admit that the circumstances surrounding the death of Mr. Williams, who was black, led to a failure to recognize a medical crisis. They called it a tragedy that could be avoided through more training and a new policy requiring officers to call an ambulance when a person in custody complains of pain — whether the complaint is convincing or not.

But for some, especially in the city’s black neighborhoods, the video has amplified distrust of a police department that has been accused of misconduct for years.

“I think people are saying enough is enough,” said Ralph E. Hollmon, president of the Milwaukee Urban League. “At the end of the day, we have to bring some healing to this community and we need to restore some confidence.”

Ask black leaders here about Milwaukee’s history of police-community relations, and many will rattle through a list of names — victims, they say, of police transgressions that date to the 1950s.

Now, the inquiries into Mr. Williams’s death come at a particularly stressful time for the police here. Amid unflattering news reports that have plagued the department recently, criminal charges were brought against four officers in early October for conducting illegal strip and body-cavity searches. Community meetings were called in Milwaukee to discuss police misconduct, one including the family of Michael Bell, who was killed by a police officer in Kenosha, Wis., in 2004.“We are in a challenging time right now because of these emotional events,” said Mayor Tom Barrett, who called for the outside investigation of Mr. Williams’s death but has continued to support Edward A. Flynn, Milwaukee’s chief of police.

A 2011 police report contends that Mr. Williams was trying to rob someone on the street on the night he died. When officers arrived in the North Side neighborhood, they chased Mr. Williams and found him hiding behind an overturned table in a residential backyard. He was handcuffed after struggling with an officer, who used his knee to pin Mr. Williams face down on the ground, the report said.

Later, a camera inside the squad car captured Mr. Williams begging for help while the police dismissed his pleas. “Sir, I can’t breathe,”  he says on the video, followed by “Believe me” and “I want an ambulance.”

At one point, an officer says, “You’re just playing games.”

Mr. Williams’s family made the video public after The Journal Sentinel acquired it. “I wanted the world to see what they showed me,” said his mother, Sonya Moore. “Anybody that has a soul knows that was wrong.”

Investigations by the district attorney’s office and the Police Department cleared the officers involved of any wrongdoing after an autopsy report indicated that Mr. Williams died naturally from a “sickle cell crisis.” That is a genetic complication that occurs when abnormal, sickle-shaped blood cells block vessels and deprive the body of oxygen.

But medical opinions differ about such incidents. While Mr. Williams carried the sickle cell trait, he did not have the disease. Dr. Lanetta B. Jordan of the Sickle Cell Disease Association of America said people who were only carriers, like Mr. Williams, could not die from sickle cell crisis. Yet Dr. Brian L. Peterson, the Milwaukee County medical examiner, citing the work of other pathologists, said that it could happen in cases of high stress.

After the squad car video was released, Dr. Peterson reviewed the autopsy report and amended its findings. While it still lists sickle cell crisis as the cause of death, he changed the manner of death to “homicide,” raising questions about a fractured hyoid bone in Mr. Williams’s neck and whether a struggle with officers could have triggered the crisis.

The switch was enough to reopen the case and get federal agencies involved. A status hearing to set an inquest date is scheduled for Nov. 14.

Chief Flynn said he welcomed the outside scrutiny. He said the department had dealt with any “willful misconduct” it discovered but strongly denied any widespread problems in his force.

“The notion that nothing changed is absurd on its face in terms of how this police department responds to its community,” he said, pointing to neighborhood outreach and transparency efforts that have been put in place since he took office in 2008. “But historical memories are long, and I have to just accept that part of reality and not be dismissive of it.”