A quick-thinking toddler saved his aunt’s life on Friday after he realised she was having a seizure and called 911.

Tyrone Copeland Jr. was playing near Deneene Copeland in Wilmington, Delaware’s Speakman Park at around 3pm when she started fitting.

The three-year-old instantly knew that something was wrong and ran over to seek help from nearby adults, who told him to call emergency services. 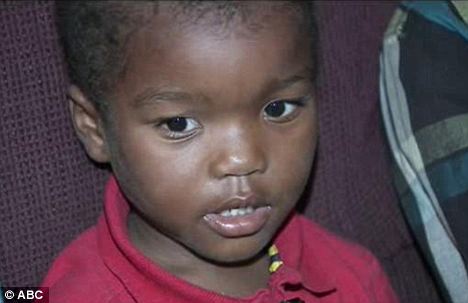 ‘She is laying there and she’s had a seizure and her mouth is closed,’ he said.

Attending officers said they were shocked at how well Tyrone communicated the situation, despite his young age, as his aunt drifted in and out of consciousness.

‘This is something that a three-year-old is saying,’ awed Wilmington Police Department officer Mike Ivey told ABC.

When police arrived at the scene they found Tyrone by his aunt’s side.

The tot calmly explained what had happened, telling them his address as Ms Copeland lay on the ground, unable to speak. 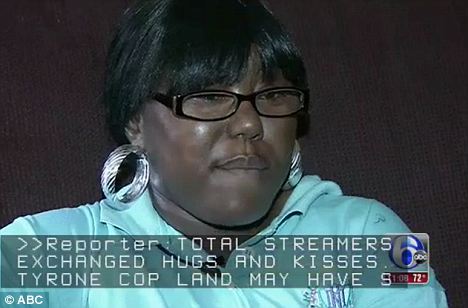 Tyrone Copeland Jr. was playing near Deneene Copeland in Wilmington, Delaware’s Speakman Park at around 3pm when she started fitting

‘He is just amazing because he knew his name, he knew his address, and he told us concisely what was wrong and where to go,’ said Paula Thomas, one of the people Tyrone first approached.

She has suffered seizures in the past though her exact medical condition is not known.

Her nephew has meanwhile been hailed a hero and a ceremony in his honour is expected to be held next week, where he will be presented with a certificate of accommodation.

‘Any other person probably wouldn’t have done that,’ Ms Copeland told ABC.

‘I am very happy and very appreciative of what he did.’