Archaeologists have discovered the lost city of Mahendraparvata deep in the Cambodian jungle.

Archaeologists had to harness laser technology to locate the mysterious city, which is nestled in the Phnom Kulen mountains of Northern Cambodia, according to a paper published in the journal Antiquity.

“Despite knowing that the Phnom Kulen mountains likely hid traces of a Khmer capital city, archaeologists have had difficulty accessing the region,” the researchers explain in a statement accompanying the paper. “The mountains are covered in dense vegetation and they were one of the last strongholds of Khmer Rouge guerillas until the 1990s – land mines and unexploded ordnance continue to pose a threat to communities living and working in the mountains, and complicate archaeological research.”

By combining airborne laser scans and ground surveys, researchers were able to locate the city. Previously, the only evidence of Mahendraparvata was a small number of isolated shrines 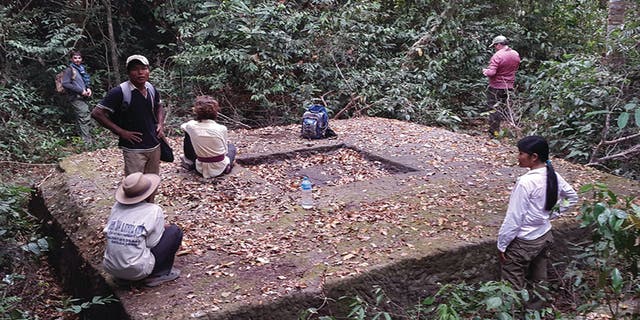 An example of a newly documented temple site in the forests of Cambodia’s Phnom Kulen region. (Photograph courtesy of the Cambodian Archaeological Lidar Initiative/Antiquity)

Experts harnessed LiDAR (Light Detection and Ranging) technology, which uses a laser to measure distances to the Earth’s surface and can prove extremely valuable to study what is hidden in areas with thick vegetation. LiDAR is also used extensively in other applications, including autonomous cars where it allows vehicles to have a continuous 360 degrees view.

Mahendraparvata, which dates back to the 8th and 9th century A.D., was once the capital of the ancient Khmer Empire. Although less well known than the Khmer temple complex of Angkor Wat and the ancient megacity of Angkor, Mahendraparvata pre-dates Angkor, according to experts.

Laid out on a grid basis, the researchers believe that they have found a number of the city’s blocks. LiDAR also indicates that an “ambitious” hydraulic engineering project was started at Mahendraparvata, but never finished. “This meant that the water management system was not sufficient to support irrigated rice agriculture, which may suggest the city did not last long as a Khmer power center,” the researchers said, in the statement. “Even though the reservoir at Mahendraparvata was not functional, it predated and may have inspired the vast artificial lakes that would become a defining feature of Angkor.” 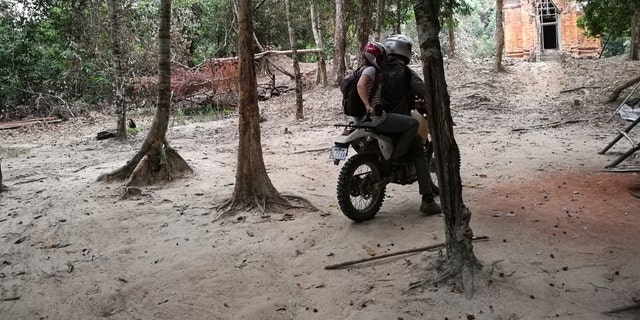 Experts also studied mysterious “mound fields” at the Mahendraparvata site. The fields consist of 366 individual mounds set out in geometric patterns and 15 groups. Ceramics and evidence of 10th-century A.D. construction were found at the mounds. “Although the purpose of the mounds remains unknown, it is likely that, whatever they were, the mounds were built later than the majority of Mahendraparvata,” they explained, in the statement.

In a separate project earlier this year, researchers shed new light on the events surrounding the demise of Angkor. In the study, experts argued that the city’s fall may have been a gradual process as opposed to a single catastrophic event.

Surrounded by dense jungle, the vast city was once the thriving capital of the ancient Khmer Empire. At one point, the population of Angkor may have been over 1 million people, according to LiveScience. 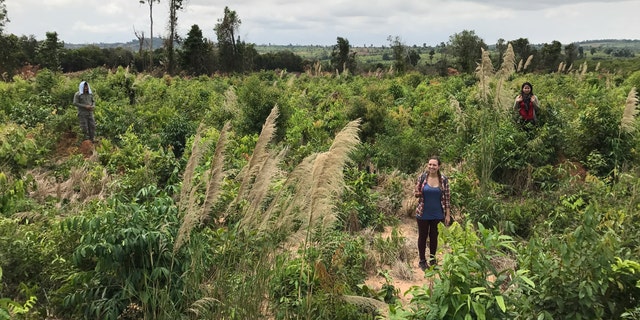 The circumstances surrounding Angkor’s demise have been debated for years. One theory suggested that aggression from neighboring states forced the city’s abandonment in 1431.

The mysterious “Plain of Jars” in neighboring Laos has also been revealing more of its grisly secrets. In research released earlier this year, experts said that the site may be the burial place for thousands of dead babies and children.