Gede ruins are the remains of a Swahili town, typical of most towns along the East African Coast. It traces its origin in the twelfth century but was rebuilt with new town walls in the fifteenth and sixteenth centuries. This rebuilding is connected with the emigration of many citizens of Kilwa to Mombasa, Malindi and other places along the coast.

With its numerous inhabitants, the town became wealthy and it reached its peak in the fifteenth century. This enormous wealth is evidenced by the presence of numerous ruins, comprising of a conglomeration of mosques; a magnificent palace and houses all nestled in 45 acres ofprimeval forest. But in the first half of the seventeenth century the last
families left the town.

Gede’s eventual abandonment to nature is believed to be as a result of a number of factors. Namely, the Wazimba raid along the East African coast in 1589. The removal of the Sheikh of Malindi and the Portuguese to Mombasa in 1593. The falling water table as shown by the deepening of the well outside the Great Mosque and finally the overhanging menace of the Galla, a hostile nomadic ethnic group from Somalia. Gede remains the first intensively studied site on the coast. It was first visited by Sir John Kirk, a British resident of Zanzibar in 1884. Over forty years later in 1927, it was gazetted as a Historical Monument. Two years later in 1929, it was declared a “protected monument” and in the late thirties, the Public Works Department carried out work on preservation of its crumbling walls. Gede was soon after the repairs in 1948 declared a National park and an Archaeologist appointed as warden. Thus, the first archaeological work at Gede began under the direction of James Kirkman followed by the first publication of the site. In 1969, Gede’s administration was taken over by the Museum Trustees.

Currently the Monument is under the care of the National Museums of  Kenya and in addition to being a very important archaeological site; Gede indigenous forest is a sacred site for traditional rituals and sacrifices for the surrounding community.

Ruins of the Great Mosque in Gede, Kenya. 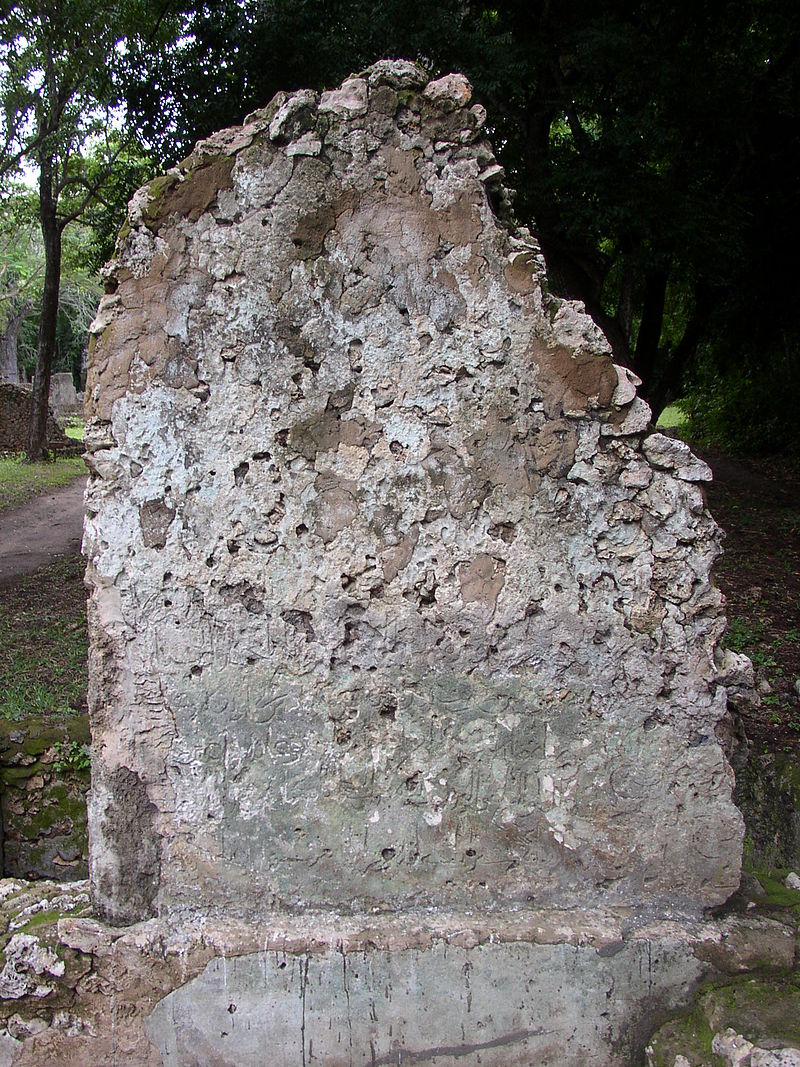