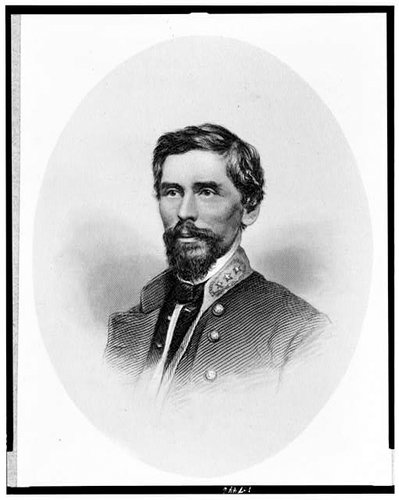 As Generals Robert E. Lee and Thomas J. “Stonewall” Jackson were winning their smashing victory at the Second Battle of Bull Run in Virginia, another Confederate army triumphed even more decisively at the little known battle of Richmond, Ky., led in part by the man destined to be known as the “Stonewall of the West”: Gen. Patrick Cleburne. Richmond was potentially even more decisive than Bull Run — it opened Kentucky to Confederate invasion, giving the rebels a possible route to the aorta of the Union war effort, the Ohio River.

It was quite a reversal of fortunes. By mid-July 1862, Union troops under Gen. Don Carlos Buell were within 20 miles of the railroad hub at Chattanooga, Tenn., threatening to open an attack path to Atlanta. Buell’s opponent, Gen. Braxton Bragg, determined that his best response was to gain strength and seize the initiative by moving in concert with a smaller Confederate force in east Tennessee into Kentucky. Bragg figured that Buell would be forced to follow him into Kentucky where the two armies might meet on more even numerical terms. After all, earlier cavalry raids into the Bluegrass State had usually returned with new recruits, which implied that a Confederate army might get even bigger north of the Tennessee line as it absorbed local sympathizers.

Among Bragg’s brigade leaders was Cleburne. About a dozen years earlier he had emigrated from Ireland, where he was born on St. Patrick’s Day. After apprenticing as a druggist and serving a couple of years as a British soldier, the 21-year-old Cleburne arrived in New Orleans on Christmas Day, 1849. Friends of a Cincinnati cousin provided a letter of introduction to two doctors who owned an apothecary in the frontier river town of Helena, Ark. They were looking for a store manager. Cleburne soon bought the store, successfully managed it and later sold it to become a lawyer.

He befriended another attorney the same age named Thomas Hindman, who later became a congressman and Confederate general. Cleburne shared the short-tempered Hindman’s opposition to the xenophobic Know Nothing party. Before the two walked to dinner at a Helena hotel one evening, Hindman cautioned Cleburne to carry a pistol. An enraged Know Nothing politician had pledged to shoot Hindman for an earlier intemperate remark. In a street confrontation worthy of Hollywood westerns, the two friends suffered gunshot wounds, but killed one of three opponents. At trial, the killing was ruled self-defense.

Though hardly an aristocrat, Cleburne was a Southern loyalist. “I never owned a Negro,” he wrote to a brother in Cincinnati during the secession crisis, and “care nothing for them.” His neighbors, however, “have been my friends and stood up for me on all occasions. I am with Arkansas in weal or woe.” Cleburne joined a local regiment as a private, but his military experience enabled him to rise to the rank of brigadier general a month before his first battle, at Shiloh. His brigade was among the first to attack.

Cleburne rapidly won the admiration of his direct superior, Maj. Gen. William Hardee, a former West Point commandant. He also developed original tactics: for example, he gave his best target shooters long-range Whitworth rifles, consolidating the men into a dedicated sharpshooter company. His division was the only one in the Army of Tennessee to have its own flag – a full moon centered on a blue background. In time, Yankees came to dread the sight of the flag. 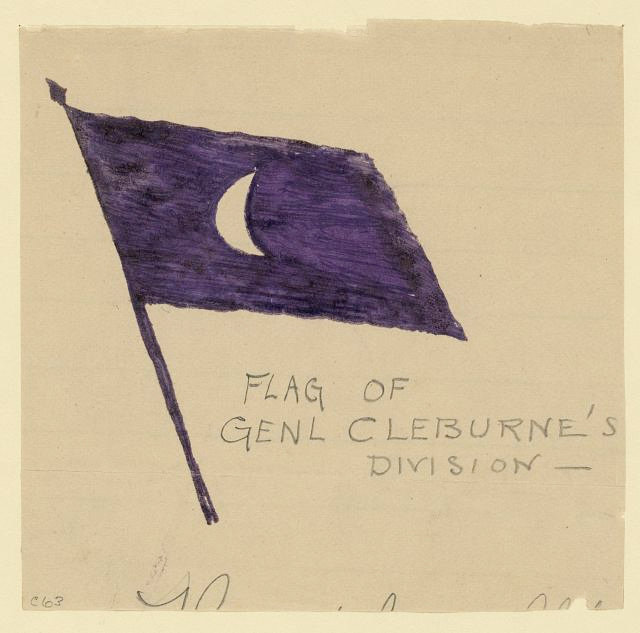 Cleburne proved himself once again during the Confederate invasion of Kentucky. With his division in the lead, Confederates first met resistance late in the afternoon on Aug. 29, 1862, just south of Richmond, about 25 miles south of Lexington. The opposing Union force, composed of 6,500 soldiers, mostly green Indiana and Ohio recruits, was the Army of Kentucky. The initial clash was brief, owing to approaching nightfall.

The following morning Cleburne’s superior ordered him to avoid initiating battle until reinforcements arrived. Meanwhile Cleburne deployed a unit of sharpshooters, thereby provoking the Federal commander into attempting an unwise flank attack. . Cleburne reasoned that the Federals diverted troops from the center of their defense line in order to bolster the flanking maneuver. Since a reinforcing Confederate brigade had arrived, Cleburne ordered his men to attack the vulnerable spot. As a result, the Union suffered a spectacular defeat, with losses of about 5,300, including about 4,300 captured. Confederate losses totaled only about 500.

Buell and Bragg finally clashed at the Battle of Perryville, in October. One of the first Confederate units to attack ran out of ammunition, and Cleburne’s was sent to take its place. His assault broke the Federal lines so quickly that his men were soon vulnerable to enfilading fire on each flank, but held their position until nightfall, when they were ordered to withdraw.

By the end of the year Cleburne was promoted to major general, while Hardee commanded an entire corps as a lieutenant general. The two continued to work closely together in 1863. At the battle of Stones River, in Tennessee, Hardee’s corps was to attack the Union right. Its four divisions were ordered to rotate like the spoke of a wheel to the right, but the outermost unit got lost, forcing Cleburne’s to become the end of the spoke and cover enormous ground. His troops outran the others, again coming under enfilading fire as companion units didn’t keep up. At the Battle of Chickamauga in September 1863, Cleburne’s division was among others pounding the Union general George H. Thomas until Thomas, known as the “Rock of Chickamauga,” retreated to Chattanooga.

That fall Gen. Ulysses S. Grant, in command of the besieged forces in Chattanooga, planned to break out by sending Gen. William T. Sherman to attack the Confederate right, which was defended by Cleburne. Despite a four-to-one numerical advantage over seven hours of attacks, Sherman had no success. Finally, a reluctant General Thomas sent troops to assault the Confederate center, where they unexpectedly won the day for Grant.

In December 1863 Bragg was replaced by Gen. Joseph Johnston. Cleburne asked Hardee to inform the new commander that the Irishman had a policy memorandum he wanted to present to all the army’s generals. They gathered on Jan. 2, 1864 — over 15 months before Appomattox — to hear a proposition nobody with the status of major general had yet dared to speak.

Cleburne proposed that slaves be admitted as volunteer soldiers and that the government shall “guarantee freedom to every slave” — including women and children — who remained loyal. He stressed three points. First, the North had an insurmountable three-to-one manpower advantage among the white population. Second, Southern emancipation might reduce the Union Army’s slave recruiting to a trickle. Third, slave liberation would remove the chief obstacle to diplomatic recognition. “Negroes will require much training,” he concluded prophetically, “and there is danger that this concession to common sense may come to late.”

The memorandum was forwarded to Jefferson Davis, who ordered General Johnston to suppress it, but pointedly underscored his respect for Cleburne as a “gallant” and “patriotic” soldier. The memo remained a closely held secret until a quarter- century after the war, when the only surviving copy was discovered.

Cleburne went on to fight in the Atlanta campaign under Johnston and his successor, Gen. John Bell Hood. After abandoning Atlanta, Hood advanced into Tennessee. When his army failed to trigger a carefully laid trap for retreating Federals at Spring Hill, Hood concluded that his soldiers lacked the customary offensive spirit he had experienced earlier in Lee’s Virginia army. (Many years after the war, several credible observers speculated that the problem may instead have been gifts from the area’s renowned distilleries. Among the recipients was Gen. John Brown, whose division was supposed to start the attack.)

Consequently, the next day Hood ordered a frontal assault against Yankee breastworks at Franklin, Tenn. Half- again as big as Gen, George Pickett’s Gettysburg charge, advancing over twice as much open ground, the attack was a slaughter. Seven generals were killed and 55 regimental commanders fell, along with over 6,000 other soldiers. (Margaret Mitchell’s fictional Rhett Butler was, predictably, a rare survivor.) Cleburne’s body was found only yards short of the Federal line.

The general left no descendants, having died before marrying a bereaved fiancé. Ten months after suppressing Cleburne’s conditional emancipation initiative, Davis presented a similar bill to the Confederate Congress.

Documentary 'Three Days at Foster,' examines the true history of integration at Alabama