Three child care workers have been arrested for allegedly encouraging toddlers under their watch to fight for sport.

According to police, Tiana Harris, 19, Lisa Parker, 47, and Estefania Myers, 21, were captured in a cell phone video egging on two three-year-old children to get physical for the fun of it at the Hands of Our Future Daycare in Dover, Delaware.

In the footage, taken in March, a toddler’s voice is heard crying out in pain, ‘He’s pinching me,’ as the little one tries to break free from a scuffle with another youngster. 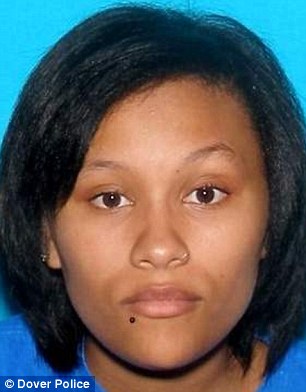 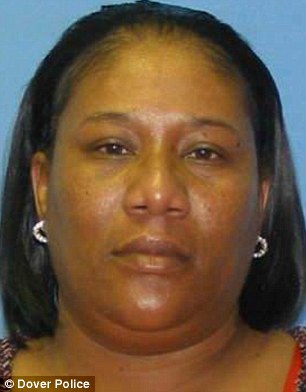 Arrested: 19-year-old Tiana Harris, left, and Lisa Parker, 47, allegedly encouraged young children in their care to fight for sport at the Hands of Our Future Daycare in Dover, Delaware

Shockingly, the voice of one of the workers responds, ‘No pinching, only punching’ as the worker guides the child to stay in the fight zone at the center, that boasts a peaceful atmosphere with the motto: ‘Young Hearts Loving the World.’ 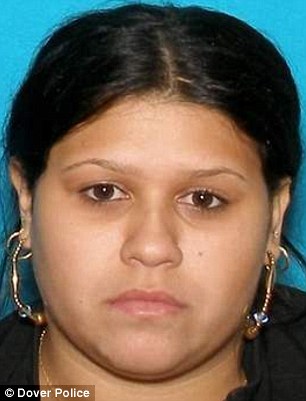 Estefania Myers, 21, has also been charged in the toddler fight club case

‘Clearly one of the children is crying and does not want to continue on and he is pushed back into the fray by one of the adults,’ Dover Police Captain Tim Stump told KYW-TV.

A mother of a child at the same day care, Cristyl Slack, said that her four-year-old daughter was in the room and witnessed the attack when the fight happened in March.

‘That pissed me off just because I feel if my daughter is around anything, I should have known,’ Slack said.

‘I can’t ever believe in a million years,’ another stunned mother, Amy Bickling, said, ‘I mean I would have to see the proof to believe it.’

The fight footage is considered evidence in the case and is not being showed to the public or parents.

The Dover child care facility has had its license suspended over the incident, pending a hearing.

A City of Dover Code Enforcement sign was posted to the door reading: ‘Danger. This structure is declared unsafe for human occupancy or use. It is unlawful for any person to use or occupy this building. Any unauthorized person removing this sign will be prosecuted.’

Dover Police said they will communicate with parents to answer questions and concerns. 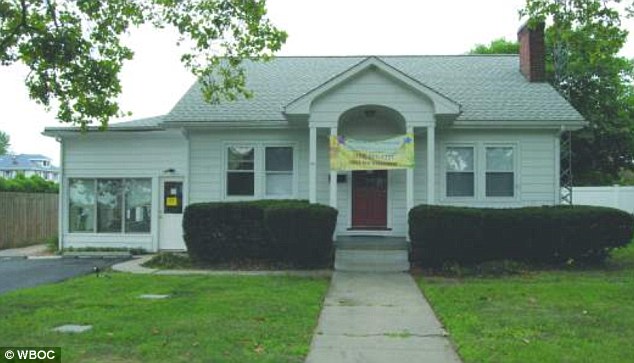 Footage allegedly shows two three-year-old children being coaxed to get physical for sport at the Hands of Our Future Daycare in Dover, Delaware (pictured) 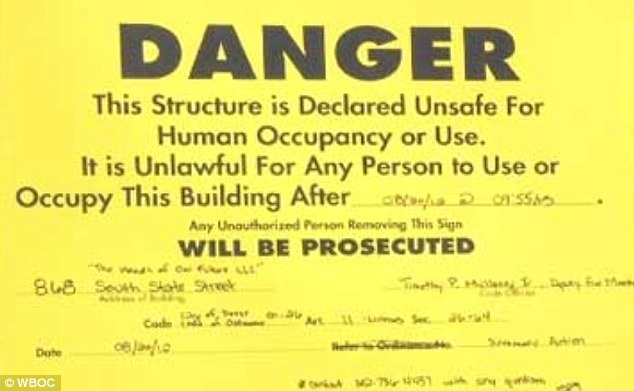 Closed: Officials posted an announcement on door of the center. The Dover facility has had its license suspended over the incident, pending a hearing