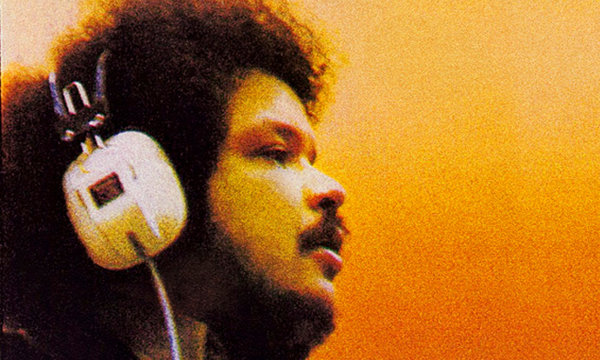 Tim Maia in 1972. Maia, who died in 1998, brought soul, funk and disco to his native Brazil, inspiring the movement called Black Rio.

TIM MAIA had a huge voice, with appetites to match. The voice made him one of Brazil’s most popular singers for nearly 30 years, a pioneer in adapting American soul music to Brazilian tastes; the outsized cravings for drugs, alcohol and food derailed his career, killing him in 1998, just as he seemed to be getting back on track.

But now, nearly 15 years later, Maia’s comeback seems to be complete: a musical about him has been one of the biggest hits of the last year in his hometown, Rio de Janeiro; a biopic is in the works; and his influence can be heard in contemporary Brazilian pop stars like Seu Jorge and Marcelo D2. In the United States, David Byrne’s Luaka Bop Records, hoping that Americans will join the bandwagon, this month released “Nobody Can Live Forever,” a compilation of some of Maia’s funkiest work from his creative peak in the 1970s.

Like many Brazilians, Maia, who would have turned 70 last month, had a mixed racial background: his grandfathers were Portuguese and Italian, his grandmothers of African and Amerindian descent. But from the moment he first heard the music of Little Richard as a teenager, he chose to identify himself as black, and his most significant contribution to his country’s culture was to bring black American pop styles — first soul, then disco and funk — into the Brazilian mainstream.

“Tim was the Big Bang who completely changed the scene when he arrived at the turn of the ’70s,” said Nelson Motta, a songwriter, record producer and author who wrote the 2008 Brazilian best-seller “Vale Tudo: O Som e a Fúria de Tim Maia” (“Anything Goes: The Sound and the Fury of Tim Maia”). “He took the black American thing and mixed it with Brazilian forms like samba, baião and xaxado, inaugurating a new direction in Brazilian pop that remains popular even today: that of urban black music.”

As a singer, Maia, who also played guitar, drums and flute and wrote many of his own arrangements, alternated between being a gruff soul belter  — Wilson Pickett comes to mind — and a romantic balladeer somewhat in the style of Barry White  or Luther Vandross. In fact, Reginaldo Francisco, a pianist who worked with Maia for many years under the stage name Dom Pi and wrote many songs with him, recalls that when White first became popular in Brazil in the mid 1970s, he was sometimes described as “the American Tim Maia.” 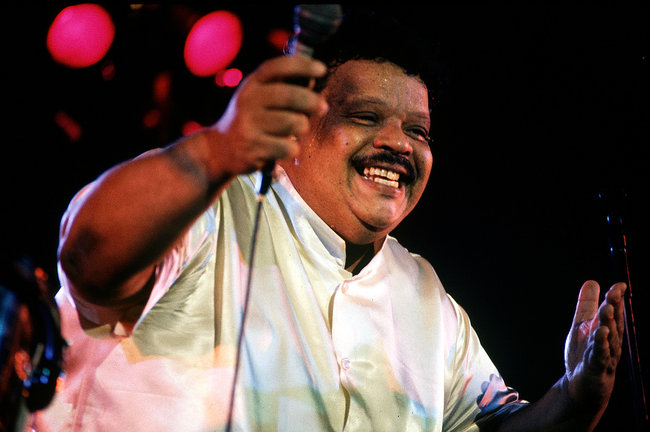 More than half the 15 songs on “Nobody Can Live Forever,” including the title track, are written in English, a language in which Maia could sing idiomatically thanks to nearly five years spent in the United States. He arrived in 1959 and made his way to Tarrytown, N.Y., where he joined a doo-wop group called the Ideals as a harmony singer and guitarist and set about absorbing as many of the musical currents of that time as he could.

Roger Bruno, a member of that group who would go on to write songs recorded by Cher, Pat Benatar, Teddy Pendergrass and Nancy Wilson, remembers spending Sunday mornings sitting with Maia across the street from a Baptist church so they could listen to the gospel choir, and going to smoky jazz clubs with him to hear organ trios. Even then, he said, Maia “knew what he wanted to do musically,” with the outlines of the style that would make him famous already visible.

“I’ve just been listening to some later stuff of his, and I was kind of amazed at how much the voice sounded as I remembered it,” Mr. Bruno, who lives in western Massachusetts, said in an interview last month, adding that until recently he was unaware that Maia had become a star after returning to Brazil. “He always had that flexibility in his voice, that raspy thing combined with an ability to be smooth, and he always sang with heart.” 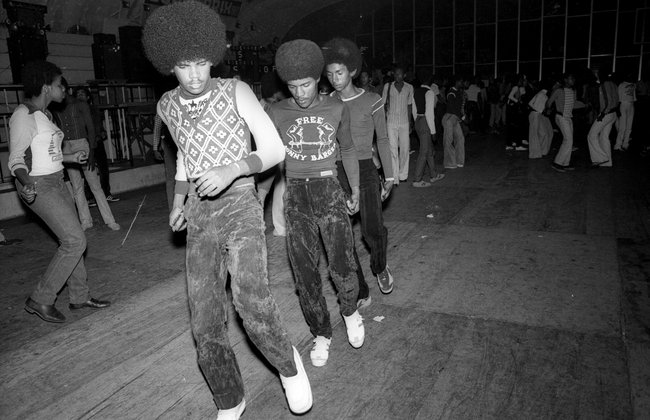 Scene from the movement called Black Rio in Brazil.

Maia, whose full name was Sebastião Rodrigues Maia, was deported in 1964 after serving jail time in Florida for possession of marijuana. But his fascination with black American music did not lessen when he landed back in Rio: Mr. Francisco remembers going with him on expeditions to a record store in Copacabana that carried all of the latest American releases.

“Sly and the Family Stone, Ray Charles, James Brown, Stevie Wonder, Harold Melvin and the Blue Notes, the Isley Brothers, the Ohio Players,” Mr. Francisco recalled. “We’d play those records at home all day long and then take them down to the studio so that we could grab hold of their influence. Tim already had his own style, with that deep voice, but he was attentive to everything.”

Maia’s enormous popularity in the ’70s triggered a shift in Brazilian pop culture that extended far beyond music, notably the emergence of a movement that came to be calledBlack Rio, with the English word “black” used instead of its Portuguese equivalent. The most obvious manifestation was that record companies signed acts that drew on Maia’s style, like Banda Black Rio,  the Gerson King Combo and Carlos Dafé, who had played in Maia’s band, Vitória Régia.

But fans of those bands also adopted Afro-American fashions and attitudes, which alarmed the all-white military dictatorship then in power, fearful of the importation of notions of black power into a country that had the largest black population outside Africa. In the working-class suburbs of Rio and São Paulo, fans would gather on weekends for exuberant all-night dance parties that featured Maia’s or other bands.

“On Saturday night, you’d get 15 or 20 thousand young people at a basketball court somewhere on the north side of Rio to see Tim, and they’d all be dressed in black power style, with the big hair,” recalled André Midani, a record executive who oversaw many of Maia’s early hits. “It was a rupture with the past, a way of putting the question of black and white on new terms.”

“The samba performers from before had stayed in the kitchen,” he continued, “but Tim and the rest refused to do that and came into the living room.”

Encouraged by Maia’s success, even widely known black Brazilian musicians who had not cultivated a close relationship with American soul began to make incursions into the style. In 1976, Jorge Ben, who knew Maia as a teenager and was thought of mostly as a practitioner of samba-rock, released the album “África Brasil,” and in 1990 he had a huge hit with the horn-driven “W/Brasil,”  which name-checked Maia and which the friends occasionally performed as a duet.

And after the Tropicalista Gilberto Gil returned to Brazil in the mid-1970s from exile in England, where he had been exposed to Jamaican and West African pop music, his focus began to shift from rock performers like the Beatles and Jimi Hendrix to a Pan-African sound that included American soul and funk. By decade’s end, he was writing songs like “Palco,”  which sounds like nothing so much as an Earth, Wind & Fire track sung in Portuguese.

But by then, Maia had embarked on a long, slow decline, attributable to his habit of indulging in what he called “the triathlon” of cocaine, marijuana and whiskey. That caused him to cancel shows at the last minute, show up at recording sessions with his voice weakened and fight with one record label after another — all of which added to his reputation for unpredictability.

He also consumed prodigious amounts of food, which caused his weight to balloon to more than 300 pounds. Alarmed by his declining health, Maia struggled to stay off drugs and limit his diet and was rewarded with a string of late hits, some of them covers by emerging artists, but in March 1998 he collapsed onstage, was hospitalized and died a few days later.

But his popularity with the Brazilian public remains undiminished. When Guns N’ Roses played the Rock in Rio festival in 2001 , they got their most ecstatic audience response when they played Maia’s “Sossego,” and smart Brazilian D.J.s know to follow the same strategy today.

“At any party in Brazil, at some point you have to play Tim Maia, whose songs have become obligatory standards among all social classes,” Mr. Motta said. “When you play Tim Maia, the dance floor is guaranteed to fill up.”