The parents of a 20-month-old allegedly left the boy alone inside a casino hotel room while they partied for his father’s birthday.

Natalie Fouche, 30, and Albert Thomas Owens, 36, are accused of leaving their child in a Seminole Hard Rock Hotel & Casino hotel room in Hollywood, Florida so they could enjoy dinner and drinks.

Once the youngster was asleep on a bed, they unplugged the telephone in the room so he would not be disturbed and left, police said. 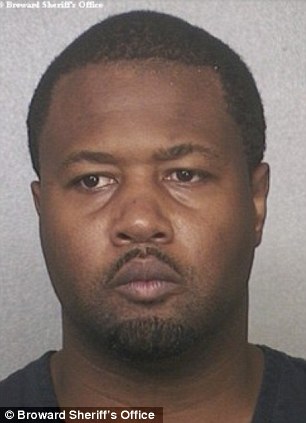 ‘Night out’: Natalie Fouche, left, and Albert Owens, right, are accused of leaving their 20-month-old son on his own in a casino hotel room so they could celebrate Owens’ 36th birthday 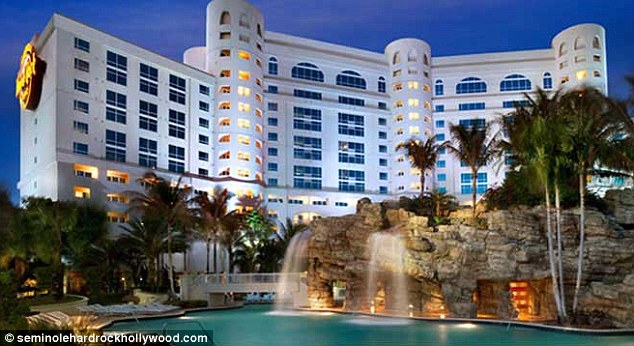 Scene: The child was found sleeping on a bed by security guards at the Seminole Hard Rock hotel

A casino security supervisor was alerted that the telephone was unplugged from a wall socket shortly before 7.30 p.m. on Tuesday, the Sun Sentinel reported.

They found the child asleep on the bed and waited for 20 minutes before alerting police.

Fouche, a nusrsing student, and Owens, who is unemployed, returned to the room at 8.05 p.m. and told officials they had been in the casino for dinner and alcoholic drinks.

The told police they had left their son on his own for at least 45 minutes, Bitner said, and they were taken to Broward County jail. 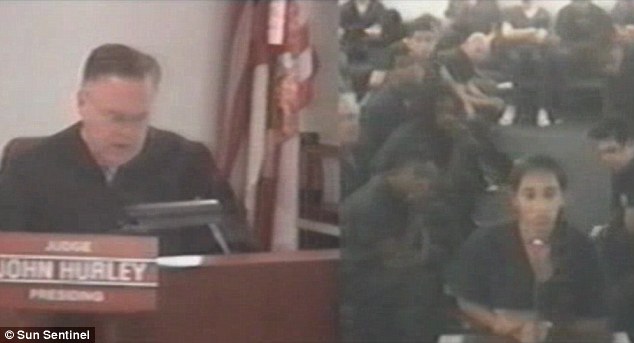 In court: Fouche appears in court on one charge of child cruelty. Her son was handed over to his grandmother 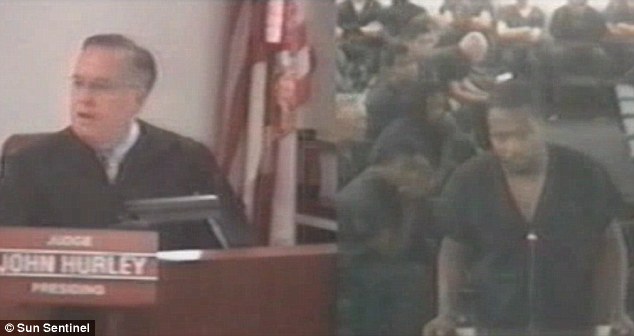 Orders: Owens, who is unemployed, appeared before the judge, who ordered him not to see the child

They appeared before Broward Judge John Hurley, who ordered them to have no contact with the child until a further hearing decides who will be awarded custody.

The youngster was handed over to his grandmother and the Florida Department of Children and Families has been contacted, he said.

Each were charged with one one count of cruelty toward a child and were ordered to remain in jail on $1,000 bond.

They told the judge they only had $500 between them and that they hoped Owens’ mother would be able to pay the fee. They had bonded out by Thursday morning.

Baby born with 12 toes in Tennessee