He may not be in the NBA yet, but Anthony Davis is trying to make the most of his future, trademarking his famous eyebrows days before the draft.

Davis led the Kentucky Wildcats to their eighth NCAA Championship title in March, but the phenom’s eyebrows are most likely to get him noticed.

Though friends have advised him to have them shaved or groomed, Davis has embraced them, and is hoping to cash in ahead of Thursday night’s NBA draft. 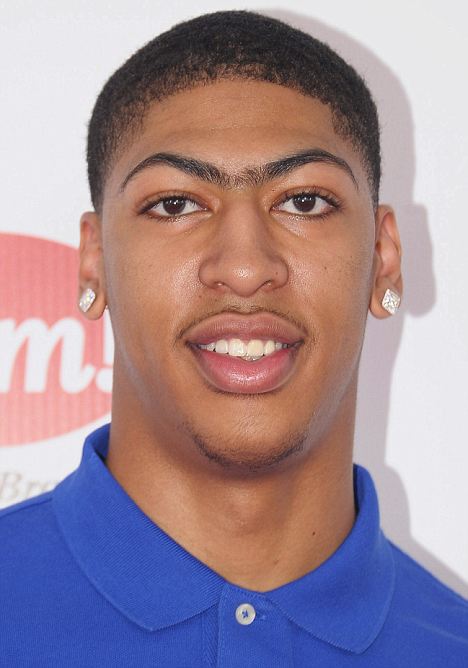 Fear the brow: Anthony Davis has trademarked his unibrow just before the NBA draft on Thursday

Davis trademarked his own catchphrases ‘fear the brow’ and ‘raise the brow’ – a move which could secure boatloads of endorsements and merchandising deals.

It would follow the example of New York Knicks superstar Jeremy Lin, who owns the trademark on the word ‘Linsanity.’

Davis told CNBC: ‘I don’t want anyone to try to grow a unibrow because of me and then try to make money off of it.

‘Me and my family decided to trademark it because it’s very unique.’

NCAA rules restrict college athletes from signing endorsement deals, but once he turns pro, Davis is open to multimillion-dollar deals. 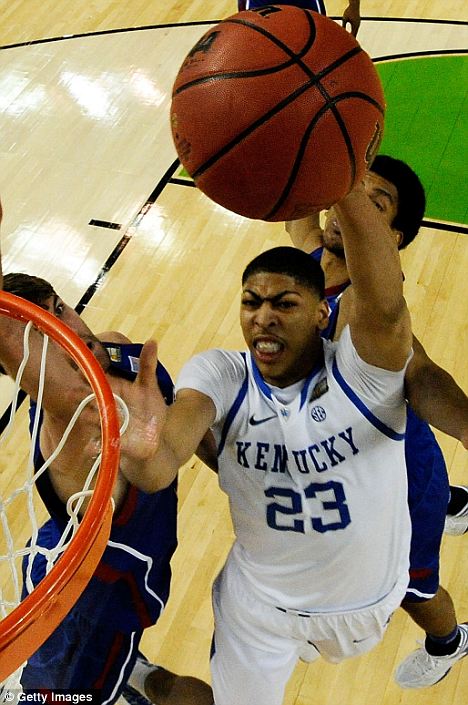 Standout: Davis led the Kentucky Wildcats to victory in the NCAA tournament this year and is now expected to be the No. 1 NBA draft pick

Davis was the U.S. college player of the year after leading Kentucky to a national championship earlier this year and is a contender for the 2012 U.S. Olympic basketball team.

He is most likely to land with the New Orleans Hornets, who won the draft pick lottery after a lockout-shortened 2011-2012 season.

But one thing is for certain with the hoops standout: The eyebrows aren’t going anywhere.

Davis told CNBC: ‘I might have a commercial where I’m acting like I’m shaving it and then throw I’ll the razor down.’