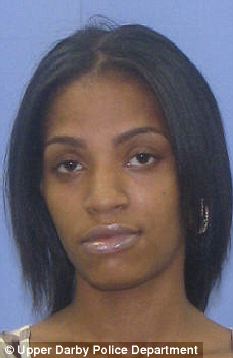 On the run: Aishana Clayton, on parole until November, fled topless after being confronted by security guards

As escape attempts go this is one of the more titillating.

Aishana Clayton was confronted by security guards at a Pathmark store in Philadelphia on Saturday after allegedly being caught on surveillance video stealing a pack of Pampers diapers.

She was taken to an in-store holding area at around 1pm to await police when she started attacking one of the guards, punching, biting and scratching her.

Other guards grabbed Clayton’s shirt, trying to pull her off of the 47-year-old woman, but she wiggled out of it and took off, running topless through the store and into the parking lot.

‘Her breasts were swinging as she ran to the car,’ Upper Darby Police Superintendent Michael Chitwood told Philly.com.

Naked from the waist-up, Clayton leapt into her Buick and fled. The car was found, abandoned, about half a mile away but there was no sign of the 26-year-old.

While on the run Clayton has found time to update her Facebook page with a lengthy rant protesting her innocence.

‘You shouldnt be quick to judge a person if you are from the outside looking in and dont know whats really going on,’ she wrote.

‘If you know Aishana than you should know this whole situation was blown like sooooo out of poportion lmaoooooo.’ Accused: She was confronted by security guards at a Pathmark store in Philadelphia

The nonsensical rambling continues: ‘For a person to be accused of stealing diapers tht was supposed to been for a baby or whoever and you was talkin s*** shows that yall are just heartless.’

She goes on to blame her landlord for putting her rent up and concludes that ‘you haters is not worth it’.

Clayton is currently on parole until November.

She has four prior convictions for retail theft has has been arrested in the past for aggravated assault and attempted murder. 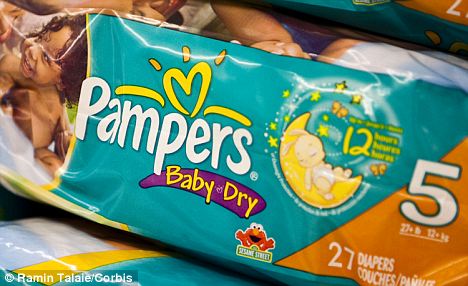 Footage: Security guards said they had seen her on surveillance video stealing a pack of Pampers diapers