By HUGO GYE
PUBLISHED: 05:06 EST, 7 March 2013 | UPDATED: 06:21 EST, 7 March 2013
Fiji’s soldiers have apparently been caught on camera handcuffing men and beating them with rods.
The shocking video shows one man being whacked while lying down in the back of a truck and another set upon by a vicious dog.
Human rights groups have denounced the Fijian military over the footage, which some have described as ‘torture’.
WARNING: GRAPHIC CONTENT 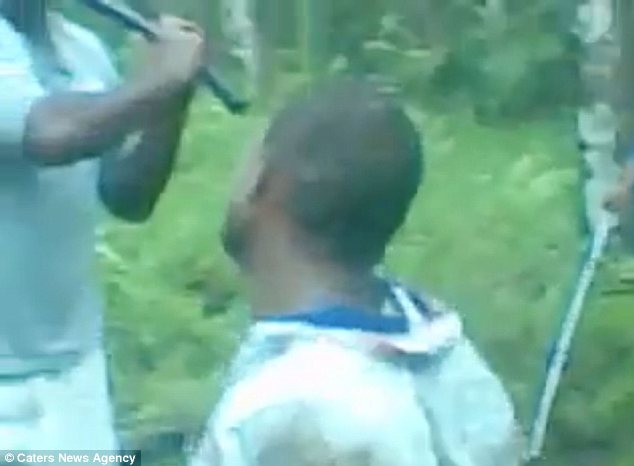 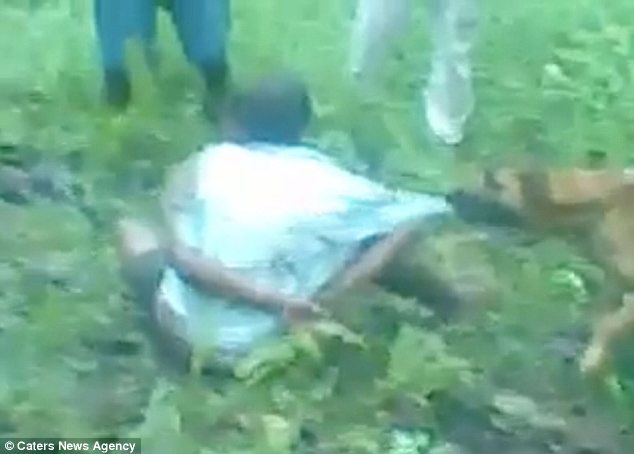 Cruel: The video shows a dog trying to maul one of the prisoners with the soldiers’ encouragement. 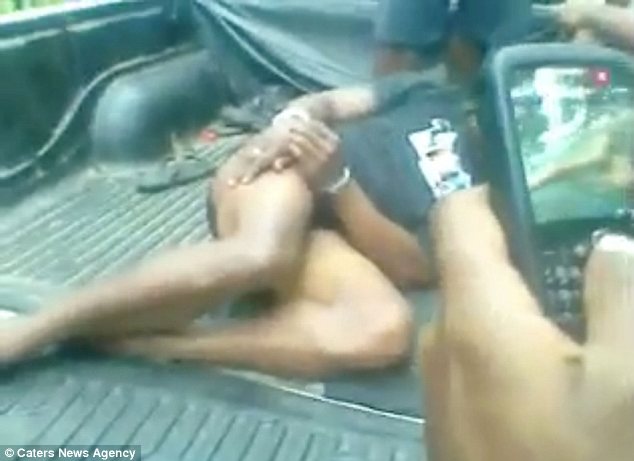 Police in the Pacific island nation say they are investigating the incident.
The video shows men in plain clothes speaking Bauan, a Fijian dialect, hitting handcuffed prisoners with large sticks and laughing while they are tormented by a dog.

The footage was said to date back to an incident last year when five escaped were beaten by police after being recaptured.

Inspector Atunaisa Sokomuri said police had ordered a thorough investigation into the circumstances of the incident. 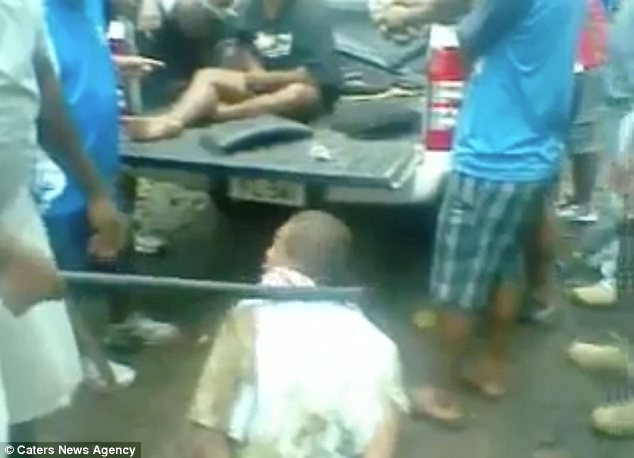 Outrage: Amnesty International has launched an investigation into the shocking online footage 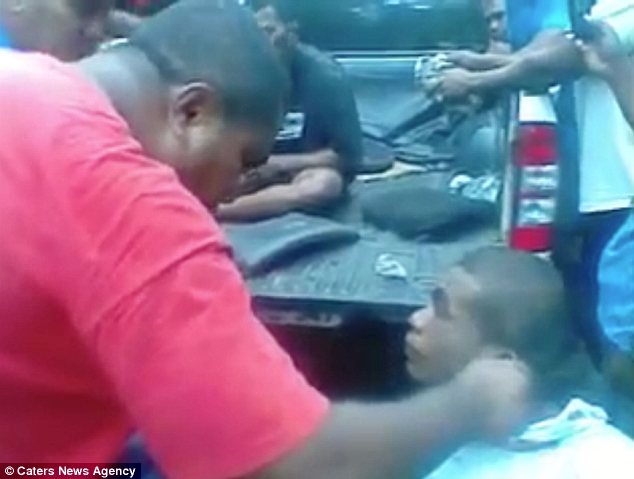 Rough treatment: The prisoners are manhandled by much larger men in the video 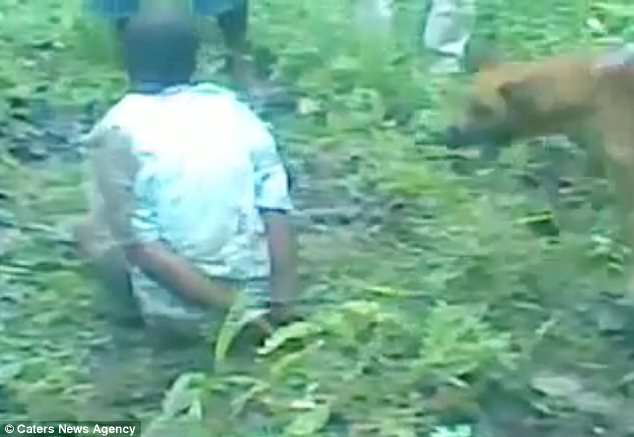 Helpless: The man are handcuffed throughout their harsh treatment depicted in the footage

‘We want to stress from the outset that no-one should prejudice this investigation by speculating on what happened,’ he told local reporters.
‘We need to formally establish the precise facts and we are determined to do so.’
He denounced some of the international coverage of the video, saying that the men in it were not in fact the escaped prisoners.
Mr Sokomuri insisted that the investigation would follow the same procedure as it would in a western country. 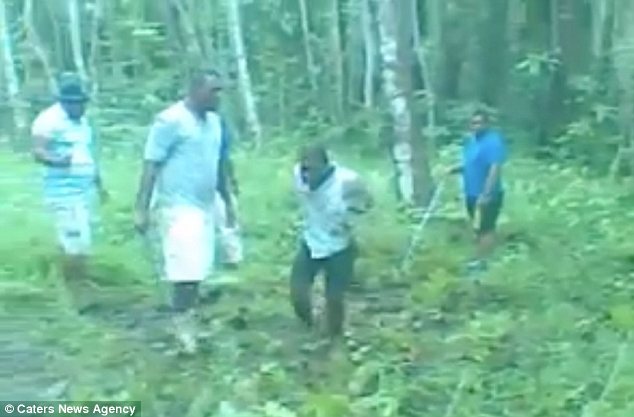 Mystery: The footage is said to date back to a fugitive incident last year but police have denied this 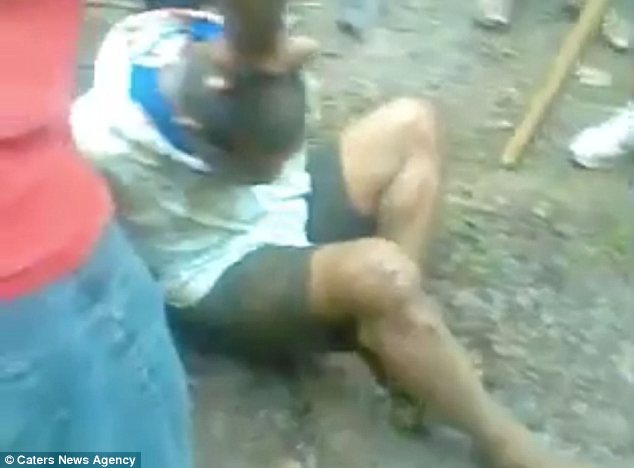 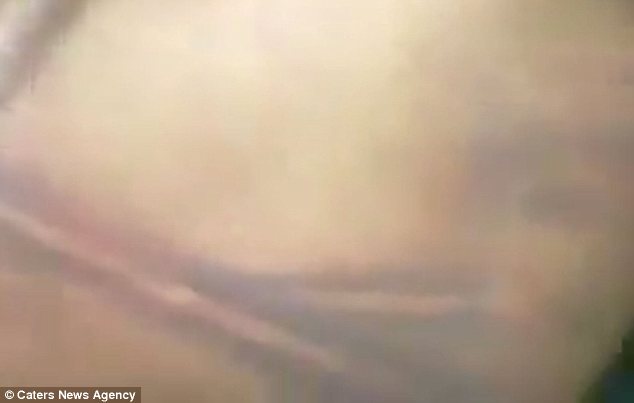 Scar: The video zooms in on the marks left on the men’s bodies by their beating

Amnesty International has also launched an investigation into the harrowing video, and is currently working to confirm its veracity and origins.
‘This appalling incident appears to be the latest example of abuse by the military,’ said the charity’s executive director Grant Bayldon. ‘The Fijian authorities must treat this shocking footage with the utmost seriousness and immediately initiate an independent investigation.
‘While the video is still to be verified, what is clear is that torture is unacceptable under any circumstances and those responsible must be brought to justice.’ 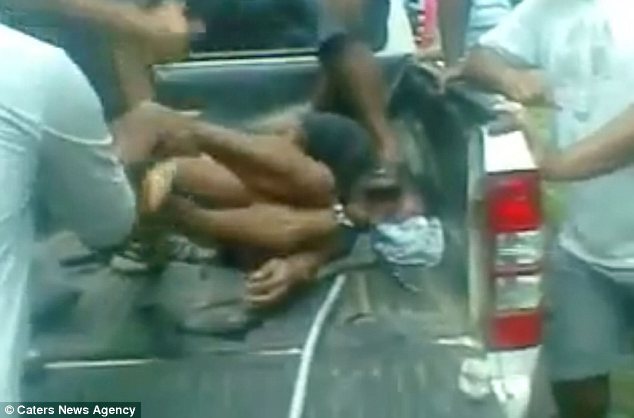 Cowering: One of the victim hides in the back of the truck during the repeated beatings 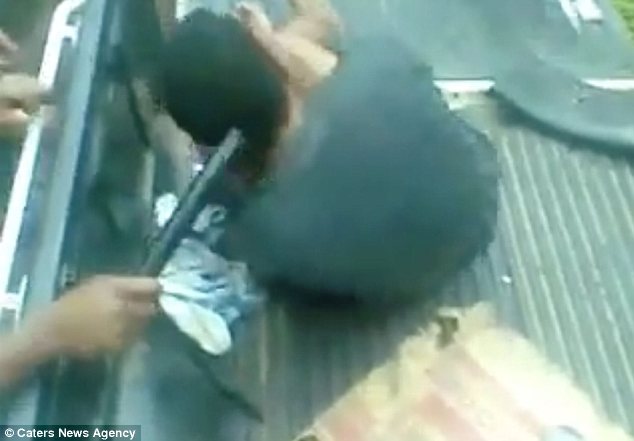 Abuse: The Fijian military is notorious for its rough behaviour and has previously launched coup attempts

Mr Bayldon described the injuries and humiliation inflicted on the men as ‘very serious’.
He added: ‘Forced to undress and harassed by a dog, as men nearby laugh – it is difficult to watch. The subsequent brutal beating with batons is harrowing. It is torture.’
Read more: http://www.dailymail.co.uk/news/article-2289500/Harrowing-torture-video-shows-Fijian-soldiers-beating-prisoners-triggers-global-backlash.html#ixzz2MzcN1VMw