Two Fort Bragg soldiers were charged with first-degree murder after a teenager’s body was found dumped in woods near his hometown, authorities said Friday.

Army Private Sebastian Gamez, 20, of Hidalgo, Texas, and Specialist Christopher Blackett, 20, of Vista, California, were each charged with first-degree murder and disposing of a corpse, the Harnett County Sheriff’s Office said in a statement.

Both men lived at the same Spring Lake address and were being held without bond at the county’s jail, the sheriff’s office said. Spring Lake is a town of about 8,000 residents less than five miles from Fort Bragg. 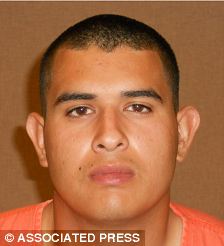 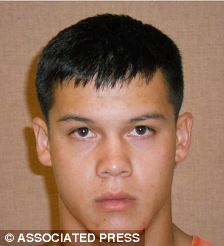 Blackett and Gamez had moved in next door about six months ago and had played basketball with Carlisle on occasions. 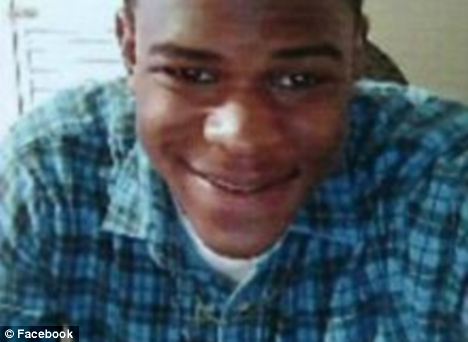 Dumped in woods: 17-year-old Vincent Carlisle Junior’s dead body was found in dense woodland. He was an aspiring basketball player

‘The guys were friends with the family over here and so we don’t know what happened, what transpired between Sunday and today,’ Carlisle’s uncle Clarence Gaddy told The Fayetteville Observer. ‘This is surprising to everyone.’

Shawn Chavis, a cousin of Carlisle’s, said the family was at a loss to explain what had happened, and that no one knew of any disagreement or bad blood between the teenager and his neighbours.

Located in a quiet cul-de-sac off busy Bragg Boulevard, Carlisle’s home stands about 20 feet from where the soldiers were living.

A basketball hoop stands in Carlisle’s back yard, testament to his dreams of playing for the University of North Carolina one day.

The neighbourhood is full of rental properties, and it’s common for people to come and go, neighbours said. No one who answered their door in the neighbourhood today said they knew the soldiers.

Carlisle had attended Overhills High School in Spring Lake but transferred to a school about 30 miles north because he wanted to break out of a social circle that didn’t value education, said Melanie Stewart, principal of Johnathan’s House Christian School in Fuquay-Varina.

Carlisle was entering his senior year of school, and was planning to tour the UNC campus in Chapel Hill this week, Stewart told The Associated Press.

Carlisle had poor grades upon entering her school, but Stewart said he rapidly improved once he was out of a peer group she said was hostile to education. She plans to present his family with a posthumously-awarded diploma and graduation cap and gown.

‘He knew he didn’t belong with a crowd that wasn’t going anywhere, but he did not know how to break away from it either,’ Stewart told WRAL-TV. ‘It’s important to me that people know that Vincent Carlisle was a very intelligent young man, and he had dreams, and he had plans.’

She added: ‘I’ve been doing this for 22 years and I’ve never lost a student. Every day when he’d leave me, he’d go back into that neighbourhood. It was the neighbourhood that got him.’

Video: Arian Foster Gets Emotional Over His Past Hardships