The clash, which also left one person critically injured, broke out in the morning between around 500 men wearing matching striped shorts and tribal jewellery.

Four police were struck by arrows and four vehicles, including an armoured police truck, were torched in the violence. 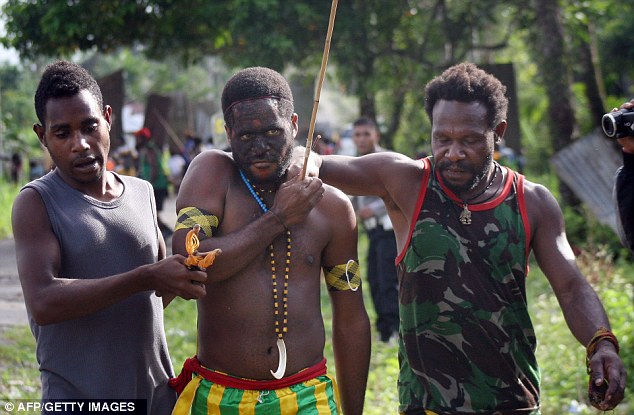 On the frontline: A tribal warrior is led away with an arrow in his chest amid violent clashes between groups in the Papua province of Indonesia 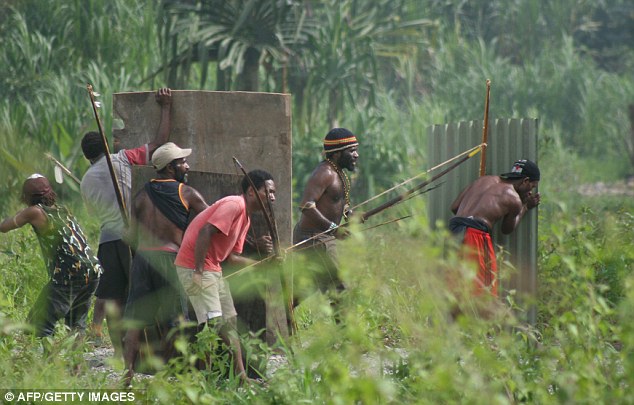 Tribal warfare: The clashes, which have left two dead, broke out between around 500 men armed with bows and arrows 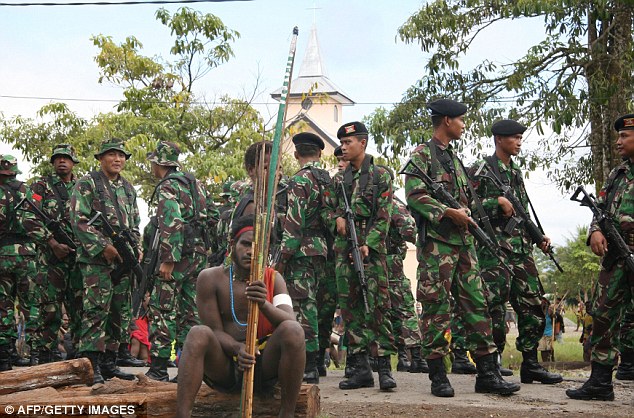 Trying to keep order: Indonesian soldiers surround a Papuan tribal warrior armed with bow and arrow. Officers have been ‘overwhelmed’ by the number of men involved in the fighting

‘They were hit with arrows, but we need to await autopsy results to be sure of the cause of death.’

The dead were from Kampung Harapan, he said, whose inhabitants regularly clash with the people of Kampung Amole. 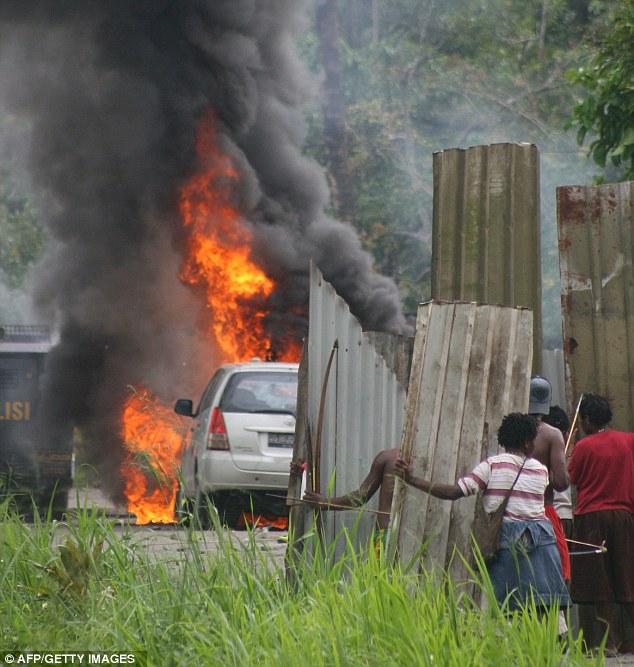 Up in flames: Warriors used improvised shields to move into position while police vehicles burns in the background in Kwamki Lama village in Mimika 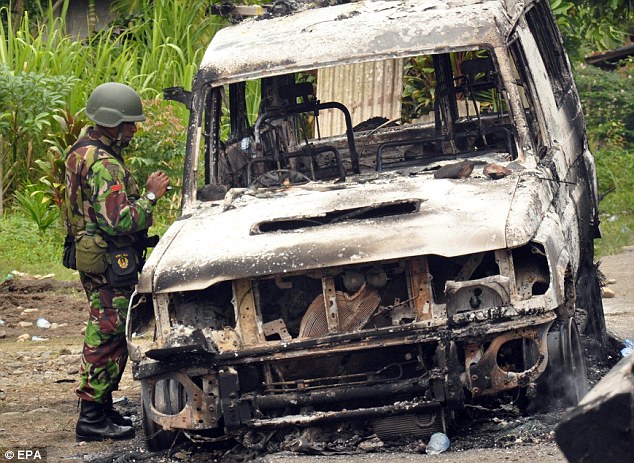 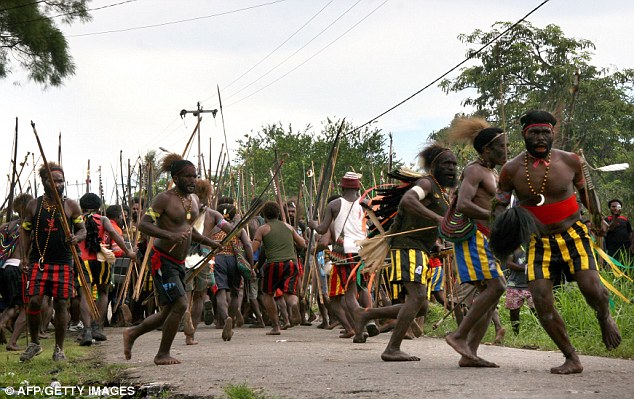 Call to arms: Papuan tribal warriors line the streets on June 6 when the first clashes erupted after the death of a tribe member in a road accident

They had last fought on June 6 after the death of a tribe member in a road accident and Monday’s violence was probably related to that incident, Ridwan said.

Police had been unable to control the situation, he said, as they have been ‘overwhelmed’ by the number of armed men.

Several large tribes live side by side in Mimika district, and killings are usually settled traditionally with compensation and communal feasts.