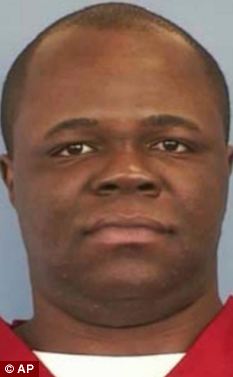 Two women are asking Mississippi’s governor to spare their brother from execution, even though he killed four of their children, paralysed another and stabbed one of the sisters.

Henry ‘Curtis’ Jackson Jnr, 47, is scheduled to be executed today by lethal injection.

He killed the four children, aged between two and five, during a rampage that started when he went to his mother’s home in Leflore County to take money from her safe on November 1, 1990.

His mother was at church that day, but Jackson’s adult sister, Regina Jackson, was at the home with her two daughters and four nieces and nephews.

Regina Jackson was stabbed five times. Her two daughters and two nephews were stabbed to death. Another niece was so severely injured that she was paraplegic until her recent death.

Despite her loss and her injuries, Regina said she pleaded for her brother’s life when she met with Governor Phil Bryant yesterday.

She wrote Mr Bryant a letter last month asking for a reprieve, saying she didn’t want her brother to get out of prison and that she ‘just can’t take any more killing’.

She wrote: ‘As a mother who lost two babies, all I’m asking is that you not make me go through the killing of my brother.’ 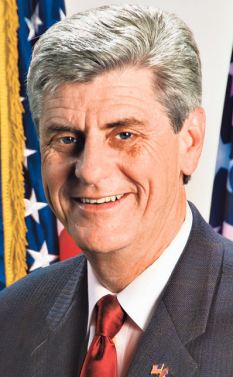 She said that she had forgiven her brother over the years, adding: ‘If they kill him, they’re doing the same thing that he did. The dying is going to have to stop somewhere.’

Another sister, Glenda Kuyoro, and her husband Andrew also asked Mr Bryant to spare Jackson in a letter dated May 15.

Cliff Johnson, a Jackson attorney helping the sisters, said yesterday that the case was unusual because the victims were asking for clemency for the attacker.

Jackson has appealed the case over the years but hasn’t been successful. He has said he doesn’t remember stabbing the children, but testimony from his trial describes a horrific scene.

He cut the phone line before going in the house, according to the court record. Once inside, he demanded money and attacked his sister. One of the children tried to help, but he stabbed her, too.

At some point, Regina tried to fight him off with an iron rod, but he grabbed one of the children to use as a shield.

Regina testified at trial that she was in and out of consciousness after being tied up and stabbed in the neck, but she could hear her brother dragging a safe down a hall.

The noise woke up five-year-old Dominique, one of her daughters.

Court records state: ‘Regina testified that Jackson called Dominique to him, told her that he loved her, stabbed her, and tossed her body to the floor.

‘Jackson returned to Regina, stabbing her in the neck and twisting the knife, at which point she pretended to be dead until she heard him leave.’

Jackson turned himself in to police and confessed to some details. He was convicted and sentenced to death on four counts of capital murder after a trial in September 1991.

His mother, Martha Jackson, said yesterday that she had forgiven her son and planned to visit him before the execution.

Mrs Jackson said she was not sure if she would watch the lethal injection at the Mississippi State Penitentiary at Parchman.

South African female Wine Maker is one of world's best

Pushing the Boundaries of Black Style