Bryshon Nellum’s doctors told him he might never run again.

Not on an elite level. And surely not in the Olympics.

Yet here he is in London, less than four years after gang members shot the former Southern California track star three times in the legs in a case of mistaken identity.

Just a year ago he underwent his third and final operation to remove the last remnants of bullet fragments in his left hamstring. 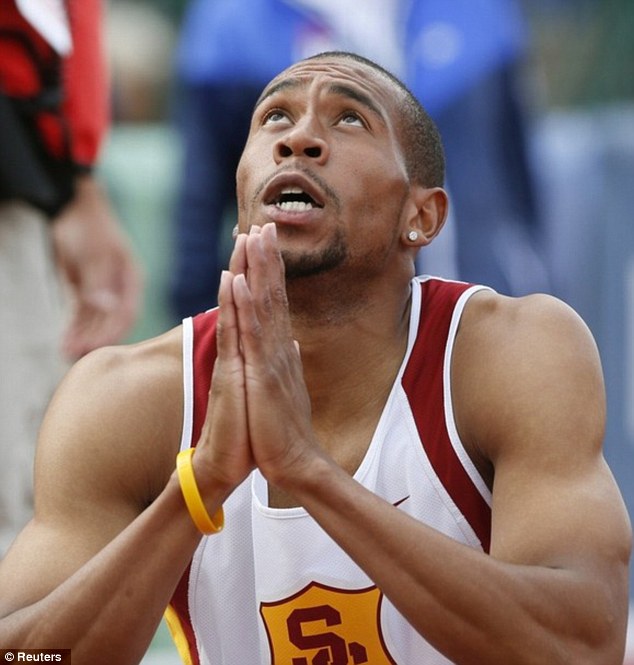 Qualifying: Bryshon Nellum reacts after placing third in the men’s 400 meter final at the U.S. Olympic athletics trials last June, a milestone after told three years ago he would never be able to run competitively again

‘Me making the team, I already feel like I’ve won,’ Nellum said.

He will make his long-awaited Olympic debut on Saturday in the preliminary heats of the 400 meters – the same event that features double-amputee Oscar Pistorius of South Africa. The man known as ‘Blade Runner’ fought to compete alongside the other sprinters at Olympic Stadium.

There’s also the first big sprint showdown at the track between the U.S. and Jamaica in the women’s 100-meter final. In the pool, Michael Phelps will wrap up his final Olympics in the 400-meter medley relay looking to add to his record medal haul.

Already, Nellum says, he has won just by wearing the U.S. uniform when plenty of people questioned whether he’d even walk after the attack following a Halloween party in 2008. 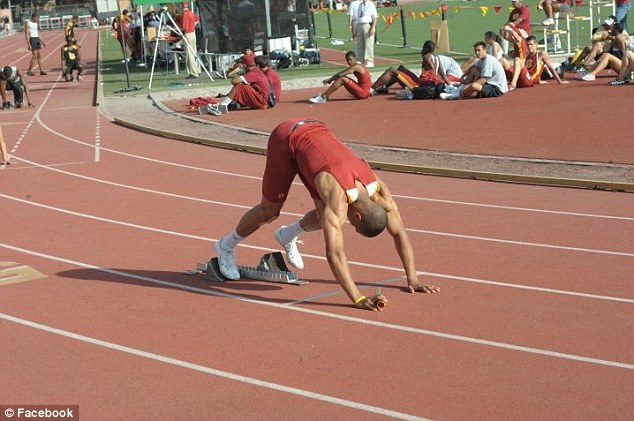 Shooting: The Southern California sprinter underwent three surgeries after he was shot in the leg in 2008 by gang members who mistook him for someone else 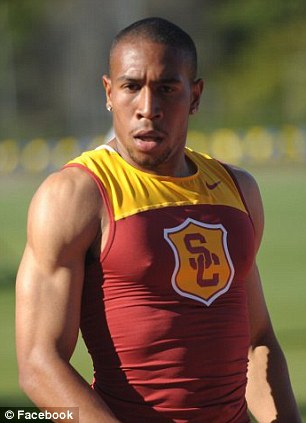 Mission: Getting back on both feet, Bryshon pressed toward his goal of running again, despite the sometimes excruciating pain felt from his injuries

The 23-year-old Nellum is now mixing company with some of the very track stars he has watched and admired in recent Summer Olympics: Jeremy Wariner, Allyson Felix, Sanya Richards-Ross.

‘I’m happy to be here to represent where I come from and what I believe in, and my country,’ Nellum said. ‘I’ve been through a lot making the team already. I have to continue to work toward my goals.’

For him to be competing in these Olympics would have been unimaginable only four years ago – two months after Beijing.

But Nellum immediately committed himself to the challenging comeback. Some days, he crawled across the finish line at practice in agony and tears, the pain in his legs so great.

USC coach Ron Allice, with him throughout the journey and by his side for the London Games, never doubted Nellum could do it. Then Nellum finished third at the Olympic trials in June in Eugene, Ore., behind defending gold medalist LaShawn Merritt and Tony McQuay.

Nellum’s mom, LeShon Hughes, put her life aside and dedicated herself to the recovery of her only child.

‘Oh, wow,’ she said moments before her flight to London from Los Angeles on Thursday. ‘Words can’t even explain the feeling. It’s like real heaven. I’m starting to cry right now.’

Nellum took a bullet to each thigh and another in the left hamstring during the shooting outside a restaurant near USC’s campus as he left the Halloween party. Two gang members were sentenced last August to 15 years each in prison for the crime. Prosecutors said the men mistook Nellum for a rival gang member. 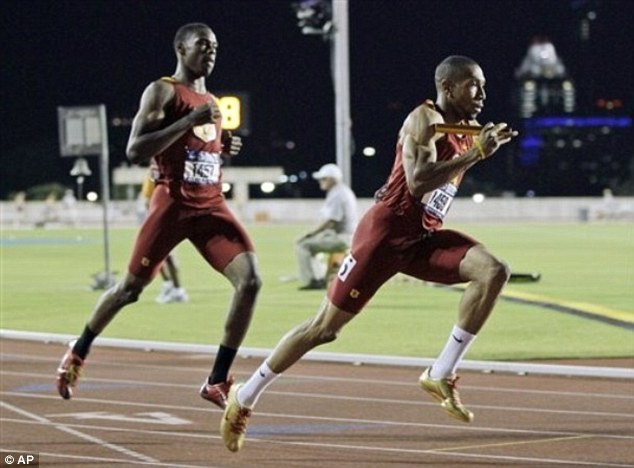 Winning: On Saturday Bryshon, running right, will make his long-awaited Olympic debut in the 400 meters despite the athlete saying he already feels like he won having made it this far

Nellum has chalked it up to ‘wrong place, wrong time,’ unwilling to let that one bad-luck moment derail a promising career.

He arrived at college as the 2007 national track athlete of the year from Long Beach Poly High, the first in California to ever win state championships in the 200 and 400 meters in back-to-back seasons.

Then he sustained a season-ending hamstring injury in his first race. Not quite eight months later, he was shot. It has been an exhausting journey back, through operations and rehabilitation, and teaching his legs how to function again.

He’s counting on those limbs being in top form.

‘I’m enjoying every bit of it,’ Nellum said.

‘Yeah, I made it, but I have another goal. I guess after it’s all over with, when I’m by myself, then I will have time to think about it.’ 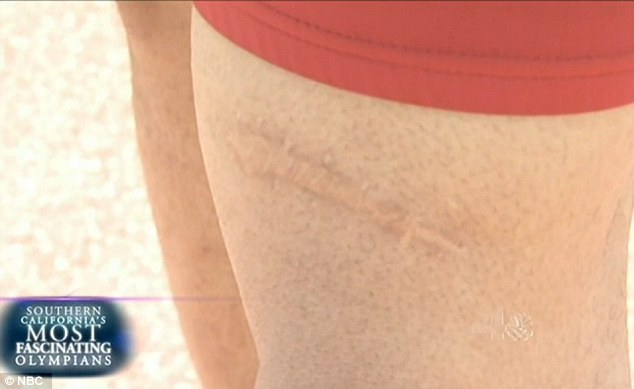 Repair: One year after his last operation to remove the last traces of bullets in his leg, a scar is the only thing left on the Olympic runner 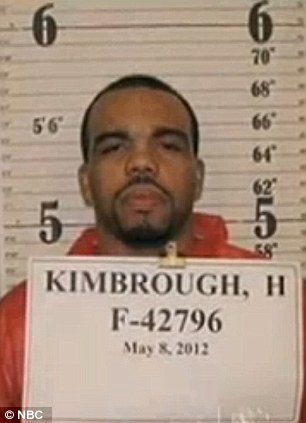 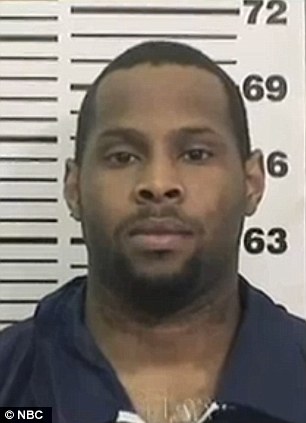 As Olympic track and field gets in full swing this weekend, Nellum is trying to balance soaking in everything from his first Olympics with performing at his very best at the exact right time.

‘He has stayed very focused and he’s keeping everything in perspective,’ Allice said. ‘The practices have been going well and it’s just getting ready to race. The real test will be the race. Drawing the heats, you have to be lucky and good.’

Watching the opening ceremony in the stadium where he’ll compete, it was tough to control the emotion.

‘That was a great experience, with a lot of flashing lights and a lot of athletes,’ he said. ‘The whole ceremony itself made me thankful to be at the Olympic Games, thankful to be an athlete and thankful for the United States.’

Allice has provided plenty of encouraging words along the way, too.

‘He says, ‘Continue to do what you’re doing and you’ll be OK,’ Nellum said. ‘It’s just a bigger stage with more people watching.’