HBO Documentary Drawn from WPA Conversations of the 1930s

During the 1930s, the Works Progress Administration’s Federal Writers Project interviewed 2,000 former slaves as part of a larger overall effort to record the remarkable history of the diverse American population.
Those interviews became the basis for a new HBO documentary — Unchained Memories — and a corresponding book written by Henry Louis Gates Jr. and Spencer Crew. The documentary begins its run on the pay-cable network Feb. 10 as part of the national effort to mark Black History Month.
A number of noted actors supplied the voices for more than 40 first-person narratives that fill the documentary. The book adds more of the stories.
Among the narrators is Alfre Woodard, a familiar presence on the big and small screens. She gained early notice in the 1980s with key parts in hit TV series such as St. Elsewhere,Hill Street Blues and L.A. Law. She has graced such films as Grand Canyon, Passion Fish and Spike Lee’s Crooklyn, and has lent her voice to many past features and documentaries on black history. 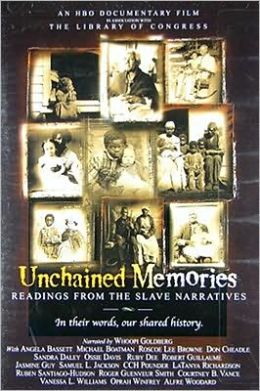 As Woodard talks with NPR’s Scott Simon about her work on Unchained Memories, it’s clear the experience moved her.
“Somebody loved those children the same way I love my children,” she says. “And they watched them be fed in a wooden trough — the same trough the pigs were fed in… and my brilliant children would be eating that way if I was born in a different time.”
Woodard notes that many of those same children went on to do remarkable things. They became writers in the Harlem Renaissance, lawmakers who helped change American policy, and in one case, a doctor who performed the first successful heart surgery.
“That’s our gold,” Woodard says. “We need to include African-American history into American history.”

Editor Who Wrote of Racism in Cuba Loses His Post

A Racial History of Drowning