For more than a decade, anthropologists and historians pieced together the history of a short-lived African-American community that was snuffed out in the 1850s by the creation of Central Park. They combed vital records and tax documents, scanned parkland using radar and studied soil borings. But because the vestiges of the community were buried beneath the park, the leaders of the Institute for the Exploration of Seneca Village History — a consortium of three professors from City College, Columbia University and New York University — were kept from doing the one thing that would open a window onto the daily existence of the some 260 residents: digging. That all changed eight weeks ago, after they won permission from the city to excavate in an area of the park near 85th Street and Central Park West. While the borings of the past produced just a few artifacts, the dig, which will end on Friday, generated 250 bags of material that should keep the scholars busy for months, if not years. The work on Wednesday alone yielded a toothbrush handle fashioned of bone and the lid of a stoneware jar. About two-thirds of the residents of Seneca Village were African-American, while the rest were of European descent, mostly Irish. 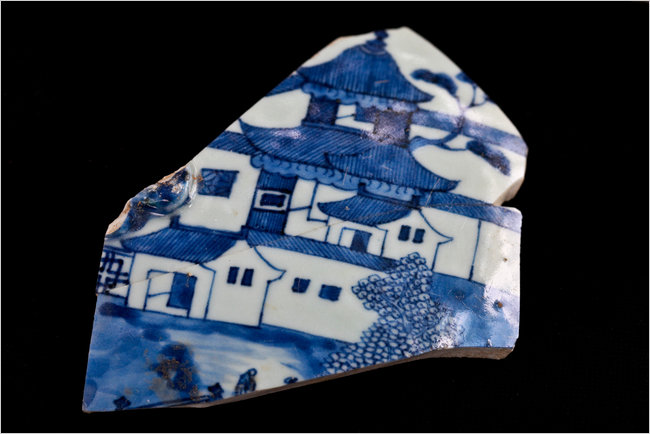 
The community was settled in the 1820s, a few years before slavery was abolished in New York. Despite old news reports that the village was a squatter camp, it was, in fact, made up of working- and middle-class property owners. Detailed historical maps indicate that the village stretched from 82nd to 89th Streets, between what were then Seventh and Eighth Avenues. Nan A. Rothschild, an anthropologist who is a professor at Columbia University and Barnard College, said that there were other settlements in the area, but that “this is the most formal, coherent community that we know of, because it was laid out in a grid pattern and had three churches and a school.” With the help of 10 college interns, the institute focused on two primary sites: the yard of a resident named Nancy Moore, and the home of William G. Wilson, a sexton at All Angels’ Episcopal Church, both of whom were black. Records show that Mr. Wilson and his wife, Charlotte, had eight children and lived in a three-story wood-frame house. The holes, which were up to six feet deep, revealed stone foundation walls and myriad artifacts, including what appeared to be an iron tea kettle and a roasting pan (now at the Metropolitan Museum of Art for conservation), a stoneware beer bottle and fragments of Chinese export porcelain. But perhaps the most powerful find, at least for the archaeology interns, was a small shoe with a leather sole and fabric upper. Possibly belonging to a child, the shoe was a reminder that the work uncovered real lives. “It’s just such an intimate thing,” said Madeline Landry, a junior anthropology major at Barnard College, who found herself choked up by the discovery. “That shoe fit someone who walked around here.” The former yard of Nancy Moore contained the original soil of Seneca Village, in contrast to Mr. Wilson’s property, which appeared to have been dug up and filled during the park’s construction. 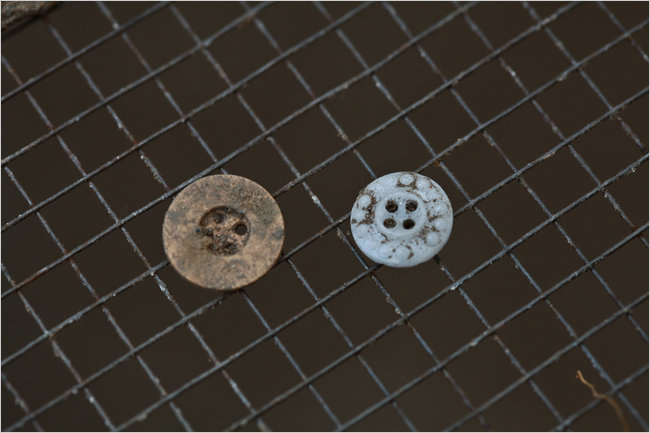 Thus, in Ms. Moore’s yard, the interns found a number of items that might have been discarded, including fragments of two clay pipes, as well as bones from animals that had been butchered. The institute also plans to put the dirt under a microscope; such scrutiny could show seeds, pollen and other organic matter. Diana diZerega Wall, a professor of anthropology at City College, said, “You can tell what they were growing in their gardens and what the environment was like in general.” For Cynthia R. Copeland, an adjunct professor at New York University’s school of education, the artifacts promise to shed new light on Seneca Village. In 1997, she helped curate an exhibition on the community at the New-York Historical Society. “The vast array of materials that we uncovered really gives us a true sense of a strong, stable community,” she said. Digging in a park with 38 million visitors a year had its special challenges, however. The institute hired round-the-clock guards to ensure that the sites were not disturbed. The Central Park Conservancy, the nonprofit group that manages the park, asked the archaeologists to fill the holes and haul away their equipment each day. 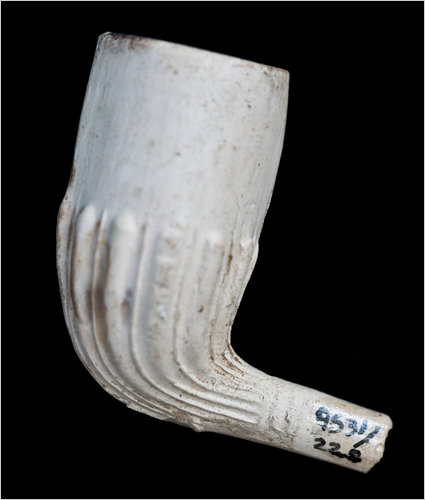 Fred R. Conrad/The New York Times——-The bowl of a clay pipe from the village, which was demolished in the 1850s.

Douglas Blonsky, the conservancy’s president, does not seem too worried that the project will lead to more requests for exploration. He gave his blessing to the dig after being worn down by the group’s professionalism and patience. “The project team put in a decade of research and preparation before putting a shovel to soil,” he said. The institute would like to eventually mount an exhibition based on the dig, but plans to hold an open house at the site on Aug. 24. For its part, the conservancy plans to work with the institute to create some kind of educational display there. As for an encore excavation, Dr. Wall said one was possible. “This site isn’t going anywhere,” she said. “It’s in the bank.”

Why New Year’s Day was a Nightmare For Enslaved Africans

Confederate states of America: Movie from the perspective that the South won the Civil War