By MANNY FERNANDEZ
Published: March 28, 2013
HOUSTON — One morning in July 1995, Phyllis Taylor stood inside her best friend’s house here, face to face with her stepbrother. He was holding a .22-caliber rifle, his eyes bloodshot red. Then he pulled the trigger.

Ms. Taylor survived — the bullet came within one inch of her heart and lodged in her right shoulder. More than 17 years later, a scar the size of a nickel remains on her chest, but her anger has faded: She has forgiven her stepbrother, Duane E. Buck, 49, and has been trying to secure his release from Texas’ death row.

“This is not an easy thing,” said Ms. Taylor, 46, who visited him last month at the prison that houses death row in Livingston, Tex. “It’s very hard. I still have moments. But I know that I’m doing the right thing. The Bible says that I have to forgive, and that’s just my key to my everyday living.”

Ms. Taylor is part of an unusual network of supporters who have been trying to halt Mr. Buck’s execution. His advocates include leaders of the N.A.A.C.P., one of the lawyers who prosecuted him and a former governor of Texas. While many contested death-row cases center on guilt or innocence, Mr. Buck’s case is different — his guilt has never been disputed, but the testimony of a psychologist has raised questions about the role that race played in the jury’s decision to sentence him to die by lethal injection. 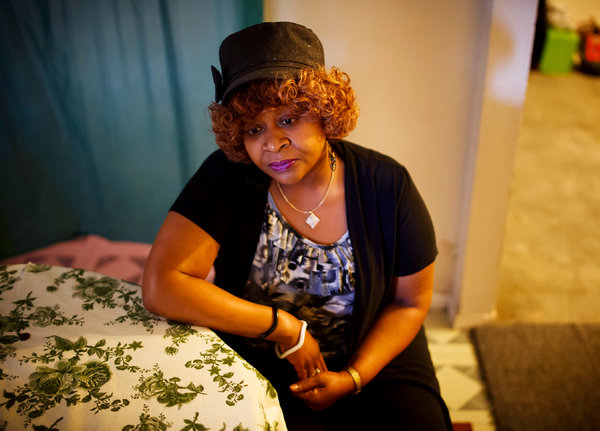 Michael Stravato for The New York Times—-Phyllis Taylor has forgiven her stepbrother, Duane E. Buck, for a 1995 shooting that killed two and left a scar on her chest. “This is not an easy thing,” she said. “But I know that I’m doing the right thing.”

Mr. Buck, who is black, was convicted of killing his former girlfriend Debra Gardner and her friend Kenneth Butler at Ms. Gardner’s house the same morning in 1995 when he shot Ms. Taylor. Mr. Buck and Ms. Gardner had ended their relationship a week earlier, and he stormed into the house with a rifle and a shotgun. He shot Mr. Butler and then shot Ms. Gardner as she tried to flee outside, her two children looking on in horror, according to court documents.

At a sentencing hearing in May 1997, Walter Quijano, a former chief psychologist for the state prison system who had evaluated Mr. Buck, testified that race was one of several factors that could be used to predict whether a person would be a future danger to society. “It’s a sad commentary that minorities, Hispanics and black people, are overrepresented in the criminal justice system,” Dr. Quijano said in the courtroom.

Dr. Quijano had been called to the stand by the defense, and ultimately found that the probability that Mr. Buck would commit future acts of violence was low. But under cross-examination, the prosecutor for the Harris County district attorney’s office asked him about the various factors. “You have determined that the sex factor, that a male is more violent than a female because that’s just the way it is, and that the race factor, black, increases the future dangerousness for various complicated reasons,” the prosecutor asked Dr. Quijano. “Is that correct?”

In her closing argument, the prosecutor reminded the jury of the psychologist’s testimony. “You heard from Dr. Quijano, who had a lot of experience in the Texas Department of Corrections, who told you that there was a probability that the man would commit future acts of violence,” she said. 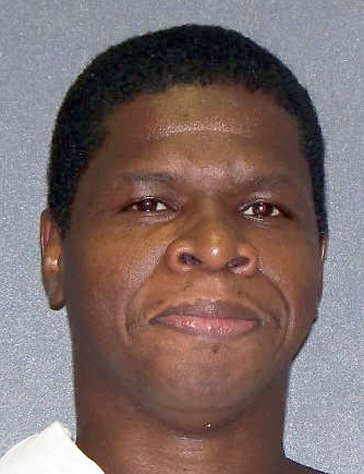 Texas Department of Criminal Justice, via Associated Press—Mr. Buck was convicted of killing a former girlfriend and her friend on the same morning in 1995 when he shot Ms. Taylor.

Last week, a statement calling for a new sentencing hearing for Mr. Buck that was signed by Ms. Taylor and dozens of others — including another of the prosecutors who had helped convict him, Linda Geffin — was delivered to the Harris County district attorney, Mike Anderson. It was handed to him by Mark W. White Jr., a governor of Texas in the 1980s.

Mr. White and Mr. Buck’s lawyers said that they believed his death sentence was a product of racial discrimination, and that Dr. Quijano’s testimony — and the prosecutor’s emphasis on that testimony — made the color of Mr. Buck’s skin a factor in the jury’s deliberations, violating his constitutional rights. In addition to their claims of racial bias, they said Texas was failing to follow through on a promise it had made to Mr. Buck.

In 2000, the attorney general at the time, John Cornyn, identified six capital cases in which Dr. Quijano had presented race-based testimony. Mr. Cornyn, now a United States senator from Texas, admitted that the state had erred in relying on such testimony in those and other cases, and that it was “inappropriate to allow race to be considered as a factor in our criminal justice system.”

Mr. Buck’s case was among the six. But he is the only defendant who has not been granted a new sentencing hearing. The others had all been on death row, and were ultimately resentenced to death after their new hearings. The state has opposed Mr. Buck’s attempts to receive a new hearing, but did not oppose the requests for new hearings made by the five other defendants.

“I think that’s what’s caused the outrage,” said a lawyer for Mr. Buck, Kate Black. “Not only was race used, but they promised to rectify the situation, and then did for five individuals, but not for him.”

Mr. Buck’s lawyers have filed an appeal, and are awaiting a ruling from the Court of Criminal Appeals.

It was the latest twist in his years of seeking a new sentence. In September 2011, the United States Supreme Court granted a last-minute temporary stay of execution — Mr. Buck had eaten his last meal when he got the news — but ultimately denied his appeal.

Justice Samuel A. Alito Jr., who wrote the majority decision, called Dr. Quijano’s testimony “bizarre and objectionable.” But he wrote that the psychologist was called as a defense witness, and that Mr. Buck’s lawyers, not the prosecutor, first presented Dr. Quijano’s race-based testimony to the jury.

In court papers, lawyers for Attorney General Greg Abbott have made similar arguments, writing that Mr. Buck’s “constitutional rights were not violated because Buck himself presented the testimony about which he complains.”

Mr. White, a Democrat who oversaw the executions of 19 people as governor from 1983 to 1987, disagrees. “It’s a racially charged statement that has tainted the deliberations of the jury,” he said. “It doesn’t matter which side said it. It’s kind of like, once you got the skunk in the jury box, it doesn’t matter who presented the witness.”

Dr. Quijano remains a state-licensed psychologist who testifies in criminal cases and has an office in Conroe, Tex. In an interview, he stood by his testimony, saying that his comments have been distorted and adding that he never said Mr. Buck would be a continuing threat because he is black.

“I was asked a question whether there is a relationship between race and violence or dangerousness,” he said. “The literature suggests that there is a correlation. So I had to say yes.” He added: “It’s not because of the blackness of the person that is causing the violence. It is what goes with it. Poverty, the exposure to lack of education, exposure to criminal elements.”

Dr. Quijano said research supporting his views included the work of John Monahan, a psychologist and professor at the University of Virginia Law School and expert in the clinical prediction of violent behavior.

Dr. Monahan, however, said in an interview that the literature did not support more than a trivial association between race and recidivism. “When you take into account the major risk factors for criminal recidivism, such as the number of prior convictions, age at first arrest, unemployment, education and substance abuse, race plays at most an extremely small role in predicting whether an offender will commit another violent crime,” he said.