At the ripe old age of seven, twins Peter and Paula Imafidon have become the youngest children to pass an A-level maths exam.

They both achieved D grades in AS-level maths.

Child prodigy Ruth Lawrence was nine when she gained an A in A-level maths in 1981 before going on to graduate with a first from Oxford at 13. 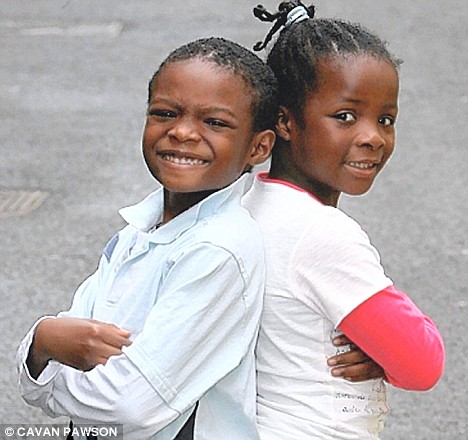 Many previous young high-achievers, including Ruth, were taught at home by their parents.

But the twins attended state primary schools in Walthamstow, East London, and Reading before taking the papers last summer.

They are also given extra lessons at a centre run by Excellence in Education, a non-profit programme catering for children in disadvantaged areas.

A spokesman said the twins’ desire to outperform each other was the biggest factor.

Paula said: ‘I am excited to pass, but I should have got higher than Peter.’

The twins, whose parents Chris and Ann came to Britain from Nigeria more than 30 years ago, have three high-achieving older sisters.

The eldest, Anne-Marie, became the youngest girl ever to pass A-level computing at the age of 11 while middle sister Samantha passed a double maths GCSE at six. Ruth Lawrence passed her A-level maths aged nine. She went on to get a first from Oxford aged 13