By DAILY MAIL REPORTER
PUBLISHED: 11:49 EST, 12 February 2013 | UPDATED: 11:49 EST, 12 February 2013
A surveillance video shows the moment a retired police officer in Florida grabbed a gun from his car and shot dead his own son during an argument.
The grainy footage will be key evidence at the murder trial this week for Tim Davis Sr., who is claiming he killed Tom Davis Jr in self defense after the 22-year-old ‘whaled on him’ during the fight in October 2011 at their home in Apopka.
Prosecutors say the video, which will be key evidence at the trial because it shows Mr Davis Sr advancing toward his son with the gun and does not show him being beaten. 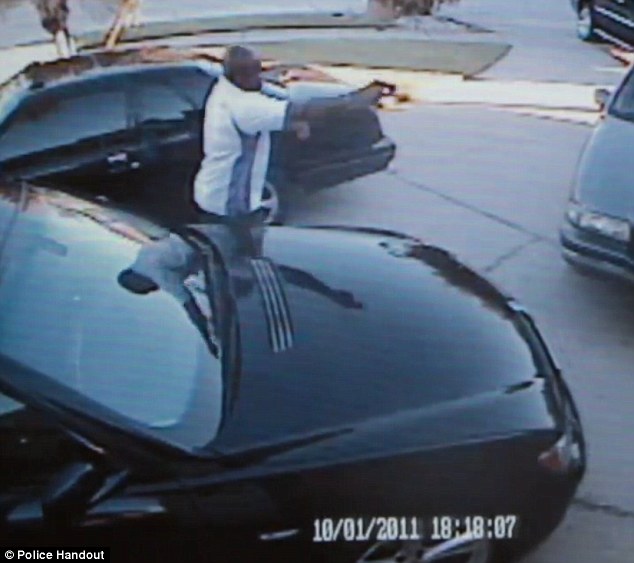 ‘Self-defense’: Tim Davis Sr is facing second-degree murder charges after shooting his son Tim David Jr, 22, to death during a fight outside their home in October 2011 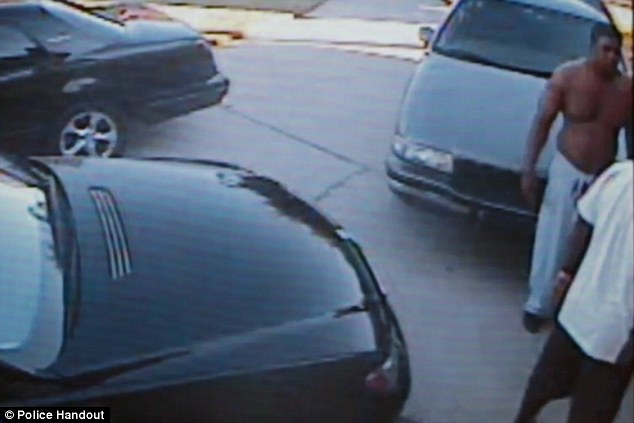 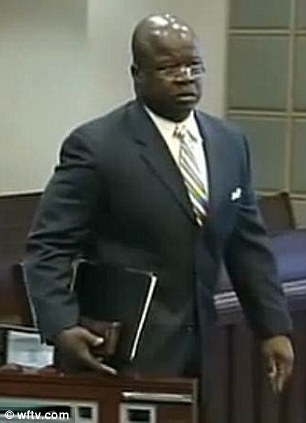 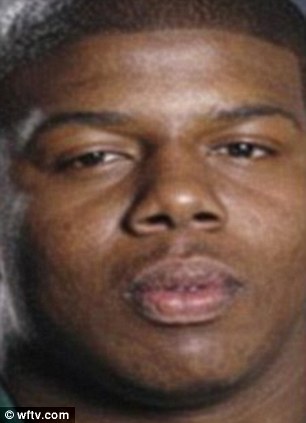 On trial: Tim Davis Sr. (left), a retired Orlando police lieutenant, maintains he had no choice but to shoot down his own son Tim David Jr. (right)

The three-minute surveillance video, taken from cameras Davis Sr installed on his house, show him walking outside and retrieving his .38-caliber revolver from his BMW.

He points the gun at something off camera and then is seen a few seconds later confronting his shirtless son while holding the pistol.
A few seconds after that, the two appear to be fighting on the sidewalk.
Davis Sr appears to be advancing forward and his son is backing away.

Suddenly, his son falls.
Police say David Sr told them he fired two shots. He claimed he never meant to kill his son.

Deadly encounter: This is the moment Tim Davis Sr shot his son dead with two shots from his .38-caliber revolver 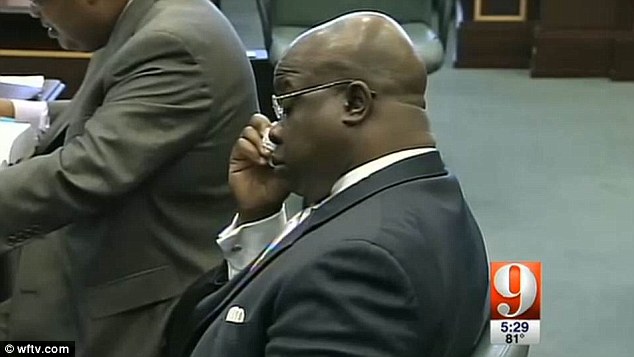 Remorseful: Davis, 44, seen here crying in court, was found clutching his son’s body and apologizing after the October 2011 shooting 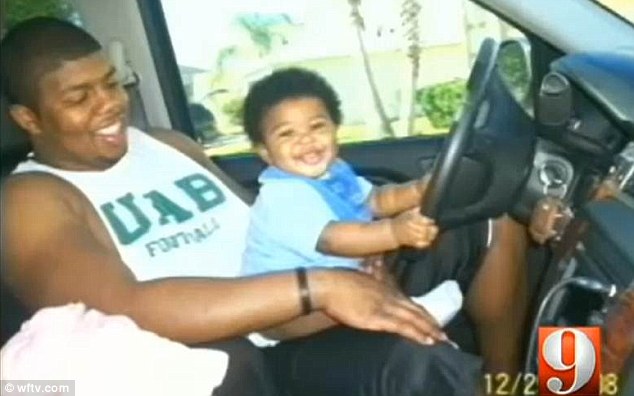 Tragic: Tim Davis Jr and his father were fighting about the younger Davis’ infant son

‘I didn’t mean to kill him,’ Davis Sr told officers. ‘I wasn’t trying to kill him; I just lost it.’
He was found clutching his son’s body and apologizing when officers arrived.
Davis Sr, 44, is a retired Orlando police lieutenant.

He is charged with second-degree murder and faces up to life in prison, if convicted.

He later told police that he felt he had no choice but to shoot his son.
‘I no longer viewed him as my son,’ he testified at a per-trial hearing, according to the Orlando Sentinel. ‘By him coming at me like that… I viewed him as someone trying to hurt me and my family.’
The pair were arguing about Tim Davis Jr’s young son at the time.

The younger Davis was a high school football star who played for the University of Alabama as a defensive lineman.
Read more: http://www.dailymail.co.uk/news/article-2277588/The-moment-ex-cop-shot-son-dead-claimed-self-defense–video-key-evidence-murder-trial.html#ixzz2KiLAeLR1

Man uses Facebook to murders 16yr. old girl before she can testify against him for raping her 2 years ago