An ancient indigenous tribe is on the verge of extinction in India’s Andaman Islands. Habitat loss, disease and exploitation could wipe out the 400-strong Jarawa tribe, who still hunt using bows and arrows.
Lapses in policing and continued activity by tour operators, who encourage ‘human safaris’ where Jarawa women and children have in the past performed for tourists, are partly to blame for jeopardising the tribe’s existence.
Many activists want to close the main road into the tribal reserve to protect the tribe from further interaction with the outside world, but it is a lifeline providing food and work for the island’s 600,000 inhabitants.
To include or isolate?
101 East‘s Kathy Hearn reports on an Indian tribe on the edge of extinction. 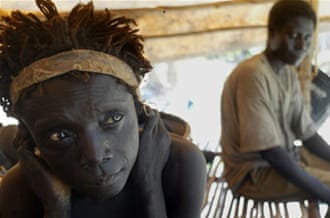 First Out of Africa – The totally isolated Tribe of the Andaman