A disgruntled man wielding a knife broke into a Kansas television station Wednesday morning and stabbed two sales employees – and it was all caught on camera.

WIBW-TV in Topeka reported the man eventually was tackled and held down by several employees until police arrived.

While restrained, the man was heard yelling: ‘I’m going to f***ing kill you all,’ and bit at least one worker. 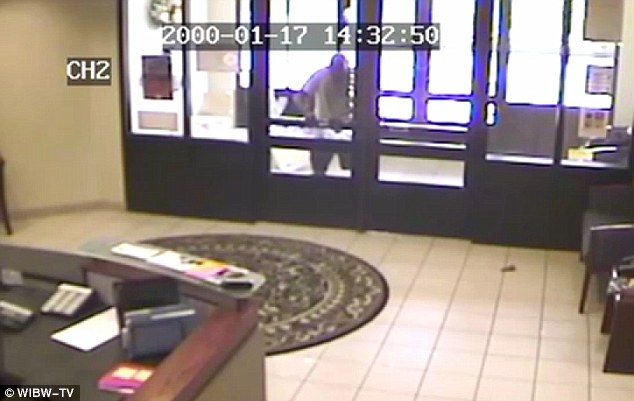 Tools of the trade: He used a lamp in the entryway to break the glass doors 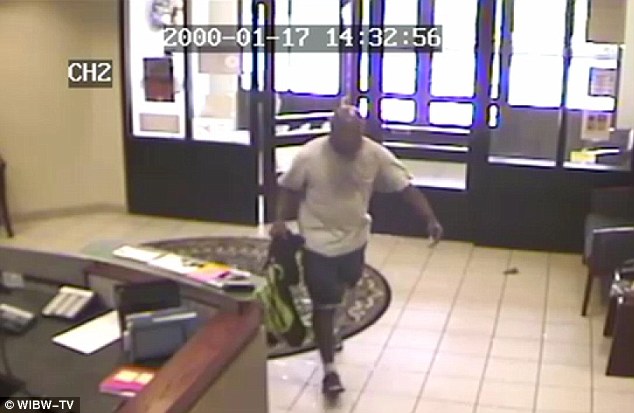 Break-in: A disgruntled man broke into a Topeka news station Wednesday morning and stabbed two of its employees 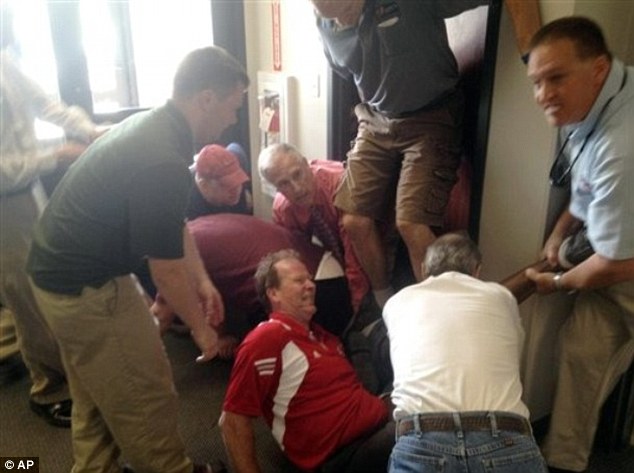 Teamwork: Station employees managed to hold Miles down until police arrived at the scene

The suspect, who police identified as Ray Miles, and two people who were stabbed were taken to a nearby hospital for treatment. None of their injuries were considered serious.

The station reported that the melee started after the man spoke to news director Jon Janes on a lobby phone, saying the Department of Veterans Affairs was mishandling his case.

When Mr Janes explained that the man needed to discuss the issue with the VA, the man stormed out of the building.

However, he returned about 10 minutes later and threw a lamp through the glass front doors, shattering them. 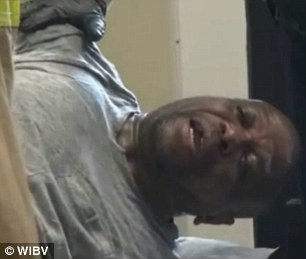 The suspect was later identified as homeless man Ray Miles

Security footage from the news station shows Miles opening the door through the broken glass then walking into the building.

Mr Janes told the receptionist to tell other employees to leave the front office area. The station said some employees left as the man ran through the halls.

Some employees managed to tackle Miles, and that’s when he allegedly pulled out a knife and stabbed sales manager Roger Brokke and sales associate Greg Palmer.

Both were knifed in the leg, and Miles bit Mr Brokke on the ear as well.

After the receptionist had alerted the staff of the intruder, Master Control Operator Joe Garrett called 911 and witnessed the takedown via security camera.

Mr Janes said this was not his first contact with Miles. He also spoke to the man on March 22, when Miles came to the station to see about having a story done on how he felt the VA was mistreating him. 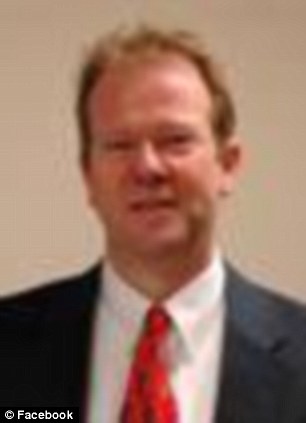 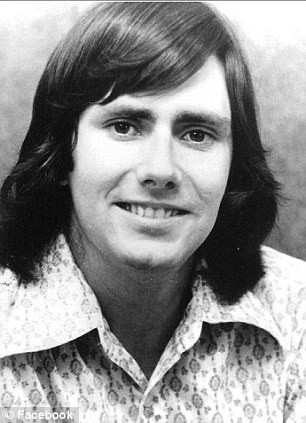 Stabbed: Miles allegedly pulled out a knife and stabbed sales manager Roger Brokke, left, and sales associate Greg Palmer, right – both in the leg. Miles then bit Brokke on the ear 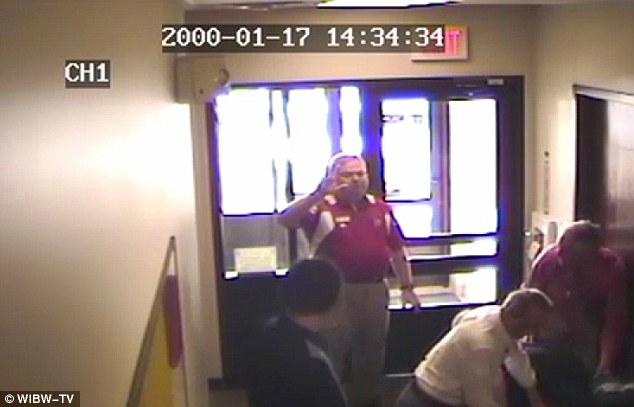 Assistance: Police took Miles and the two sales associates to the hospital following the attack

Mr Janes also sent him away then.

Both Mr Brokke and Mr Palmer are currently being treated for minor injuries; the former must also get a tetanus shot.

Jim Gleisberg, a public affairs officer for the VA, said he couldn’t comment on the attacks, citing patient privacy laws.

Topeka police Capt Brian Desch said in a news release that the 48-year-old homeless man was booked into jail on suspicion of six counts, including aggravated battery and burglary.

According to WIBW, he will be booked and charged as soon as he is released from the hospital. 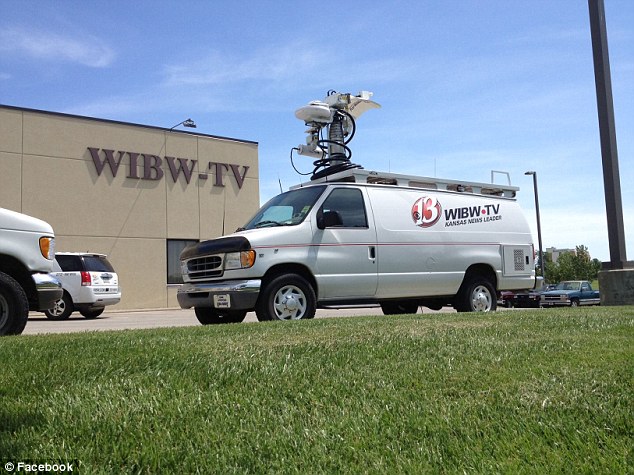 Breaking news: WIBW-TV is located in the Kansas capital of Topeka