A drunk driver who tried to get away when he struck and killed a teenage boy was arrested after a witness forced him to return to the scene.

Michael Ettipio, 23, had a blood-alcohol level nearly three times over the legal limit when he crashed an SUV on Thursday night into 14-year-old Bryce Buchholz, who was heading home on his orange bicycle in Lancaster, New York.

Benny Kirkland, 40, a witness of the crash, tracked down the drunk driver and made him return to the accident to turn himself in to the police. 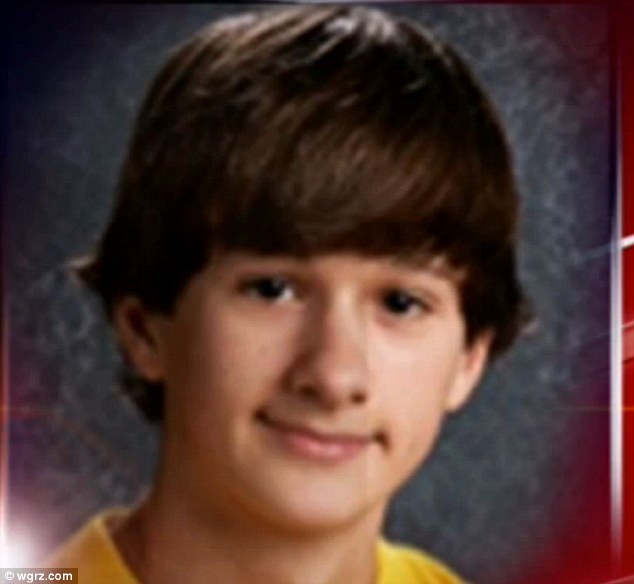 Victim: Bryce Buchholz, 14, was killed after a drunk driver struck him in Lancaster, New York as the boy was heading home on his orange bicycle

Ettipio has been charged with second-degree vehicular manslaughter, driving while intoxicated, leaving the scene of a fatal accident and failure to keep right.

The driver was on his way home before 9pm after having six beers at a local tavern, according to police. 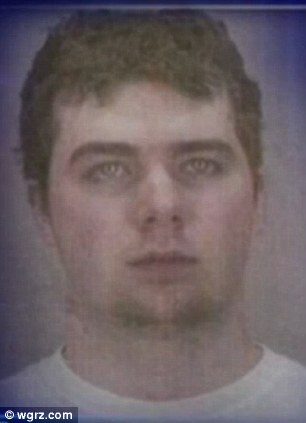 Arrested: Michael Ettipio, 23, (pictured) has been charged with being responsible for the boy’s death after police say he crashed into the teenager

He struck the boy, an eighth-grade student at Lancaster Middle School, who had been riding his bicycle with friends and doing stunts prior to the accident.

Mr Kirkland had been returning to his own home when he saw the crash and saw Ettipio leave the area, he told the Buffalo News.

He decided to follow Ettipio, a Lancaster High School graduate with no prior criminal record, into the driveway of the drunk man’s home.

Mr Kirkland forced the driver to get into his own car and he returned to the scene of the accident.

He told the newspaper: ‘I grabbed him by the back of his shirt and said: “Let’s go.

‘”You’re going to answer for what you did.”‘

The young boy was on his way home with a friend, who was told by his mother to return home because it was getting dark, the newspaper reported.

The boys had been travelling southbound on the road, which had a single lane in each direction with no sidewalks, where Bryce was killed. 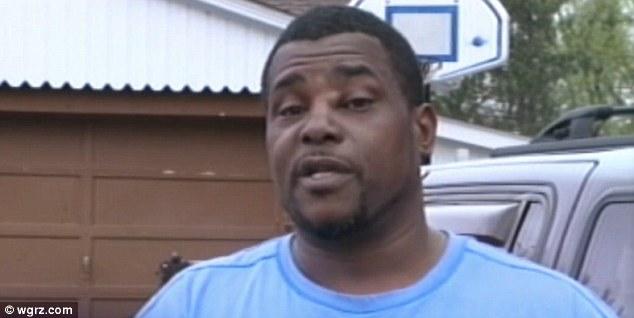 Witness: Benny Kirkland, 40, saw the fatal hit-and-run crash and decided to follow the Ettipio and forced him to return to the scene of the accident to turn himself over to police 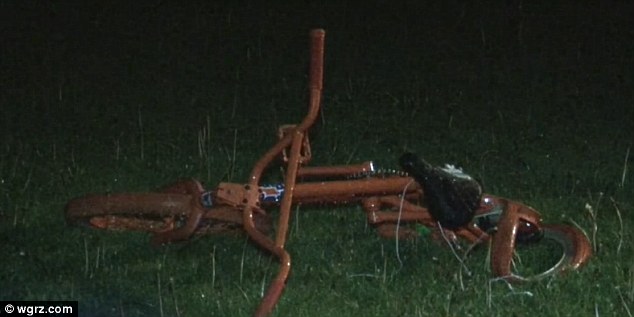 Fatal: Bryce was on his way home riding on his orange bicycle (pictured) after a day of doing bike stunts with friends when he was hit and killed

Meanwhile, Ettipio, a lifelong town resident, was also travelling southbound but he was in the northbound lane at the time of the crash.

The SUV hit Bryce very hard causing his bike to fly in one direction as he landed on the grass in a different area, according to authorities.

That’s when Mr Kirkland, who had taken his family out for a snack, saw Ettipio leave as the boy lay in a pool of blood.

‘The guy flew off at a high rate of speed like there wasn’t a care in the world,’ Mr Kirkland told the newspaper of Ettipio. 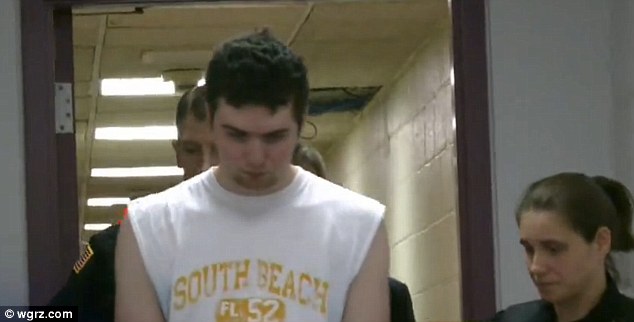 Aftermath: Ettipio has been charged with a number of crimes from the accident with bail set at $25,000

Mr Kirkland drove two more streets until he noticed Ettipio, who had gotten out of his car to check out a damaged headlight.

He told Ettipio to get into his car so the two of them could return to the accident.

When they did, neighbours surrounded Mr Kirkland’s car so that Ettipio could not escape while they waited for police.