The 63-year-old war veteran who was attacked and stabbed by a group of young girls on a subway on Sunday morning said the gang were laughing at him as they stabbed him.

Ralph Carnegary, of Queens, has spoken out about the unprovoked attack which left him in hospital.

He told the New York Post: ‘I’m born and raised in New York City, and I’ve never seen anything like it. They were so young, I would have never thought it would escalate like this.’ 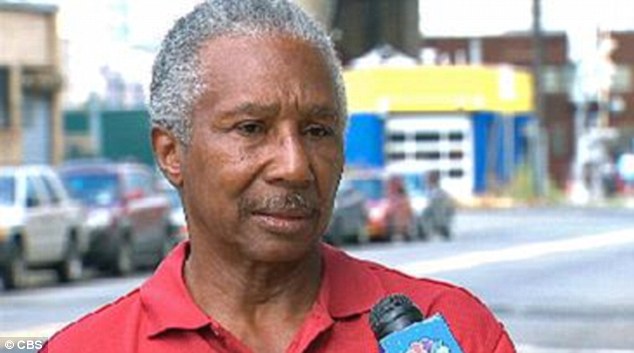 Victim: Ralph Carnegary, 63, was attacked and stabbed by a gang of girls on the number six subway in New York on Sunday morning 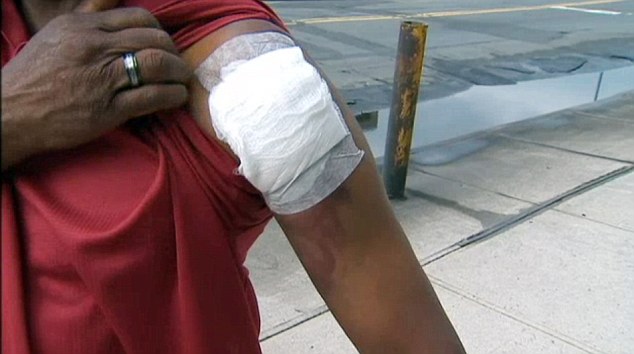 Injuries: Ralph had to get seven stitches on the wound in his arm after he was stabbed on his way to work as a souvenir vendor in Wall Street 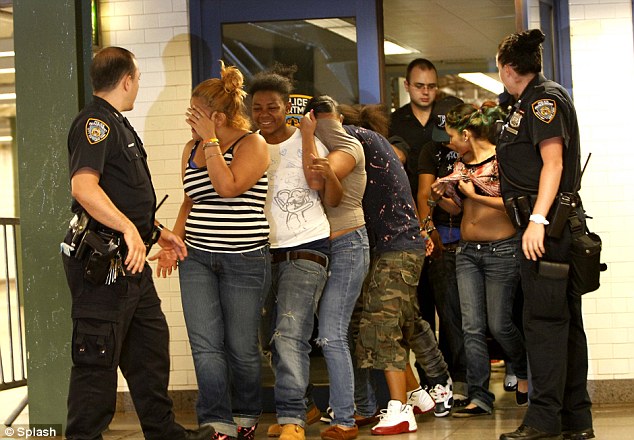 Pictured: A ‘wolf pack’ of drunken young women who were said to be acting stupid on the downtown No. 6 train after an all-night party stabbed a 63-year-old man on Sunday

The 63-year-old, who said he suffers from Post Traumatic Stress Disorder since Vietnam, was on his way to work as a souvenir vendor on Wall Street when he encountered the gang around 6.15am.

Describing the moment he said: ‘I just kept backing away from [the one with the knife], and she kept slashing at me, and then I grabbed the knife out of her hand. They were all laughing, they thought it was funny.’

A lawyer for one of the gang members, who were all aged between 15 and 20, is accusing Mr Carnegary of pulling the knife on the girls.

Starmeika Driggins, 19, claims that she only approached the war veteran because she saw him kick her girlfriend in the stomach.

Her lawyer told the Post: ‘She went to help her girlfriend — that’s what you do when you’re in a relationship.’ 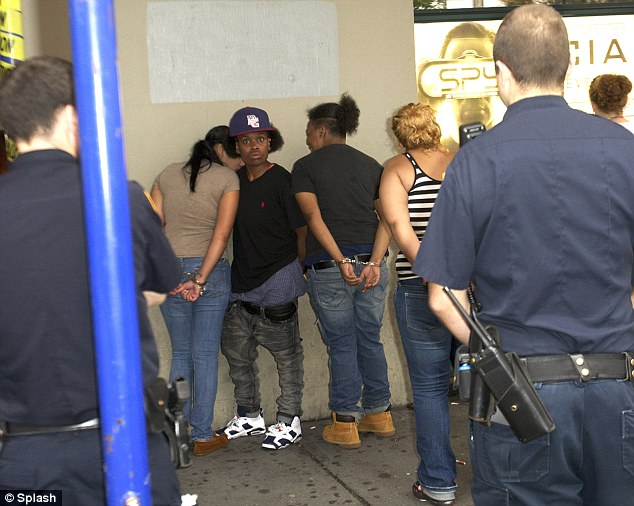 Arrest: The man the group allegedly stabbed was on his way to work as a vendor near the World Trade Center at about 6:15am on Sunday when he was attacked 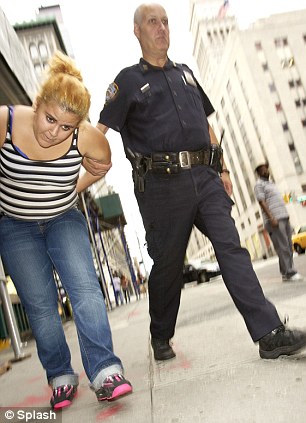 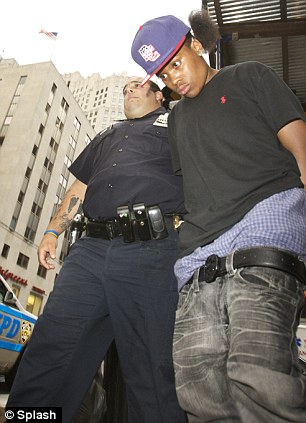 A witness said the eight girls started punching Mr Carnegary with their fists and as he was trying to shield himself and block their punches one of them allegedly yelled: ‘Go for him’ and ‘cut him’ 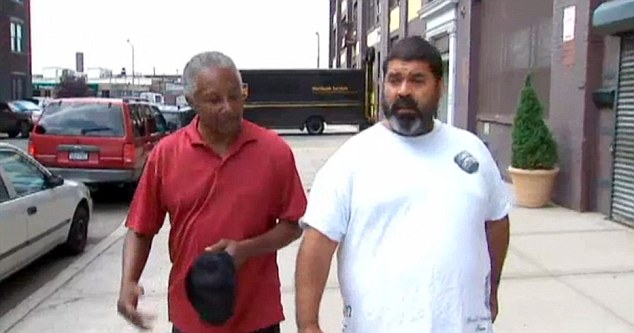 Witness and hero: Ralph was with his friend former-marine James Santiago, right, who he said saved his life 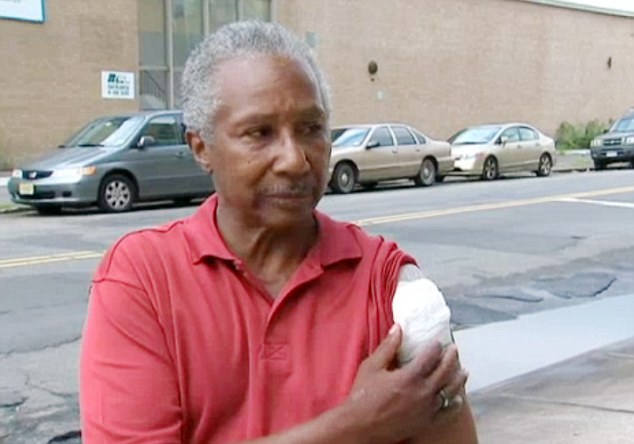 Scene: The attack took place close to 23st street station after the group of girls boarded the train. Mr Carnegary and a number of other commuters said they were being loud and ‘crazy’

However the court was told yesterday that Driggins – the alleged stabber – is known to carry knives.

The attack took place on the six train close to 23st street station after the group of girls boarded the train. Mr Carnegary and a number of other commuters said they were being loud and ‘crazy’.

It was when he made a comment to his friend James Santiago about the girls ‘being retarded if they can’t hear themselves’ that they confronted him and allegedly started to punch him.

He said: ‘They all started coming at me, and [one] came at me with a knife.

My friend was holding back five of them girls — if he hadn’t been there, I probably wouldn’t have made it.’ 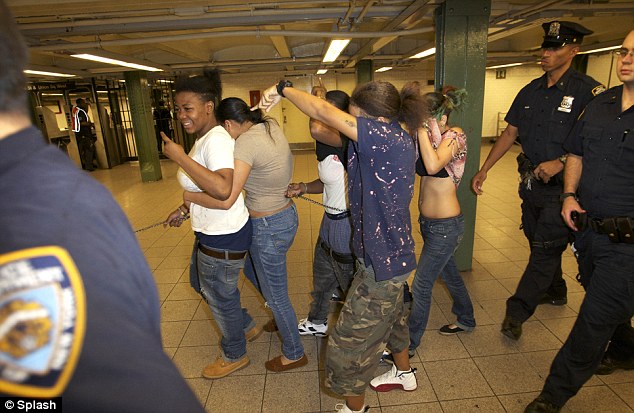 Gang members: The women were arrested at the 23rd Street station and as they were being led out they made obscene gestures and swore at photographers 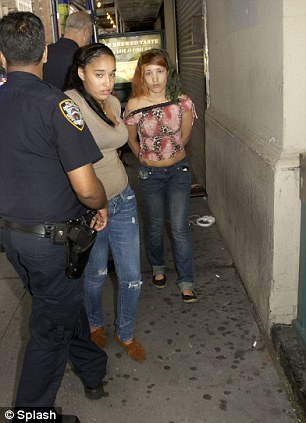 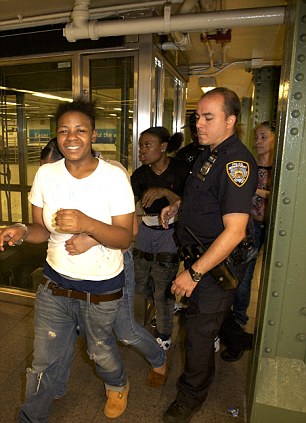 Charges: A knife was recovered at the scene. All are charged with gang assault, assault, menacing, rioting, criminal possession of a weapon and disorderly conduct.

Also Martha Bermudez and Sha-steva Burdos both 17 and from Queens, and Michelle Rodriguez, 19, of the Bronx.

A 15-year-old girl from Queens was also arrested, but her name was not released because she is a juvenile.

Driggins was held on $15,000 bond on assault and riot charges.

Third graders in in Gwinnett County, Ga., were given math homework Wednesday that asked questions about slavery and beatings.