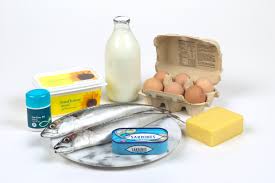 African-Americans have significantly higher rates of hypertension, and lower blood levels of vitamin D, than the rest of the population. Now a randomized trial suggests that vitamin D supplements may help lower blood pressure.
In the three-month study, researchers randomly assigned 250 black men and women to one of four groups: one received a placebo, and the others received 1,000, 2,000, or 4,000 international units of vitamin D daily. The results were published online in the journal Hypertension.
The effect was modest. While systolic blood pressure in the placebo group increased by 1.7 millimeters of mercury, it was lowered in the supplement groups: a 0.66 mm Hg decrease for those taking 1,000 international units a day; a 3.4 decrease in the 2,000-a-day group; and an average 4.0 decrease for those taking 4,000 units daily. “This degree of blood pressure reduction, if confirmed in future studies, would be considered clinically significant,” said the lead author, Dr. John P. Forman.
Dr. Forman, an assistant professor of medicine at Harvard, said that the study did not specifically examine why this happens, but he added that vitamin D plays a role in the hormone system that helps regulate blood pressure, and “the activity of this hormone system may be more important in blacks.”