But it seems he has added a new secret weapon to his arsenal: a weapon known as Boyz II Men.
Putin apparently hopes to harness the all-American boyband’s raw romantic charm through a gig in Moscow to encourage their legions of Russian fans to reproduce ahead of Valentine’s Day to songs such as I’ll Make Love To You and On Bended Knee. 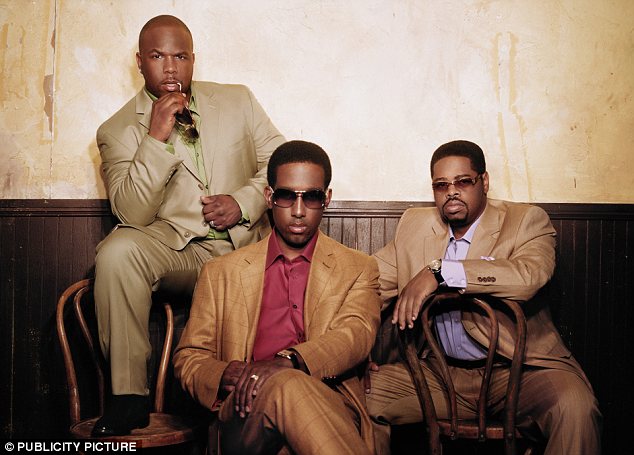 All American: The boyband, made up of baritone Nathan Morris (right) and tenors Wanya Morris (left) and Shawn Stockman (centre), will serenade Russians in a series of concerts as part of Putin’s continuing PR campaign to persuade the population to have more children

As Russia’s population continues to fall to record lows, Putin’s continuing PR campaign to persuade the population to have more children appears to have stalled. Until now.

Band members Wanya Morris, Shawn Stockman and Nathan Morris will take a break from their Las Vegas hotel residency and rehearsals for their upcoming tour with New Kids on the Block and 98 Degrees to perform in Moscow on February 6.
The band told the Moscow Times: ‘Russian audiences have always shown us a lot of love. It’s amazing for us to see fans across the world who know every lyric to our songs. We really appreciate all the support they have given us over the years.’ 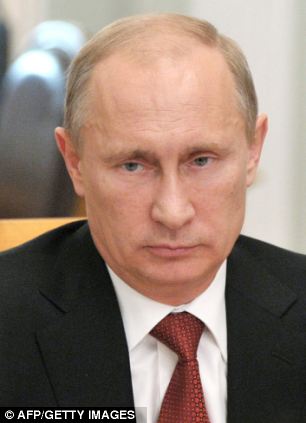 Putin PR: The Russian President hopes to harness the all-American boyband’s raw romantic charm through a gig in Moscow

Boyz II Men are one of America’s most successful and long-standing R&B groups, known for their emotional ballads reflecting the vicissitudes of love, romance and heartbreak.
They burst onto the international music scene in the early 1990s with the 1992 smash hit End Of The Road which stayed Number One on the Billboard Hot 100 for 13 weeks, breaking a decades-old record held by Elvis Presley.
They subsequently broke that record with One Sweet Day, which stayed at the top of the Hot 100 for 16 weeks, consolidating their reputation as international sex symbols and garnering a worldwide following of adoring female fans.

In 2011 Putin announced plans to invest $53billion (£46.9billion) to help raise reproduction rates in the country by 2015.
At the time he warned that Russia’s population will plummet by 30 per cent in the next four decades due to a falling birth rate.

Despite being the worlds largest country at over 6.5million square miles, high rates of smoking, alcoholism, pollution and poverty, together with falling rates, mean Russia’s population will shrink to 116 million by 2050 from 142million last year.
Russia also has the world’s third-largest heroin abuse rate and accounts for a third of all heroin deaths worldwide.

President Putin wants to boost the nation’s birth rate by 25 per cent in the next three years to counteract the predicted decline.
Experts believe the country’s impending demography disaster will drain one million people from its workforce every year until 2017.
Russia’s population peaked at over 146 million in 1991, shortly after the break-up of the Soviet Union, but declined by nearly 800,000 a year until the mid 2000s. 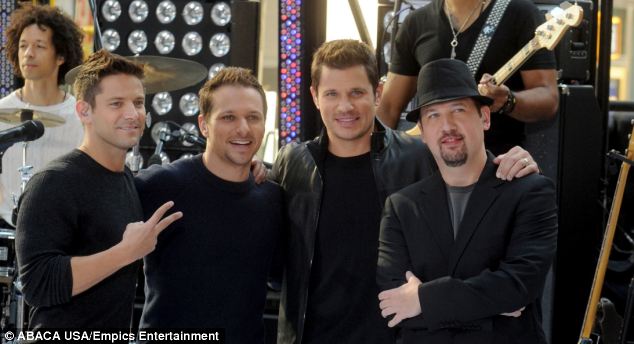 On tour: Morris, Stockman and Morris will take a break from from their Las Vegas hotel residency and rehearsals for their upcoming tour with New Kids on the Block and 98 Degrees (pictured) for the gig 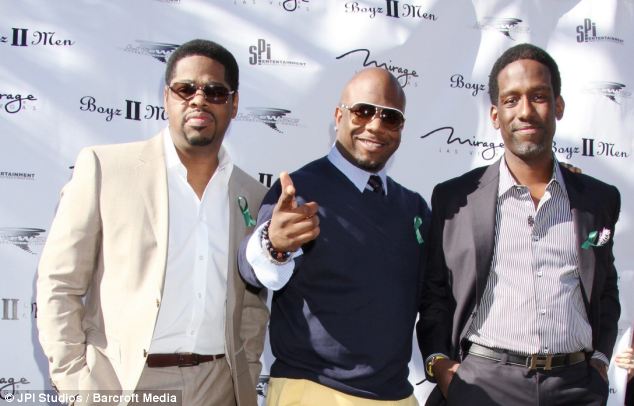 Seasoned performers: Boyz II Men are one of America’s most successful and long-standing R&B groups