By JED LIPINSKI
Published: February 16, 2013
In Rastafarian culture, Babylon symbolizes the corruption of Western society. Bob Marley sang of its oppressions; the Melodians wept by its rivers. But for Watty Burnett, a Jamaican reggae musician who recorded with Mr. Marley, these days Babylon is just a Long Island town nine miles down the road.
“I do a lot of my shopping in Babylon,” Mr. Burnett said recently.
Mr. Burnett — a wiry, bespectacled man with thin dreadlocks and a white cloud of a beard — is the baritone vocalist for the Congos, a group whose 1977 record “Heart of the Congos” is considered one of the greatest roots reggae albums of all time. But while his bandmates Cedric Myton and Roydel Johnson continue to live in Jamaica, Mr. Burnett, 63, has quietly resided in the affluent suburb of Dix Hills, N.Y., since 1980.
When not on tour with the Congos, he does some work as an electrician, records music on his own and occasionally performs with a local reggae outfit called Noah’s Arc, a group of young musicians he met at a house party in Patchogue. 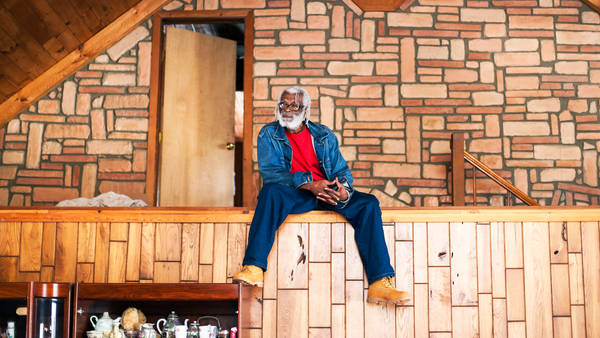 Keeping Reggae Alive: For 30 years, Watty Burnett, considered one of the renowned roots reggae artists, has been living in Dix Hills, Long Island, working as a part-time electrician. He has three new albums on the way.


And he is now in the midst of a comeback of sorts. Last year, a collaboration between the Congos and two young Los Angeles-based psych-rock musicians, titled “Icon Give Thank,” was hailed as one of the best albums of the year by the popular music Webzines Pitchfork and Tiny Mix Tapes.
This year, Mr. Burnett intends to release three new albums: a solo record produced by an independent label in Switzerland; a 14-track ska record called “The Lost Book of Ska,” featuring cameos by ska progenitors like Ernest Ranglin and Stranger Cole; and a compilation of singles he recorded 40 years ago at the legendary Black Ark Studio in Jamaica.
“When I return to Jamaica, they call me a Yankee,” Mr. Burnett said the other day at his home, a renovated 19th-century farmhouse. “Some of them think I lost my roots.”
But then again, he added, “the D.J.s in Kingston still announce on the radio when I’m in town.”
Mr. Burnett grew up as the fifth of nine children in Port Antonio, a small city on the northeast coast of Jamaica. Junior Murvin, a reggae musician who later became known for the single “Police and Thieves,” lived down the street. It was Mr. Murvin who gave Mr. Burnett the nickname “Watty” (his given name is Derrick), because Mr. Burnett’s prominent stutter as a boy caused listeners to ask: What?
At age 19, Mr. Burnett’s single “Pound Get a Blow” placed third in Jamaica’s annual National Festival Song Competition. He began recording songs for the eccentric dub reggae producer Lee (Scratch) Perry. And when Mr. Perry opened the Black Ark Studio a few years later, in 1973, he installed Mr. Burnett as a session vocalist and instrumentalist, placing him at the center of the roots reggae explosion typified by Bob Marley and the Wailers. 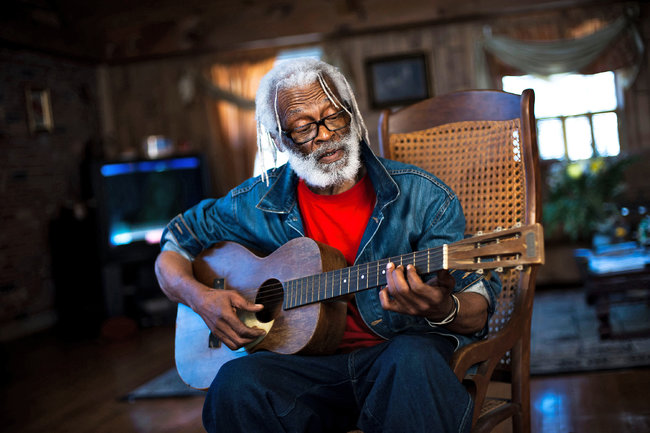 “Around here, I’m nobody,” said Watty Burnett of the Congos, at home in Dix Hills, N.Y. “But in Paris, it’s like I’m Mick Jagger.”

Mr. Burnett often slept on the studio floor. “One time,” he recalled of Mr. Marley, “Bob came in around 2 in the morning and told me, ‘Go wake Scratch.’ Then he sat on a stool with his guitar and started singing this new song: ‘There’s a natural mystic blowing through the air. …’ ”
Mr. Burnett, still half asleep, patted out the rhythm on a set of bongos.
In 1977, Mr. Perry invited Mr. Myton and Mr. Johnson, both Rastafarian devotional singers, into the studio to record what would become “Heart of the Congos.” To balance out Mr. Myton’s falsetto and Mr. Johnson’s tenor, he added Mr. Burnett’s baritone. And so the Congos were formed. The resulting album is often heralded as Mr. Perry’s finest work.
And yet “Heart of the Congos” was a commercial failure. Island Records, whose founder, Chris Blackwell, employed Mr. Perry as an in-house producer, never released it. Mr. Perry and the Congos later released remixed versions through much smaller labels, but sales were negligible.
According to “People Funny Boy,” a biography of Mr. Perry by the music journalist David Katz, the Congos believed that Island Records saw them as a threat to Mr. Marley, whom the label had spent millions of dollars promoting. 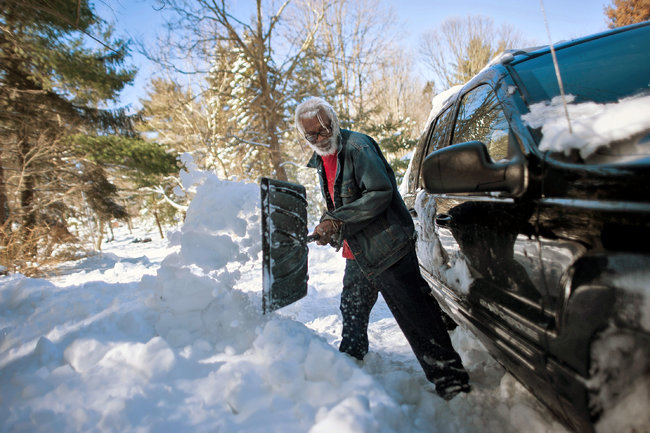 At times, Watty Burnett is just another suburbanite.

Whatever the cause, the album’s failure led the band to cut ties with Mr. Perry. Through a combination of financial mismanagement, personal friction and bad luck, the Congos dissolved in 1981.
Before the breakup, however, Mr. Burnett appeared at a club in Roslyn, N.Y., as the M.C. of a show by the Mighty Diamonds, another popular reggae act. There, he met a young high school English teacher from Glen Cove, N.Y., named Eileen Regar.
“He introduced himself as Watty from the Congos,” she said recently, adding that she had never heard of him. “I thought he meant the Congo, in Africa. So I said: ‘I’m Eileen from New York.’ ”
Mr. Burnett left for France the next day, but the two remained in touch.
Then one day in 1979, Eileen from New York materialized in Mr. Burnett’s condominium in the hills outside Kingston, Jamaica.
Mr. Burnett was stunned. “I said, ‘How ya find me? I’m not on the map!’ ” he recalled. “And she said: ‘I could feel your presence.’ ”
She offered a slightly different version. “I’d asked a friend of his where he lived,” she said, laughing. “But it’s true: he wasn’t on the map.”
When she returned to Glen Cove, on the North Shore of Long Island, to resume her teaching job that fall, Mr. Burnett joined her. They married not long after, and have two children, a son and a daughter. 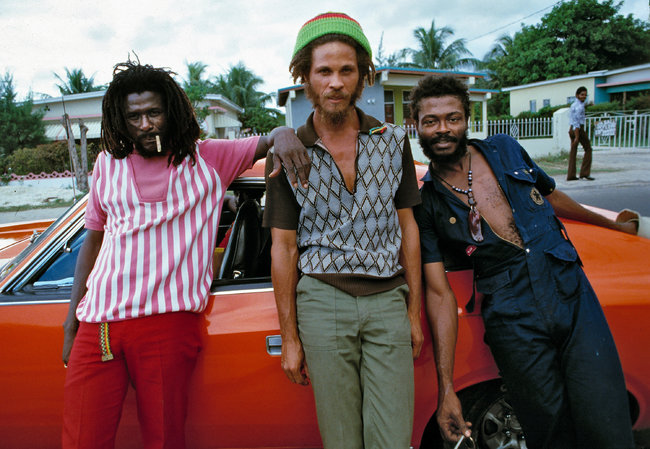 But Mr. Burnett is also the baritone vocalist for the Congos, at right, with Roydel Johnson, left, and Cedric Myton in 1978.

For a dreadlocked Rastafarian, Long Island took some getting used to. Mr. Burnett remembers a trip to Freeport from Manhattan on the Long Island Rail Road, accompanied by the bass player for the Congos, Tony Allen.
“When we got to Queens, the conductor said, ‘This is Jamaica, last stop Babylon!’ ” he said. “We got really angry. We thought, ‘This guy’s messing with us!’ ”
Through the ’80s and early ’90s, Mr. Burnett recorded sporadically at local studios while working primarily as an electrician, installing surveillance cameras and wiring for local businesses. He attended all of his daughter’s dance competitions and coached his son’s traveling soccer team.
“He was a real hands-on dad,” Ms. Burnett said.
Then in 1996, the British reggae revival label Blood and Fire reissued “Heart of the Congos.” The album became one of the biggest sellers in the label’s history and introduced the Congos to a new generation of fans.
In the wake of the reissue, Mr. Burnett reconnected with Mr. Myton, and they released several new albums under the Congos name. Finally, in 2006, Mr. Johnson joined them onstage at the Rebel Salute Festival in Jamaica, marking the band’s official return. 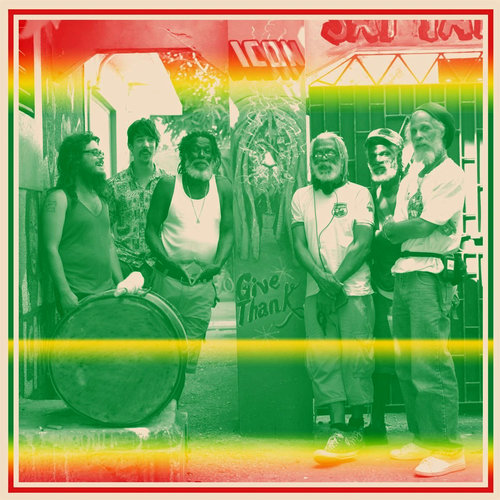 Their recent album is “Icon Give Thank.”

The Congos now tour extensively through Europe each summer, playing to thousands of people at massive reggae festivals like Rototom Sunsplash in Benicàssim, Spain. But they remain relatively obscure in the United States.
“Generally speaking, European audiences have always been hungrier for and more knowledgeable about roots reggae than their counterparts in the U.S.,” said Mike Alleyne, author of “The Encyclopedia of Reggae.”
Mr. Burnett puts it more bluntly: “Around here, I’m nobody,” he said, gesturing at the walls of his living room. “But in Paris, it’s like I’m Mick Jagger.”
Even so, during a performance with Noah’s Arc at the 89 North Music Venue in Patchogue, N.Y., last month, Mr. Burnett’s appearance on stage drew cheers from the sold-out crowd of around 500.
“Give it up for our hometown hero, Watty B!” shouted the guitarist, Craig Pagano.
Mr. Burnett, dressed in baggy jeans, a khaki army jacket and Timberland work boots, sang some of his greatest hits and covered “Buckingham Palace,” a song by his late friend Peter Tosh, as Noah’s Arc supplied a lively ska rhythm.
The crowd smiled at the disparity between Mr. Burnett’s small stature and his booming baritone. Before stepping offstage, he leaned into the microphone and declared: “On the air, everywhere, Watty B on your radio.”
It was no Jamaican dance hall, but the walls of the club shook with the sound of his voice.

'Dear uncles, I am free': Fascinating 19th century letters give glimpse into lives of African-American slaves

William Greaves, a Documentarian and Pioneering Journalist, Dies at 87