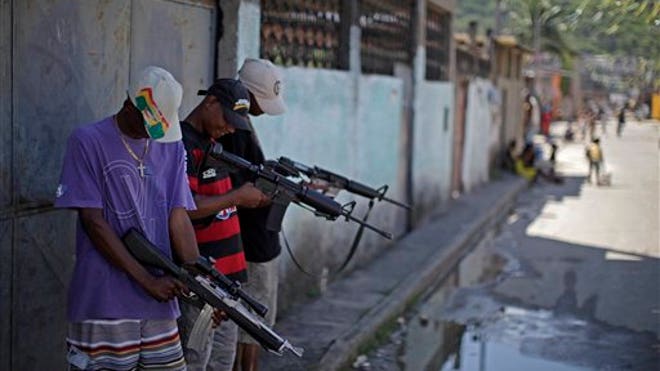 Nov. 27: Alleged drug traffickers who did not want to identify themselves, hold their weapons while posing for a photo at a slum in western Rio de Janeiro, Brazil. (AP)

São Paulo –  A rising wave in violence in São Paulo is uprooting the daily lives on the city’s inhabitants.

At least 140 people have been murdered in South America’s biggest city over the past two weeks, São Paulo’s Public Safety Department says.

Killings in São Paulo began sharply increasing in September, a month in which 144 people were killed, the department’s website says. It says a total of 982 homicides took place in the city during the first nine months of the year.

The victims included 90 police officers, most of them gunned down while off duty.

A Public Safety Department official said Saturday that the killings of police have been ordered by imprisoned leaders of an organized crime group called the First Capital Command in reprisal for a crackdown on the drug trade. The official spoke on condition of anonymity because he was not authorized to speak to the press.

The First Capital Command is one of Brazil’s most notorious organized crime groups. Based in São Paulo state prisons, the group allegedly was behind several waves of attacks on police, government buildings, banks and public buses in 2006. Those assaults and counterattacks by police in the slums killed more than 200 people.

With the latest violence, shops and schools in some São Paulo districts closed early this past week as rumors of gang-imposed curfews spread. 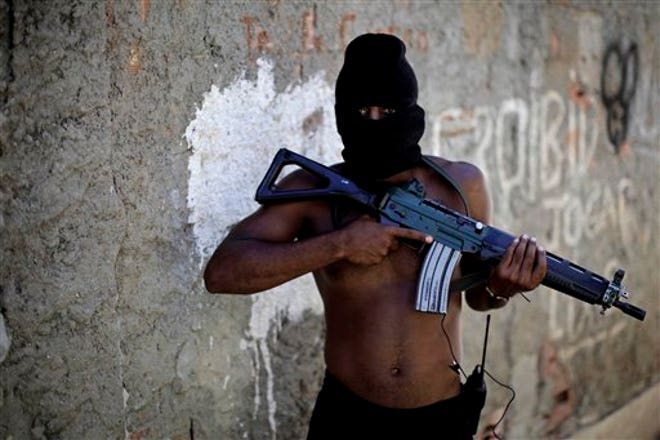 “In view of the wave of violence in the city’s south zone, the school’s directors decided to send staff and students home early so as to assure their safety,” Eliane Valerio de Souza, administrative assistant at a professional training school, told the newspaper Folha de S. Paulo.

São Paulo state authorities last week said incarcerated leaders of the First Capital Command suspected of using smuggled cellphones to order attacks and coordinate drug sales, murders of rival gang members and the purchase of weapons, would be transferred to a maximum security federal prison outside the state.

On Thursday, one of the gang’s lower echelon leaders was sent go a federal penitentiary in northern Brazil. Others are expected be transferred by the end of the month.

Why has China built a ghost town in Africa?