By SUSAN JACOBY
Published: January 5, 2013
IN a recent conversation with a fellow journalist, I voiced my exasperation at the endless talk about faith in God as the only consolation for those devastated by the unfathomable murders in Newtown, Conn. Some of those grieving parents surely believe, as I do, that this is our one and only life. Atheists cannot find solace in the idea that dead children are now angels in heaven. “That only shows the limits of atheism,” my colleague replied. “It’s all about nonbelief and has nothing to offer when people are suffering.”
This widespread misapprehension that atheists believe in nothing positive is one of the main reasons secularly inclined Americans — roughly 20 percent of the population — do not wield public influence commensurate with their numbers. One major problem is the dearth of secular community institutions. But the most powerful force holding us back is our own reluctance to speak, particularly at moments of high national drama and emotion, with the combination of reason and passion needed to erase the image of the atheist as a bloodless intellectual robot.
The secular community is fearful of seeming to proselytize. When giving talks on college campuses, I used to avoid personal discussions of my atheism. But over the years, I have changed my mind because such diffidence contributes to the false image of the atheist as someone whose convictions are removed from ordinary experience. It is vital to show that there are indeed atheists in foxholes, and wherever else human beings suffer and die. 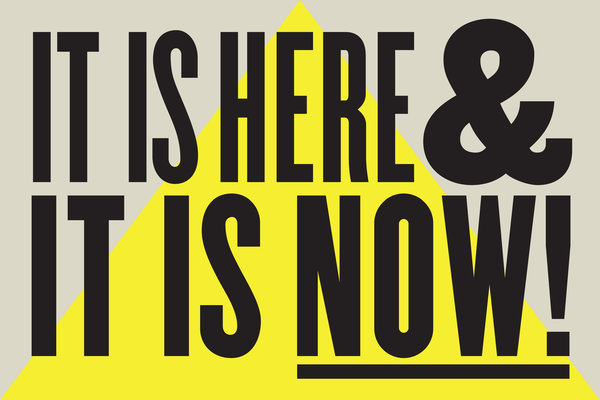 Now when students ask how I came to believe what I believe, I tell them that I trace my atheism to my first encounter, at age 7, with the scourge of polio. In 1952, a 9-year-old friend was stricken by the disease and clinging to life in an iron lung. After visiting him in the hospital, I asked my mother, “Why would God do that to a little boy?” She sighed in a way that telegraphed her lack of conviction and said: “I don’t know. The priest would say God must have his reasons, but I don’t know what they could be.”
Just two years later, in 1954, Jonas Salk’s vaccine began the process of eradicating polio, and my mother took the opportunity to suggest that God may have guided his research. I remember replying, “Well, God should have guided the doctors a long time ago so that Al wouldn’t be in an iron lung.” (He was to die only eight years later, by which time I was a committed atheist.)
The first time I told this story to a class, I was deeply gratified when one student confided that his religious doubts arose from the struggles of a severely disabled sibling, and that he had never been able to discuss the subject candidly with his fundamentalist parents. One of the most positive things any atheist can do is provide a willing ear for a doubter — even if the doubter remains a religious believer.
IT is primarily in the face of suffering, whether the tragedy is individual or collective, that I am forcefully reminded of what atheism has to offer. When I try to help a loved one losing his mind to Alzheimer’s, when I see homeless people shivering in the wake of a deadly storm, when the news media bring me almost obscenely close to the raw grief of bereft parents, I do not have to ask, as all people of faith must, why an all-powerful, all-good God allows such things to happen.
It is a positive blessing, not a negation of belief, to be free of what is known as the theodicy problem. Human “free will” is Western monotheism’s answer to the question of why God does not use his power to prevent the slaughter of innocents, and many people throughout history (some murdered as heretics) have not been able to let God off the hook in that fashion.
The atheist is free to concentrate on the fate of this world — whether that means visiting a friend in a hospital or advocating for tougher gun control laws — without trying to square things with an unseen overlord in the next. Atheists do not want to deny religious believers the comfort of their faith. We do want our fellow citizens to respect our deeply held conviction that the absence of an afterlife lends a greater, not a lesser, moral importance to our actions on earth.
Today’s atheists would do well to emulate some of the great 19th-century American freethinkers, who insisted that reason and emotion were not opposed but complementary.
Robert Green Ingersoll, who died in 1899 and was one of the most famous orators of his generation, personified this combination of passion and rationality. Called “The Great Agnostic,” Ingersoll insisted that there was no difference between atheism and agnosticism because it was impossible for anyone to “know” whether God existed or not. He used his secular pulpit to advocate for social causes like justice for African-Americans, women’s rights, prison reform and the elimination of cruelty to animals.
He also frequently delivered secular eulogies at funerals and offered consolation that he clearly considered an important part of his mission. In 1882, at the graveside of a friend’s child, he declared: “They who stand with breaking hearts around this little grave, need have no fear. The larger and the nobler faith in all that is, and is to be, tells us that death, even at its worst, is only perfect rest … The dead do not suffer.”
Today’s secularists must do more than mount defensive campaigns proclaiming that we can be “good without God.” Atheists must stand up instead of calling themselves freethinkers, agnostics, secular humanists or “spiritual, but not religious.” The last phrase, translated from the psychobabble, can mean just about anything — that the speaker is an atheist who fears social disapproval or a fence-sitter who wants the theoretical benefits of faith, including hope of eternal life, without the obligations of actually practicing a religion. Atheists may also be secular humanists and freethinkers — I answer to all three — but avoidance of identification with atheism confines us to a closet that encourages us to fade or be pushed into the background when tragedy strikes.
We must speak up as atheists in order to take responsibility for whatever it is humans are responsible for — including violence in our streets and schools. We need to demonstrate that atheism is rooted in empathy as well as intellect. And although atheism is not a religion, we need community-based outreach programs so that our activists will be as recognizable to their neighbors as the clergy.
Finally, we need to show up at gravesides, as Ingersoll did, to offer whatever consolation we can.
In his speech at an interfaith prayer vigil in Newtown on Dec. 16, President Obama observed that “the world’s religions — so many of them represented here today — start with a simple question: Why are we here? What gives our life meaning?” He could easily have amended that to “the world’s religions and secular philosophies.” He could have said something like, “Whether you are religious or nonreligious, may you find solace in the knowledge that the suffering is ours, but that those we love suffer no more.”
Somewhere in that audience, and in the larger national audience, there were mourners who would have been comforted by the acknowledgment that their lives have meaning even if they do not regard death as the door to another life, but “only perfect rest.”