By JAMES NYE
PUBLISHED: 08:51 EST, 4 June 2013 | UPDATED: 16:27 EST, 4 June 2013
Two white police officers have been fired for brutally man-handling a black woman in the Texan town of Jasper – which is no stranger to racial tensions.
The incident occurred on May 5th at the police headquarters and surveillance footage from the day shows Keyarika ‘Shea’ Diggles, 25, having her head rammed into a shoulder height counter by officers Ricky Grissom and Ryan Cunningham before she is dragged to a cell handcuffed by her feet.
‘The amount of force used was abominable,’  said, Diggles’ attorney Cade Bernsen.. 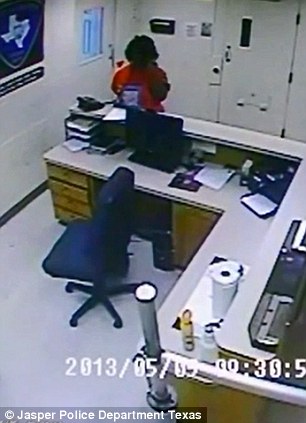 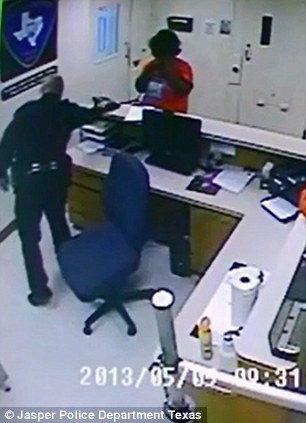 Diggles was brought to the jail for an unpaid fine and was on the telephone to her mother to arrange a delivery of $100 when Officer Grissom slammed his hand onto the phone – cutting off the call.
While Diggles begins to remonstrate with Grissom, Officer Cunningham comes from behind her and attempts to handcuff her, but not before he pushes her forward and slams her head onto the countertop.

The two men then wrestle Diggles to the floor before dragging her by her ankles into a jail cell. At one point Officer Cunningham yanks Diggles’ shoe off her foot – causing him to loose his balance and fall onto the floor unceremoniously.
‘She got her hair pulled out, broke a tooth, braces got knocked off … it was brutal,’ Bernsen said to Yahoo News. 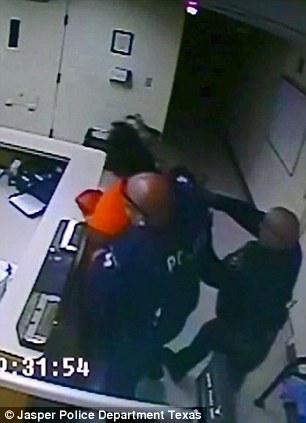 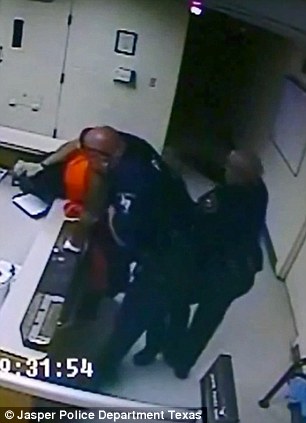 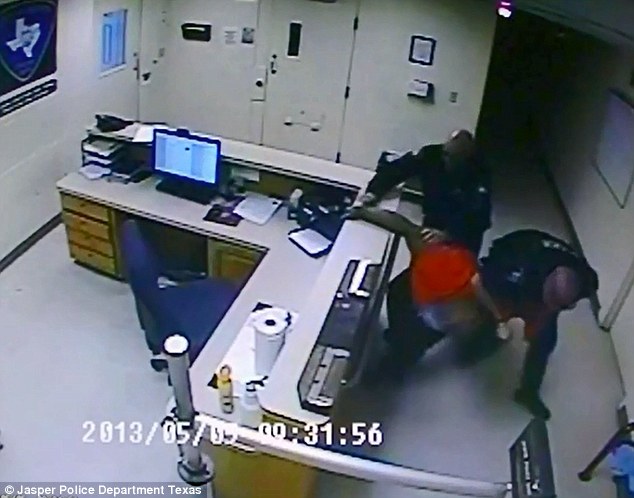 Archibald Carey, Jr: Man Who Influenced MLK "I Have A Dream Speech"

'Snow Riot' of 1835: Black businesses, and schools destroyed by mob of whites