By Megan Sheets For Dailymail.com

A man was beaten up in an Alabama Waffle House after he allegedly called another customer the N-word.

A fellow customer captured the ordeal on his cell phone and posted it online on Tuesday.

Two customers are seen arguing in the restaurant. Tensions rise as more customers get up and crowd around the two men.

The conversation is indistinguishable, but one of the men in a black shirt allegedly used the N-word, causing the other man in a red shirt to throw him down on one of the tables.

The man taking the video can be heard saying: ‘Somebody call the police! I ain’t breakin’ up nothin’!’

Several other customers try to intervene but the man in the red shirt keeps the other man pinned to the table while they continue to argue.

The man in the black shirt punches the other man but can’t manage to escape from his grip on the table.

The man in the red shirt stands up on the booth and uses his leverage to hit the other man forcefully from above. 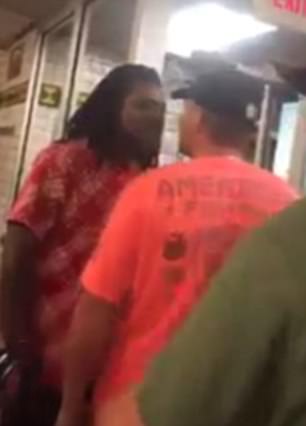 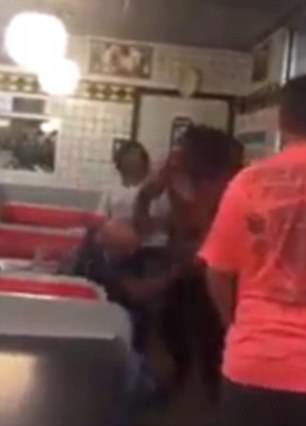 A shocking video capturesan indistinguishable argument between customers at an Alabama Waffle House. One of the men in a black shirt allegedly called a man in the red shirt the N-word 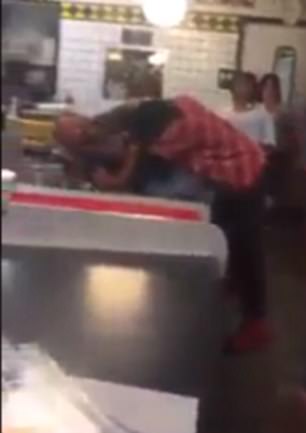 Three onlookers grab the man’s arm to pull him down from the table and off the other man.

The man taking the video says: ‘That’s enough! Get him off!’ while he continues filming.

The man in the red shirt gets off the table but is blocked from exiting by the onlookers who appeared to be defending the man who said the N-word.

He steps back into the bathroom as the man in the black shirt is escorted outside by fellow customers. 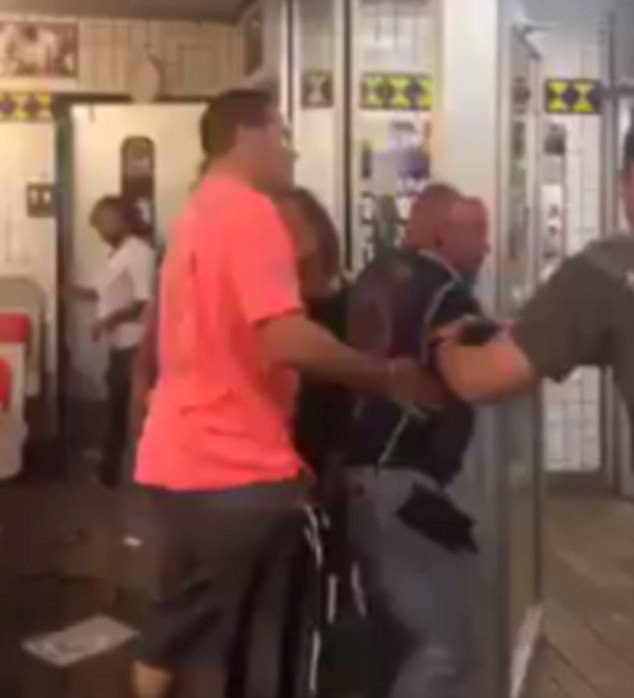